As has been noted before in these parts, the sewing adventures of the Cashmerettes tend to go in fits and starts. For me (Jenny) it’s been a summer of buying a house, renovating a kitchen, hosting visitors and running around in the sun… which meant, not much sewing. (Lauren’s hiatus on the other hand was altogether more scholarly). However, the good news is that it’s the time of the year when one’s mind turns to buying new stationery supplies, getting a new school blazer and doing some sewing (at least two of those things are true).

My big adventure is going to be doing a Clothing Construction class at Massachusetts School of Art and Design (aka MassArt). I was originally enrolled at the Boston School of Fashion Design but they messed me around and eventually cancelled the class, so I transferred over to MassArt instead, once I figured out that sewing classes are categorized under “Fibers”.  The tutor is called Maritza, and she is an enthusiastic woman from Puerto Rico with a penchant for going on tangents and laughing at herself a lot. I was concerned about whether the class would be the right level for me – it’s the first one I’ve ever taken, and I’m a sort of patchy-intermediate level. However, we’re all basically going to work on our own pieces and she helps out one-to-one. This is already proving to be great. Maritza is, er, “blessed” in a similar way to me so really knows how to help me with my particular needs. Let’s just say I hope that’s the last time someone measures the distance between my “breast apexes” (apii?)  in public. 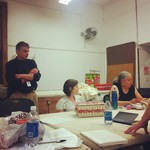 I’ve decided to make a simple pencil skirt. I figure that if I can work out how to make it *perfectly*, it’ll be a great staple for my wardrobe. Once you have a muslin that you’ve fitted to yourself it’s amazing what you can do – all sorts of variations, but it’ll still fit well, which is the holy grail of sewing.

I’m going to use this pattern, view A (without the buttons though), and this great black and white silk wool fabric that I bought at Paron fabrics on my recent fabric-buying trip to New York City. I’m using black silk organza for underlining (which will give the skirt a great firm feel and look) and black bemberg for the lining, also from Paron. I plan to mostly stand like this woman pictured below. 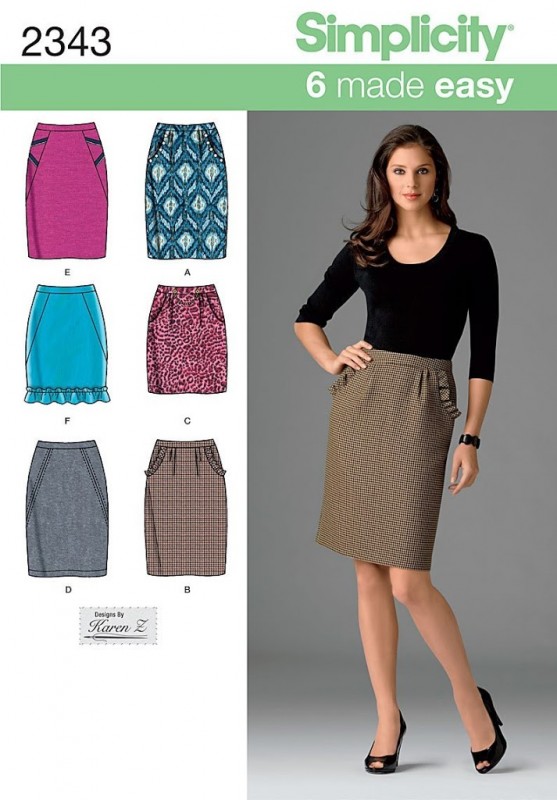 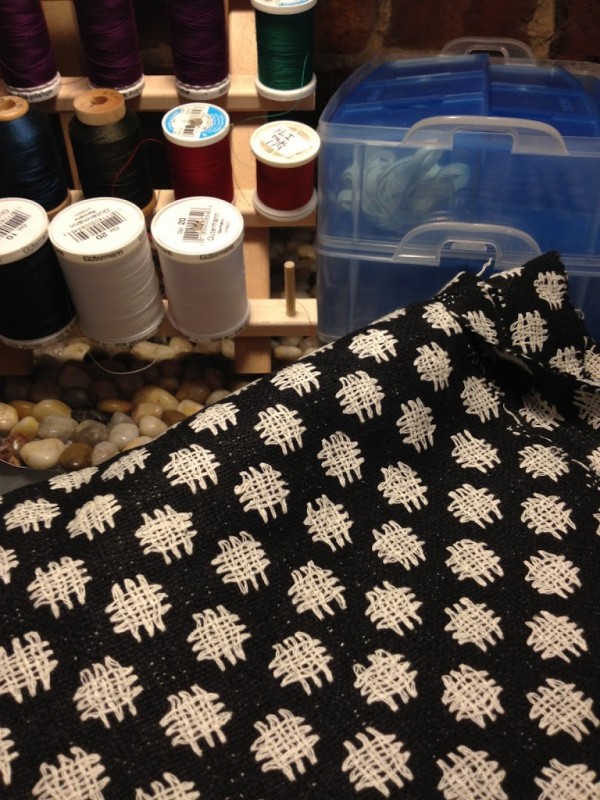 I made up a muslin for class – which is basically a test garment made out of cheap material, which you use to test the fit. I forgot to take photos, although to be honest they would hardly have been the most flattering of pictures, so we’re probably all better off that I didn’t remember. Maritza showed me that the waistband needed to be adjusted in (always a thrill!) and the back darts taken down another inch – and voila, all the rippling in the fabric disappeared. I’m going to definitely hang out and watch other people getting their muslins fitted because it’s something that’s very hard to learn from reading books on the subject – hopefully the live teaching will be much better.

Coming next: Martiza’s tips! One benefit of doing a beginner’s class is that they go over everything… from the beginning. And then you realise you’ve been doing basic things wrong all along!