close
Coat woe is me. I had a bad feeling about putting the sleeves in: the princess seams absolutely refused to go in smoothly, and there are puckers all along the curves, so what hope did the curviest of curves, the sleeve, have? Not much, says I. Theories for *why* my cashmere refuses to be moulded abound. Maybe I used the wrong kind of interfacing (Sewing Supply’s pro-weft medium weight). Maybe I should have pre-shrunk the entire bolt of cashmere first (I didn’t do this for my last coat and it was fine, but perhaps cashmere is different). Maybe I should just have not been foolish enough to purchase a lightweight, solid colour coating – coat beginners if I can offer you one tip, it’s make your first coat from a dark, textured, reasonably heavy wool. Thank me later.
Anyhow, it all started fairly well putting together my elegant two piece sleeve: 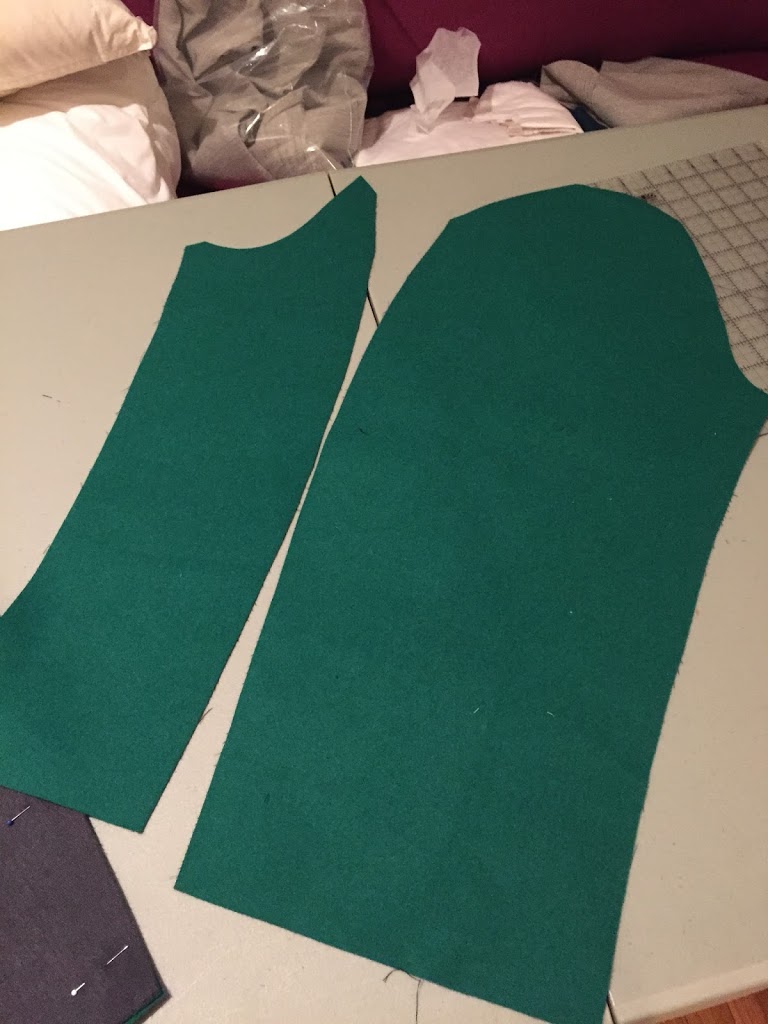 And then…. crap. The actual sleeve head isn’t too bad. But puckers a-hoy on the armsyce, which weren’t there before the sleeve got eased in. Once again, pressing/steaming doesn’t help – in fact, it gets worse. I spent a long time gently pressing the curve over a ham, but as soon as I lift the iron… puckers re-form. They’re not under any stress – it’s just the fabric waving. 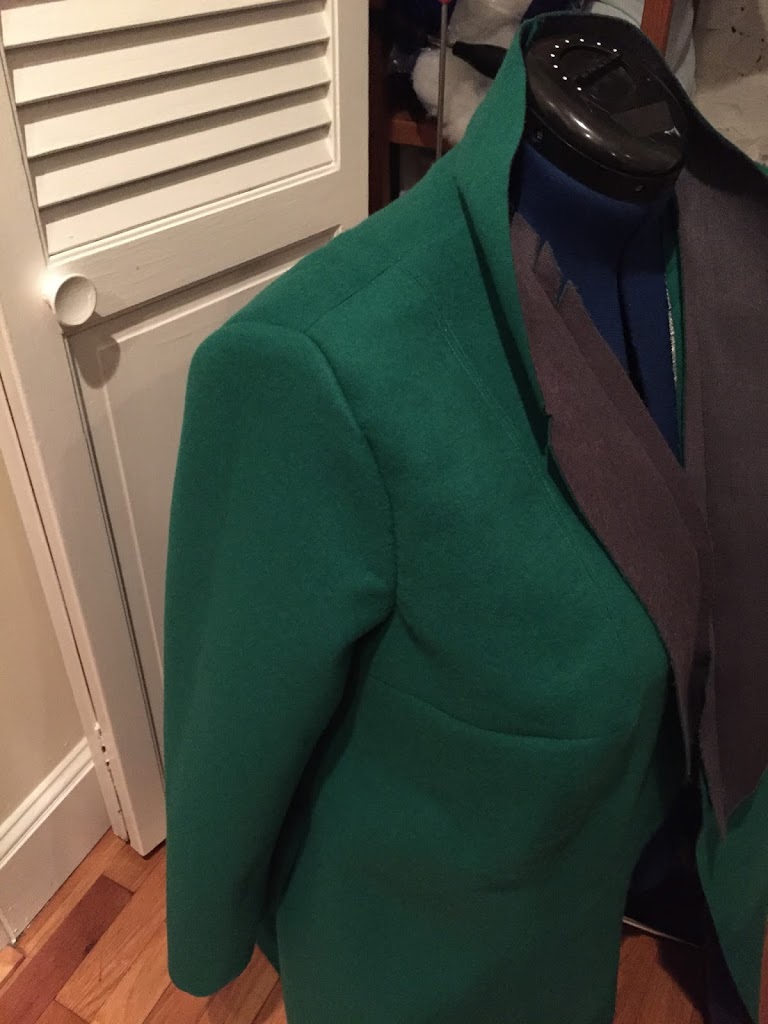 Avert your eyes from this misery 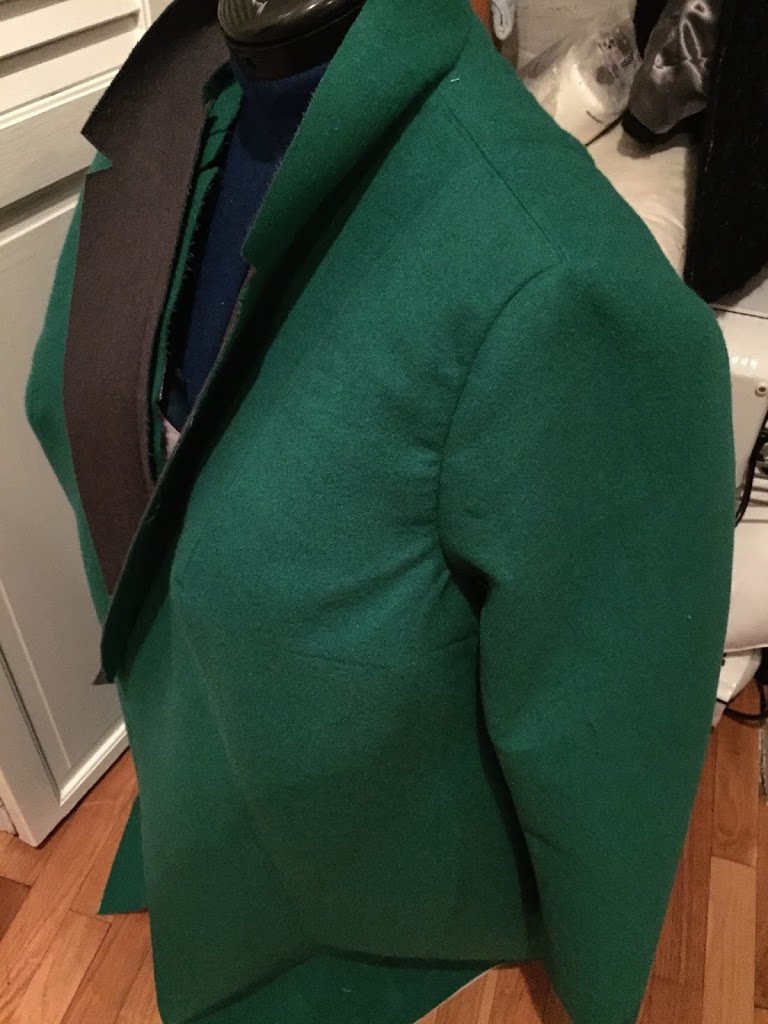 The only saving grace is that the back looks fine! Quite why, I’m not sure. 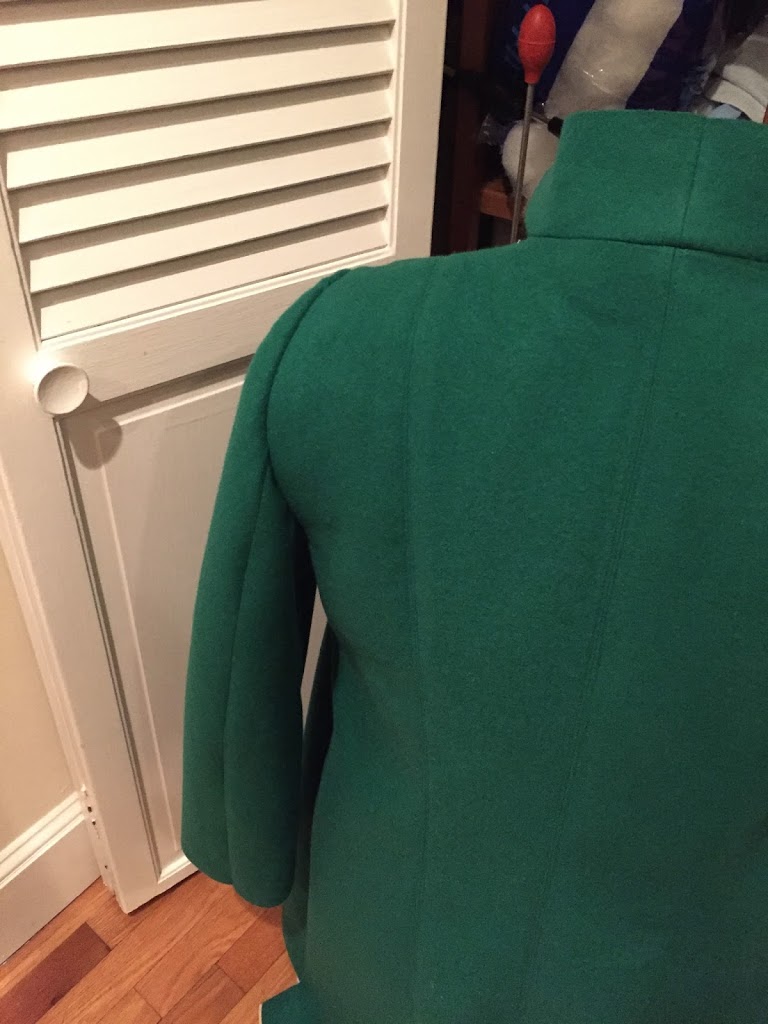 And on, you can see a further issue with a new armpit wrinkle. 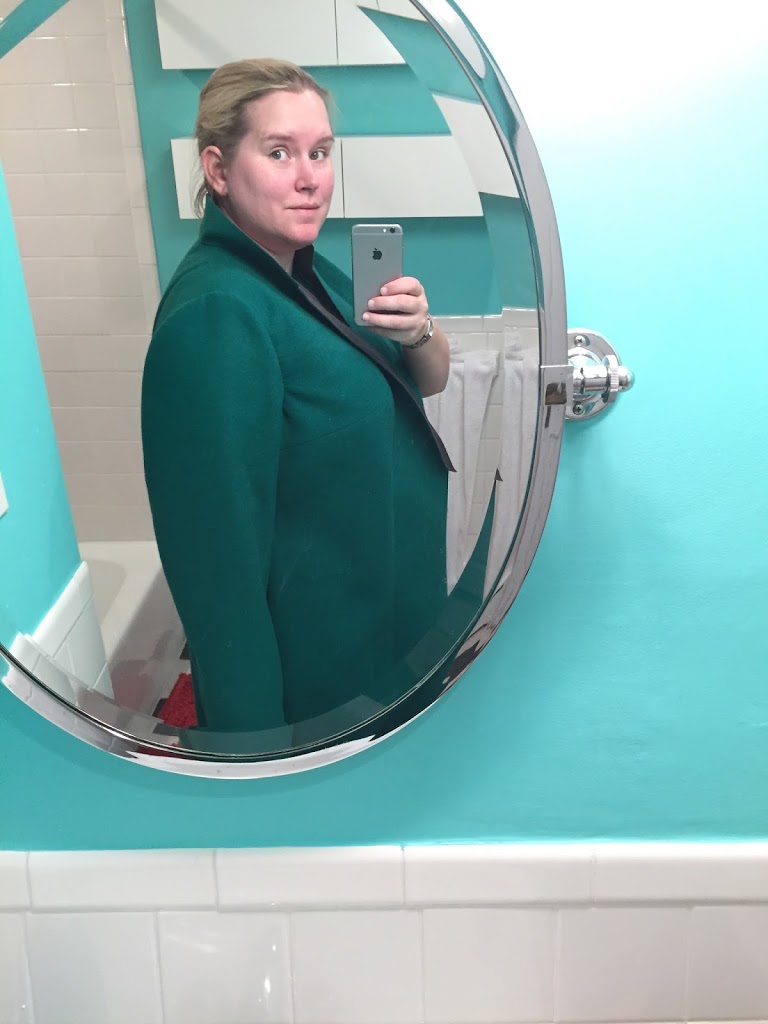 So, what to do now? Maybe I just chose a really bad fabric/interfacing combination and nothing’s going to remedy it. Options are:
1. Just scrap it. Get over the expense (sigh) and start again in a few months with better fabric choices
2. Unpick both the sleeves (basted *and* sewn!) and somehow see if there’s a way to get the puckers out *without* steaming/pressing. Some people have suggested removing the interfacing – it’s fusible so that would be very tricky but maybe I can cut it off with a razor somehow (obviously risks damaging the cashmere but could be worth as a last shot)
3. Throw it in a corner and maybe in a few months attempt again
Unfortunately this all coincides with a period of great stress at work, so I sort of dread coming home and then working on a frustrating sewing project that I’m concerned I may not even like once it’s done. That’s not what sewing is about!
What do you reckon, oh wise ones?
Share:
You might also like

48 thoughts on “Coating with Cashmerette: When to quit? That is the question.”

Sign up for our newsletter and you’ll receive exclusive offers, curvy sewing news, and 10% off your next purchase.
END_OF_DOCUMENT_TOKEN_TO_BE_REPLACED