close
There’s no rest for the wicked, nor indeed for this Cashmerette. No sooner were the maxi skirts buried in a deep dark closet to hibernate for summer, than more planes were hopped on, and I’ve now been in London and Berlin in the past week. Phew!
Downside: jet lag, packing, sore feet
Upside: friends! family! fabric stores! (oh, work. Did I mention work? Probably should).
One must-do stop in London, was, of course, Liberty. I feel like I see Liberty fabrics even more in the US sewing blogging world than in everyday life in the UK so I thought, just in case you haven’t visited before, I’d give you a sneak peek at the Liberty store itself. Oh, and my new Renfrew! It is, I admit, a failure of imagination: another Breton top. But if it’s good enough for Tilly, it’s good enough for me. 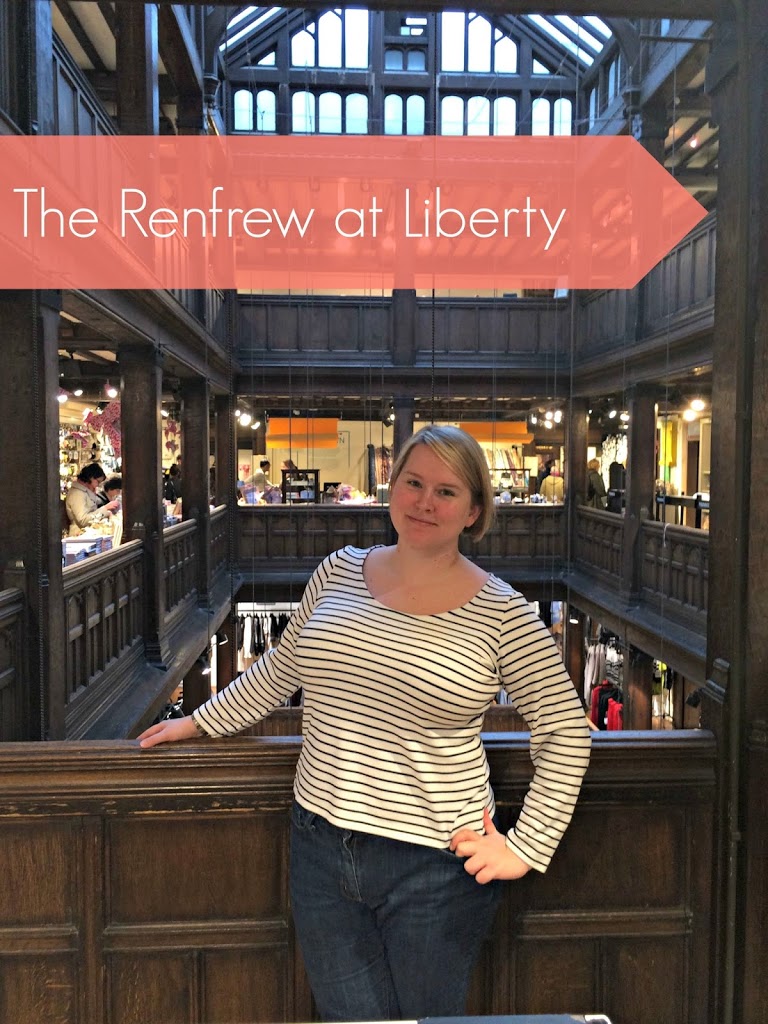 Despite some non-Brit fantasies that London is all bowler hats, Mary Poppins and Tudor mansions, that isn’t quite true.

Except when it comes to the Liberty department store.

Then it sort of is: 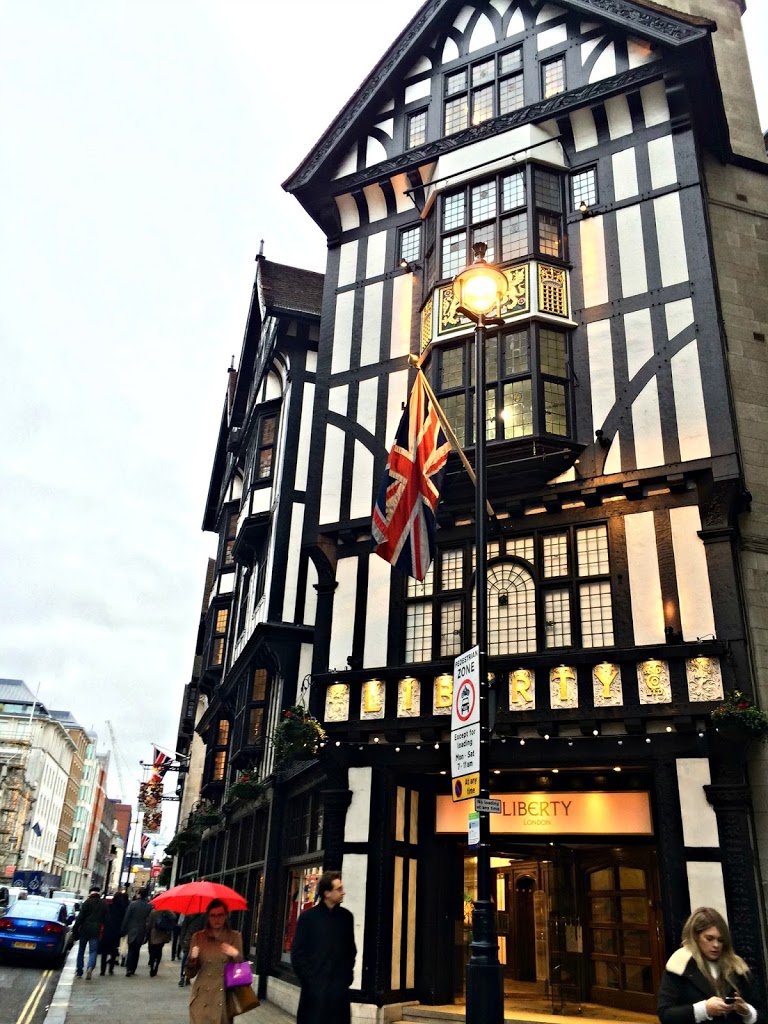 Liberty dates from 1875, and has been in its Regent St location since 1885; the famous Tudor structure was built in the 1920s during the Tudor revival period (so no, it’s not actually from King Henry VII’s time, though it’s also not quite as bad as those mock Tudor mansions in the US….) You can read more about Liberty’s history here. 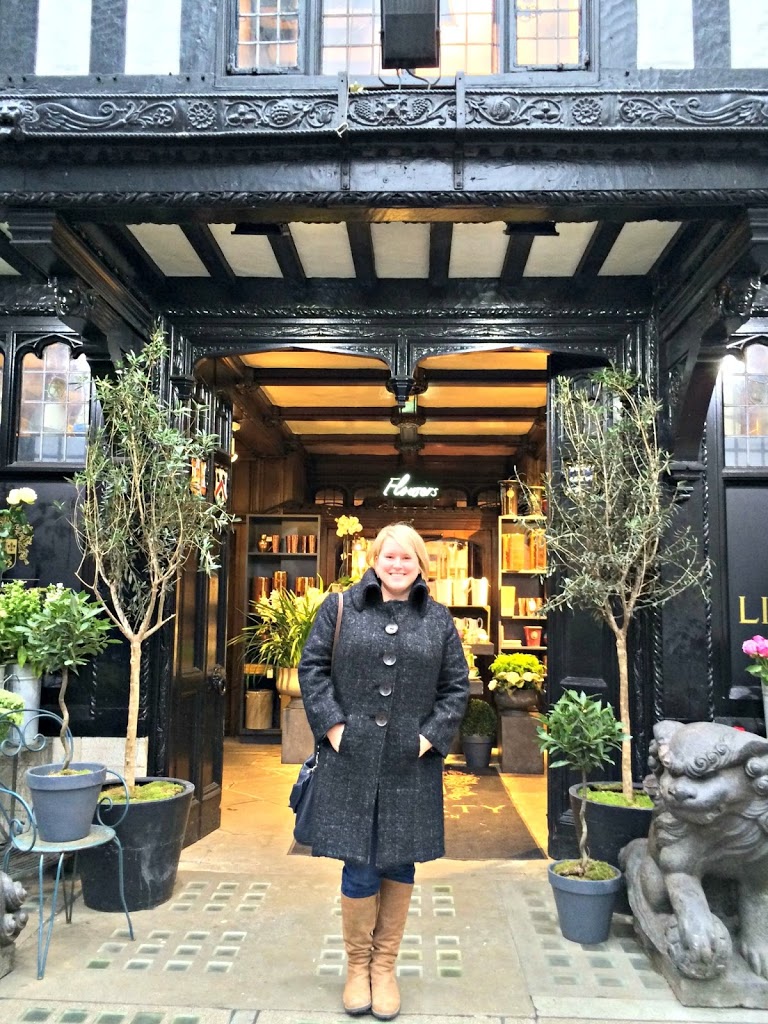 The inside of the building is breathtaking and incredibly unusual, with the different departments all connected with enormous atriums and glass rooves: 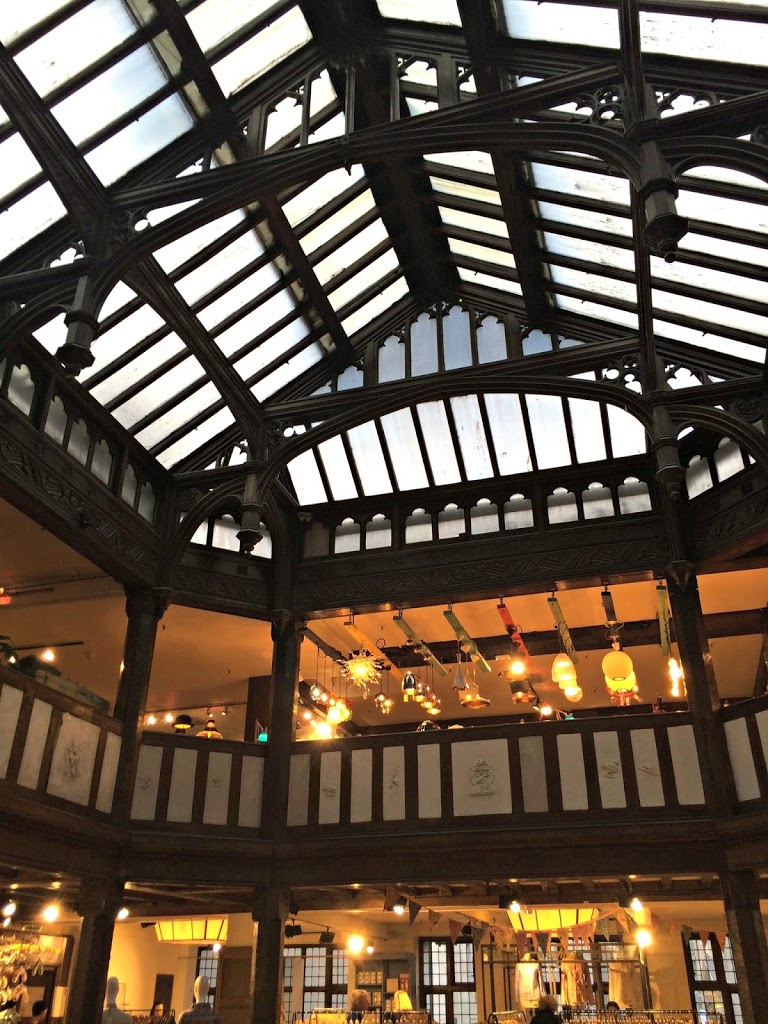 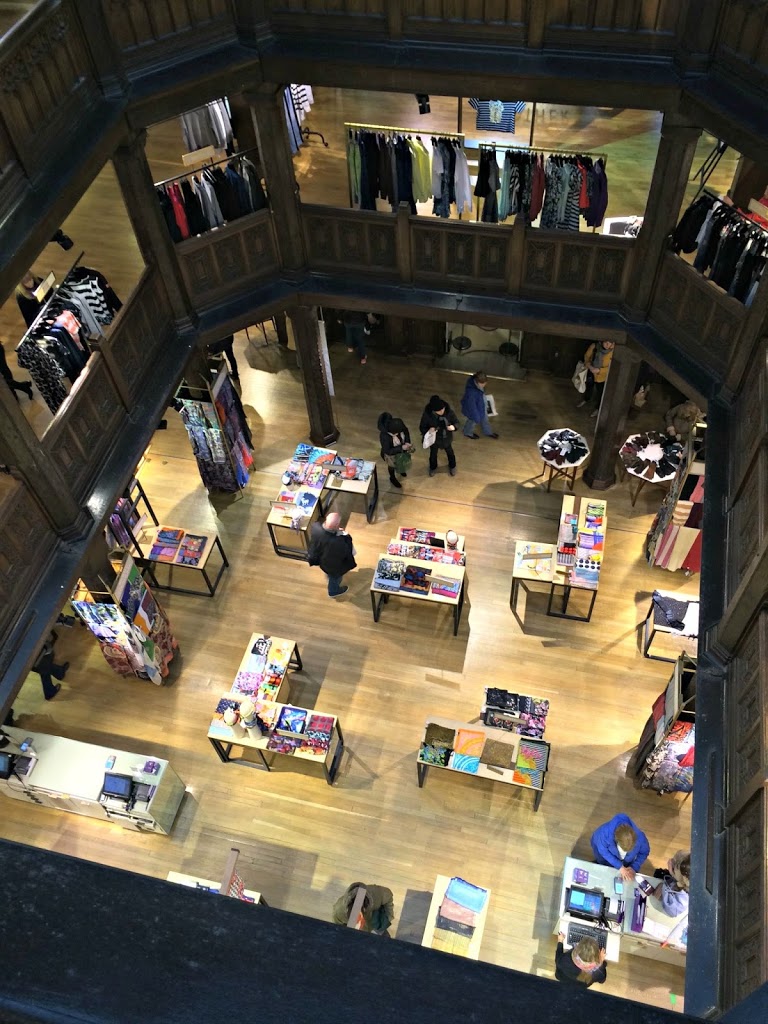 Here’s the haberdashery floor! Across the gallery you can see the extensive selection of Tana lawns. 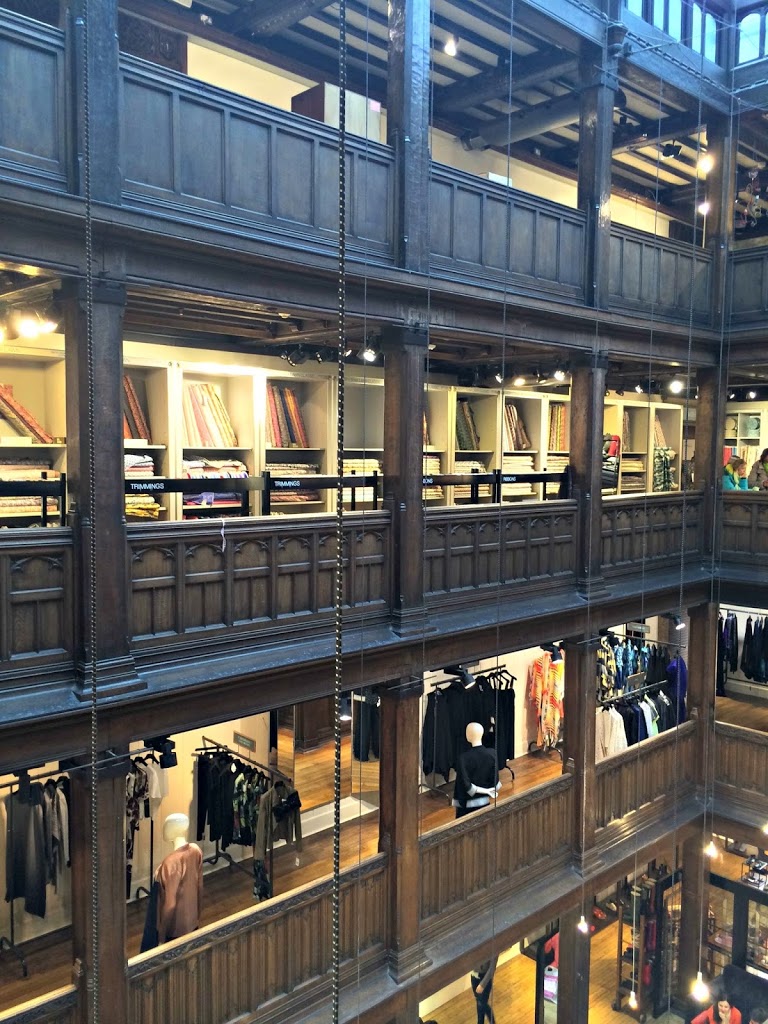 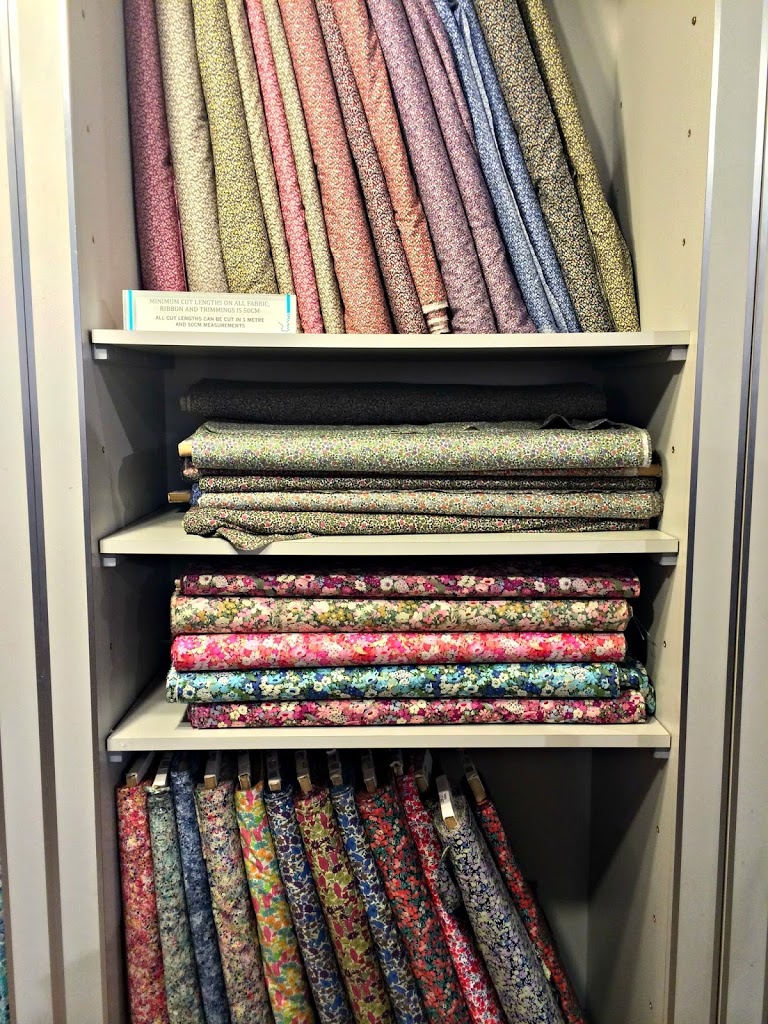 Talking of which, did you know that Tana Lawn is named after Lake Tana in Sudan? Well now you do. 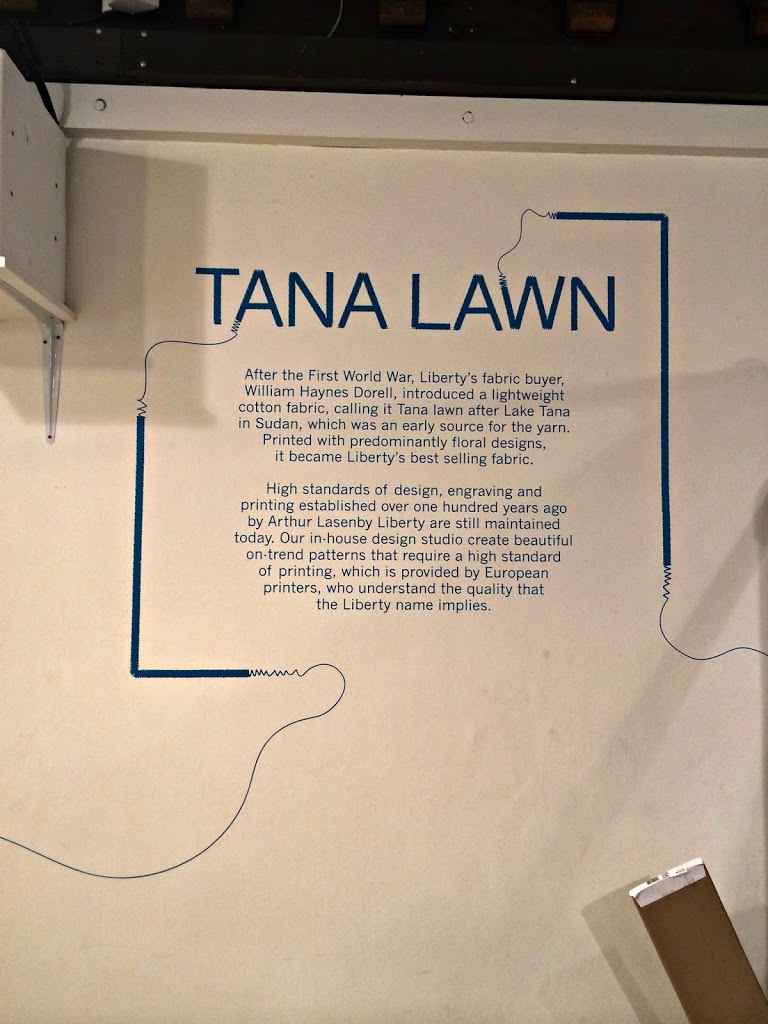 I took the opportunity to pose in my latest Renfrew, made with THE MOST DELIGHTFUL stable doubleknit from EmmaOneSock. This stuff is a total dream. I also have it in the navy/white stripe colourway and you can bet your cotton socks you’re going to see something else soon.
This garment was also (yet another!) silver-lining-in-a-cloud make. I initially made it with newly purchased purple silk bias tape. Did I pre-wash? Oh no I didn’t. Cue, purple dye all around the neckline that didn’t come out with various stain removal attempts.
So, I just cut it off! And re-did the neckline in my trusty blue bias.. and what do you know, but I actually prefer the wider, scoop-ier neckline. 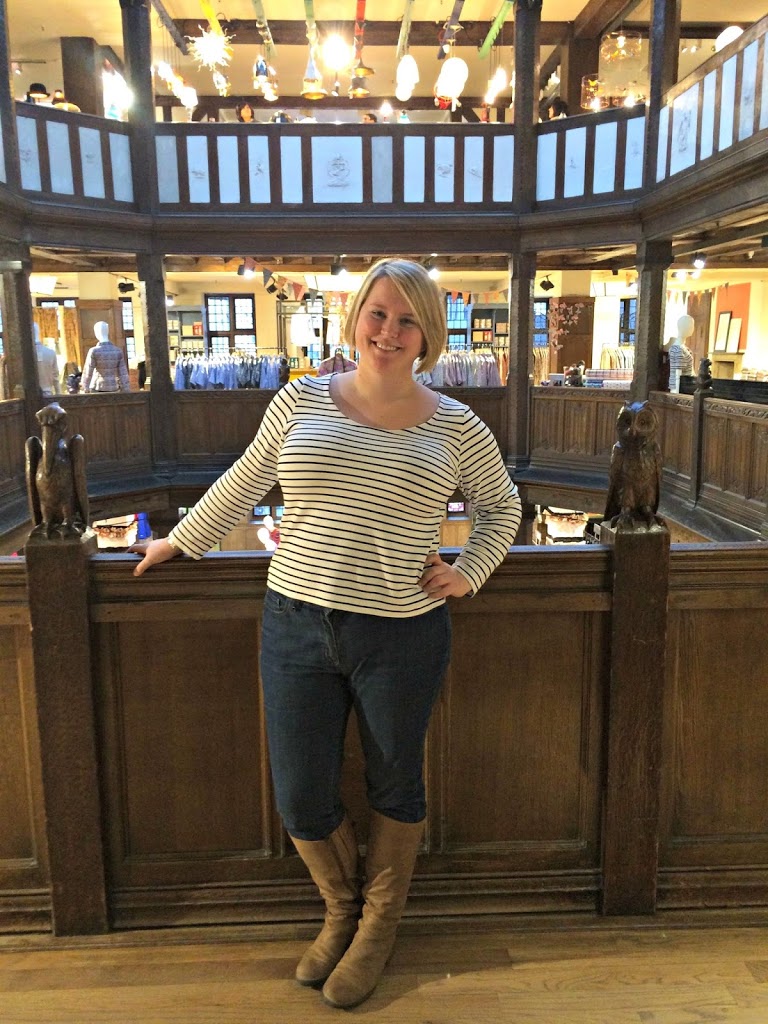 Thank you to my photographer and Jenny-in-male-form brother Tom! 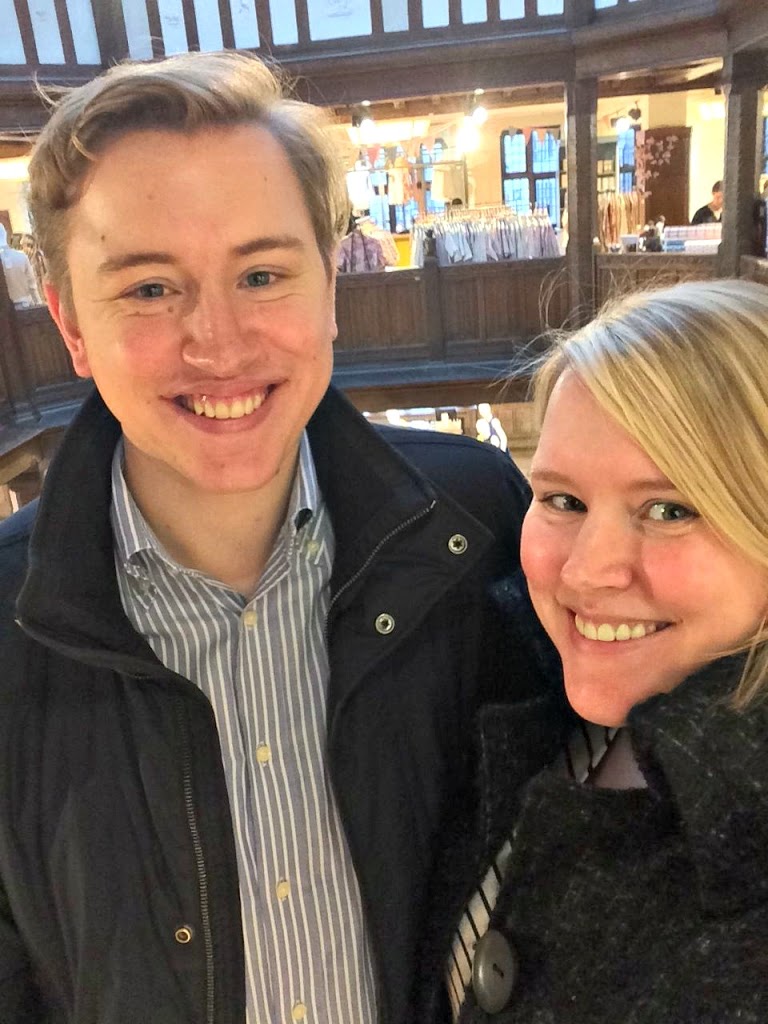 And a final pose in the flowers with my coat in action. 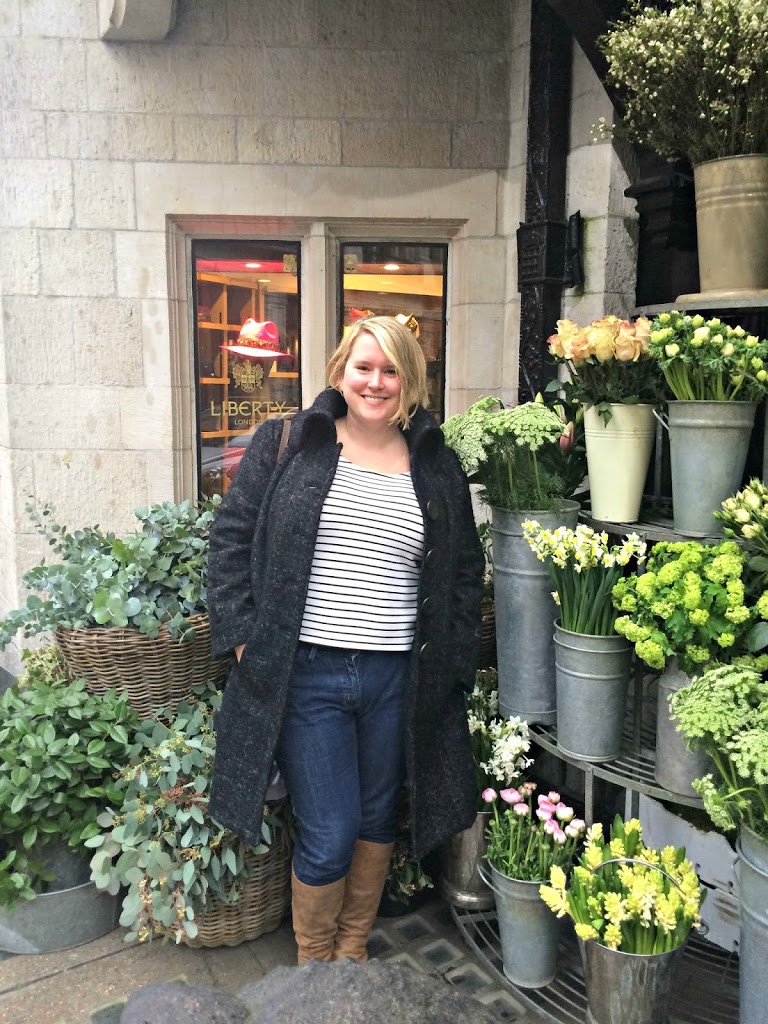 What are your favourite Liberty fabrics and makes, dear readers? I’d love to see what you’ve whipped up! I have a little turquoise number in the works myself…

17 thoughts on “A Renfrew at Liberty”