close
A final post to bring this Barbados series to a close. Never fear – we’ll be back to the lovely brick wall  and bright white winter light before the week is out.
Believe it or not, this is another Butterick B5929, though it bears almost no resemblance to the swooshy tea-length silk number I made last time. That’s because it’s a different view, I made it wrong, and it’s made out of yet more non-garment fabric (like the way I slipped that mistake in there? I’m a master of misdirection). Then because I was feeling like an overachiever, I made a navy short sleeved Renfrew to pair with it. As usual I omitted the cuffs and hembands and used the old coverstitch instead. 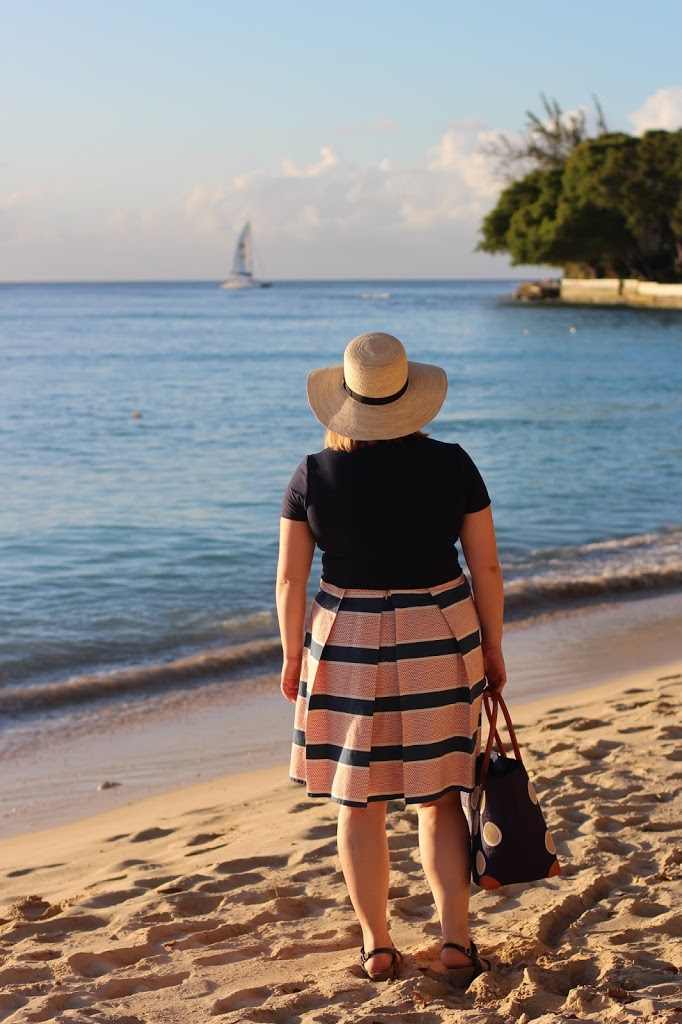 Anyhow, back to the fun part of the outfit. Who could resist these red-dotted and navy stripes, even if they were meant to upholster a sofa in a beach house in Nantucket? Not me. This time round though I think it works better, because it does a great job at keeping all the pleats in place. Keen-eyed makers of this pattern may notice that I did the side pleats the wrong way round. Obviously that was just artistic expression. 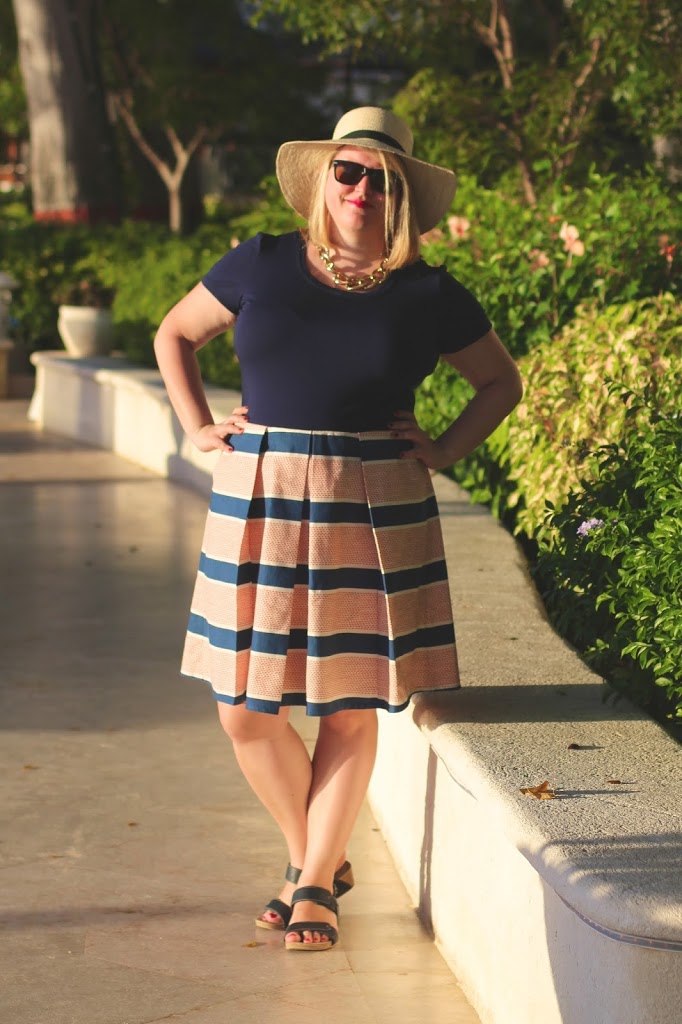 This pattern has that darling of the sewing world, pockets, but given the heft of the linen I converted them into two piece faced pockets with white linen on the inside. I also used that linen to face the waistband – I’m finding that non-waistbanded skirts are much comfier than traditional ones – has anyone else found that?
When I tried the skirt on it was already the perfect length, so I just whapped some hot pink bias binding on there and called it a day.

The only “downside” of this pattern, such that it is, is that if you used striped fabric you’re not going to be able to get a perfect stripe across the slightly curved waistline or hemline, no matter how hard you try. But let’s face it, only sewists would ever notice such a thing and I now think of it as my advanced technology “sewist identification device” (SID): if I see anyone curiously staring at the top of my skirt, I’ll be sure to introduce myself and strike up a conversation about underlining techniques. 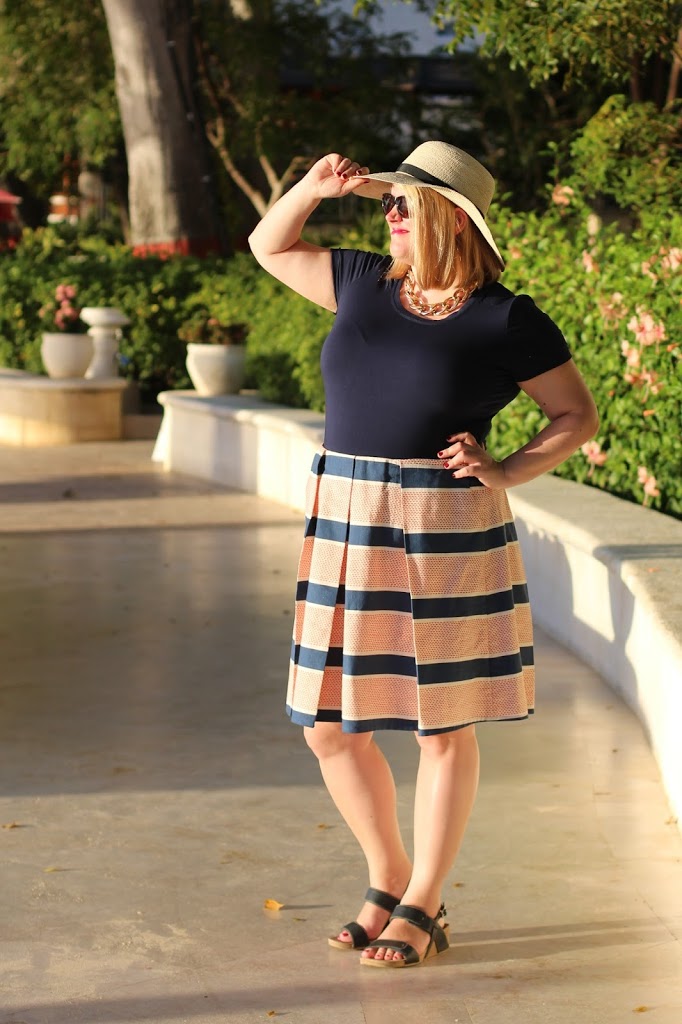 And so, my mini-summer-wardrobe will now get packed into a box and put in the top of my wardrobe until the snow mountains disappear from Boston. They’re taking bets on when that will be. But it does mean that I can get on with finishing (ok: starting) my Cascade Duffel coat, which will be eminently more useful for a couple of months.

Do you enjoy sewing out of season outfits? Do you get slightly over excited at the prospect of vacations and proceed to sew all the things? Please tell me I’m not alone.

p.s. you may have noticed we got a facelift around here! I finally moved over to WordPress (though I’ll still be at cashmerette.com), and it was a totally painless process thanks to Sarah at SpunMonkey. In the meantime, let me know if you see any glitches, because I’m sure I didn’t catch everything!

32 thoughts on “Stripes for days: another B5929 skirt and a Renfrew to match”