Ok, fair warning guys, today I’m getting on my soapbox! It’s been a huge week on social media for discussing the lack of inclusive/plus-size patterns and representation in the sewing industry – if you want to catch up, here’s the original post that prompted it all, my two main responses here and here, and great posts from Shannon, Mary Megan and Carolyn (among many others!).

In the spirit of this discussion, but without entirely re-hashing it, today I wanted to share with you my main bugbear when I hear discussion about catering to this section of the market. That is,  when I tell people about Cashmerette Patterns, and our mission to bring awesome contemporary sewing patterns to women with curves, I get the response of “wow, that’s a great niche to be in”.

FOLKS. IT’S NOT A NICHE!

The reason it’s not a niche? The majority – actually the significant majority – of women in the US, and many other countries, are a size 14 or above and the average bra size is a D.  In fact, 68% of American women are a size 14 or above, the the AVERAGE is now a size 16/18. That means that our sizing, of size 12 – 28 and cup sizes C – H, is in fact, a totally mainstream size range, which encompasses the majority of women. Which, by definition, seems to be the opposite of a niche!

PLUS SIZE IS AVERAGE. 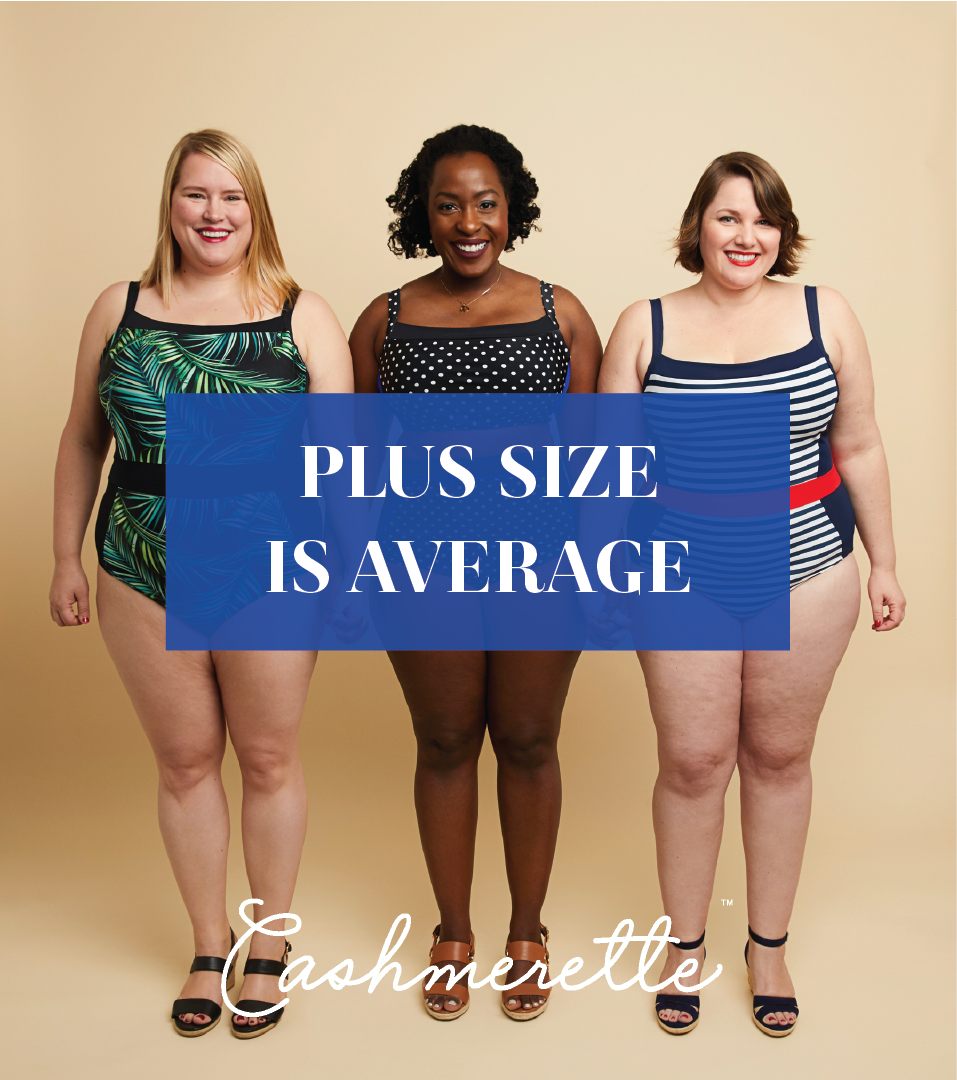 I’ve tried (and failed) to find a good chart of the distribution spread of wall omen’s clothing sizes, but I think it’s fair to say that it’s going to be a curve, with the peak around the average 16/18. If you want to cover most women, logically you then go up and down the scale either way from here. Specifically among plus size women, we did a big study on the Curvy Sewing Collective back in 2016, and the results were very clear, clustering around exactly that 16/18 mark.

And yet, it seems like most clothing manufacturers and sewing pattern companies didn’t get the memo. Why do they automatically assume that a “core” size range is, say, 0 – 18, when their largest size is actually the *average* woman’s size? And don’t even get me started on S-M-L-XL etc. sizing centered around the idea that an 8/10 is “M” – when I, as an average American 16/18, am considered an XXXL, something’s really wrong. 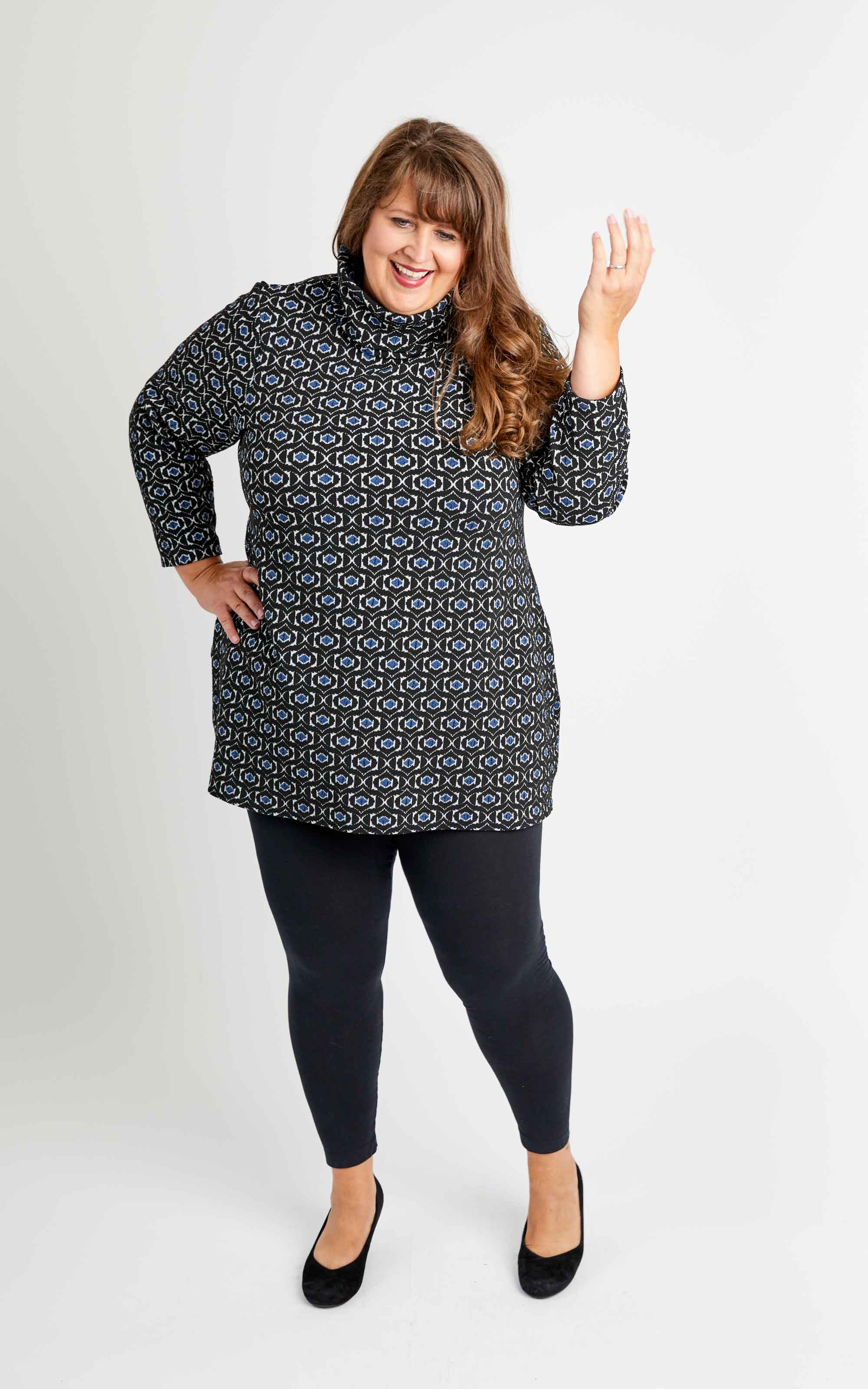 Now while it’s entirely unfair to call women of size 12 – 28 a “niche” what is true is that the provision of clothes and sewing patterns to that demographic is in fact a niche industry right now, in the sense that it’s not being met by the majority of companies. You hear all kinds of reasons for why – and honestly speaking, some of them are more legitimate than others. It’s true that if your base size (‘block’) is a size 6, then no, just expanding and expanding up isn’t going to work – plus size women don’t have longer arms or bigger heads, or wider shoulders, or any of the wacky grading issues you see coming up!

But the more pertinent point to me is: why did you pick a size 6 to start with in the first place? Given the demographics of the female population, it would be much more relevant to start at a 16/18 and work from there. Constantly telling plus size women that you’re “expanding” your size range for them is expecting thanks for something that should have been done in the first place, and perpetuating the idea that plus size women are different, rather than the actuality that they’re very much the norm. It’s a little like initially drafting for 6′ tall women, then expecting lots of praise for expanding down to an average 5’6″. For more interesting background on the history of the plus size clothing industry, check out Andie’s blog post here.

Related is the idea that plus size bodies have more variability than straight size bodies and that they’re more “difficult” to draft for. Firstly, I’ve never seen any evidence of that difference: I have super curvy and super “up and down” straight size friends of wildly differing figures. Second: it’s not plus size bodies that are “difficult” to design for – it’s that most designers/drafters haven’t been trained in it so THEY find it a difficult thing to do. Finally, all drafters, working on bodies of ANY size have to pick a shape, so it’s false to present this as some new and confusing challenge that you only have to face with plus sizes.

Thanks for letting me vent today! This is something that really frustrates me when I hear about it, and I hope I’ve give you some arguments for next time you hear people talk about this “niche”!

I want to end though on a much more positive news. This sizing conversation has happened multiple times over the past few years, and I’m not sure why, but it seems like *this* time, the message has finally started getting across.

I’ve been honestly amazed at how many (albeit not all) companies have responded to the conversation with specific plans for change. Of course, we need to hold them accountable to their promises, but new things are coming from Grainline Studio and Helen’s Closet (announced before this controversy), and also Closet Case Files, Blueprints for Sewing, SewHouse7, Friday Pattern Company, By Hand London and several others. I’m excited to see these size extensions filter into the market, and I hope the notable quiet companies start to follow their lead soon!

42 thoughts on “Plus size women are not a minority or niche. Stop treating us like one!”

Sign up for our newsletter and you’ll receive exclusive offers, curvy sewing news, and 10% off your next purchase.
END_OF_DOCUMENT_TOKEN_TO_BE_REPLACED