I’m so excited to have Jennifer here today for our Curvy Confidence Interviews. Jennifer became a great “internet friend” through her hilarious reviews for the Curvy Sewing Collective, but even better, became an “in real life” friend too! I was fascinated to hear her story – so much resonates with me, and I’m sure with many of you, too.

Make sure you follow along with her amazing makes on Instagram @weboughtamanor and on the Curvy Sewing Collective (here and here, for example.) 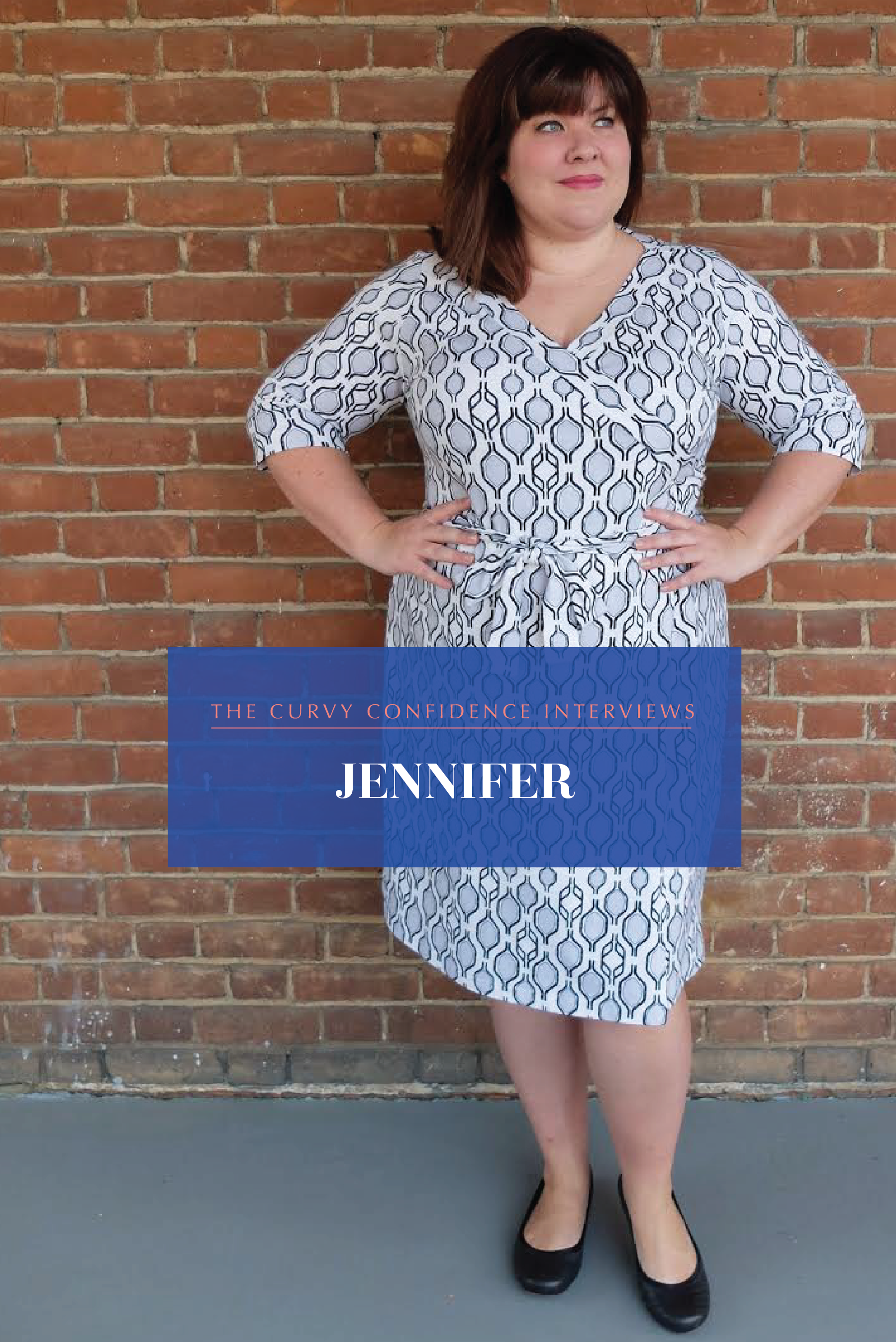 ​Let’s start at the beginning! What was your body image like as a child and teenager? ​

Three memories from my childhood clearly stand out: 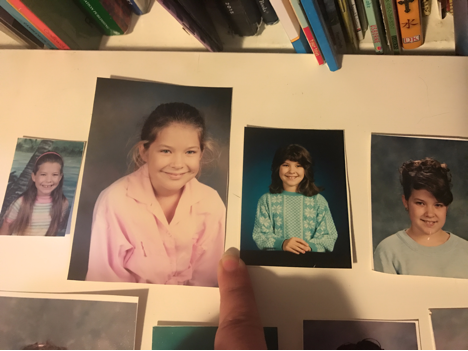 Figure 1: My school photos between 3rd and 4th grade. Obviously, I should not have been concerned about my weight. 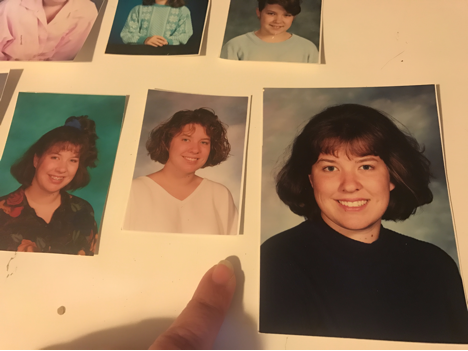 Figure 2: School photos from 10th to 11th grade. Would YOU recognize me as the same person? Of course you would.

Throughout middle school and high school I consistently felt chubby, although I look back at photos and was absolutely not fat — not even “plus size.” I hit puberty almost overnight and was wearing a C-cup bra with stretch marks on my hips ​by the time I was 15 years old. I think being curvy contributed to a sense of unease about my body’s role in my life. Even though I played sports year-round (tennis, indoor track, and outdoor track), had a great group of friends and steady boyfriends, I was always cognizant of my weight and being “bigger” than my peers. 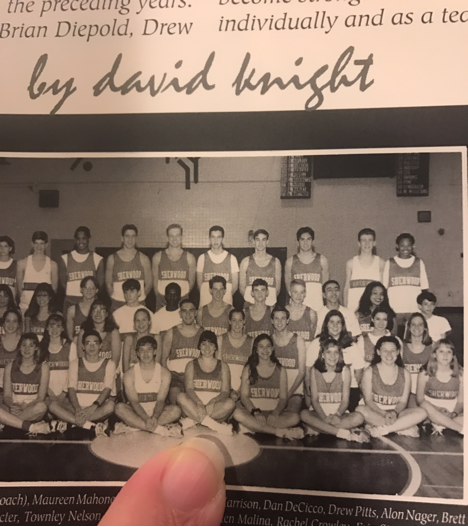 Figure 3: That’s me, front and center — and certainly not looking any bigger than the average kid on the track team.

In my senior year of high school, I experienced a round of clinical depression and lost 30 pounds and got down to a size 6. Even thought I was in the “dark days” of hopelessness, I felt a sense of triumph that I was finally skinny. Over the next five years, I gradually bounced back to a size 14/16 and now, approaching age 40, I currently wear a 20/22/24. I’ll admit that I’ve seriously questioned whether it would be worth being seriously depressed if I could lose weight like that again. Hint: it’s not worth it, no matter what your brain tells you.

Who or what most influenced your perception of what women’s bodies are “meant” to look like?

​Learning to sew for myself has been a game changer, as has finding the Curvy Sewing Collective. I realized this summer that it had really normalized my view of “average” women’s bodies when I opened up Pinterest and scrolled through “women’s fashion” and was fascinated/appalled at the prevalence of the “super fit, super curvy-with-big-boobs-a-tiny-waist-and-skeletal arms, excessively thigh-gapped, and disproportionately bobble-headed” models that cropped up everywhere. It was the first time that I had looked at those kind of images and immediately thought “holy smokes that doesn’t even look real!” rather than “I wish my body looked like that”. 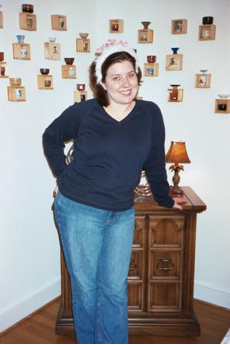 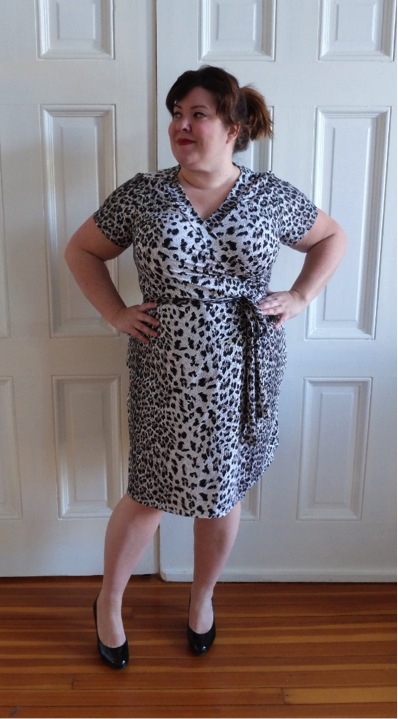 Figure 4: On the left, I am 24 years old and will shortly be told on a blind date that, while I’m really nice, I’m a bit “bigger” than women he’s attracted to. On the right: 60 pounds heavier (and 14 years older) and feeling like a sex goddess. 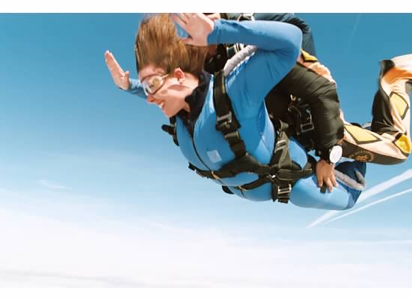 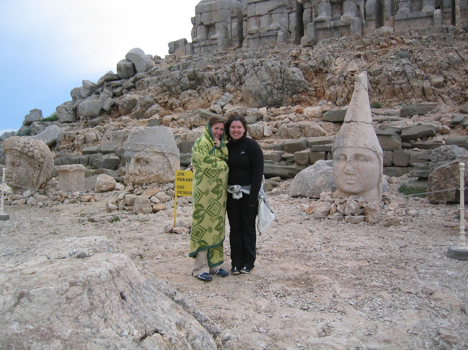 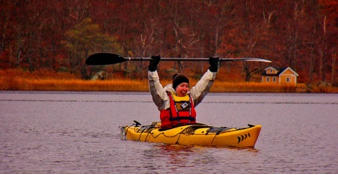 Figure 5: Skydiving, kayaking in Sweden, and climbing a mountain in Turkey — three amazing adventures in my 20s. II was exquisitely aware of my weight during each adventure. It never stopped me from doing things, but man I thought about it a lot.

What is the culture like regarding body size where you live?

​I know from demographics that I am among the heaviest 1% of the US population when it comes to my height/weight ratio. ​Looking around my community, I don’t feel particularly out of place. On my recent trips to San Diego, Bangkok, Japan, and Sweden, however, it became VERY obvious that the vast majority of world populations are skinnier than Americans. I don’t like feeling like the “fat American” but what are you going to do? 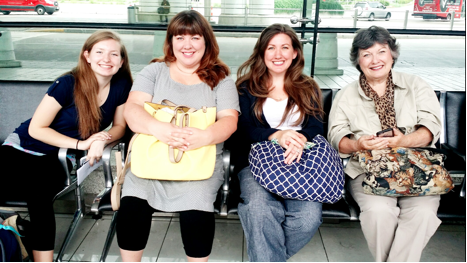 Figure 6: Preparing to be the fattest person in Paris, in a trip this past summer with my family. Look at me, hiding my angst. 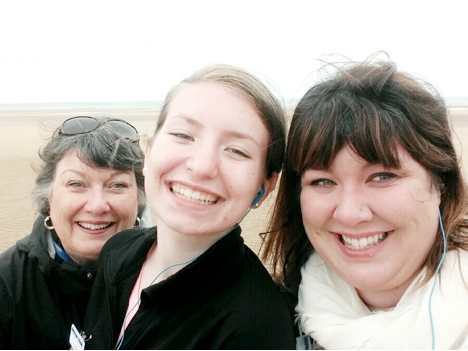 Figure 7: Just kidding! While I was definitely the “curviest” person on the tour and on the streets, it didn’t impact my happiness one bit!

Tell us about your journey to body positivity: did you have a “eureka!” moment that changed your self-perception, or was a it a more gradual process?

​Are we ever really there? I think it’s an ongoing process that is two steps forward, one step back. Or sometimes, sixteen steps back. I struggled with infertility in my early 30s — I was otherwise healthy but according to my OBGYN could “stand to lose 20-30 pounds.” Dealing with all of the emotions and pressures and shame that comes with infertility and then to add a weight component — well, it was very hard. And after all of it, I gained 30 pounds as a result of the fertility treatments, hormone supplements, and emotional eating that came with the journey. That’s where I am right now — six years later, at my heaviest weight ever, and in general, I’m the least concerned today about my weight as an abstract thing.

I made a conscious decision after the infertility debacle to stop dieting and to stop looking at my weight as a thing to be “managed.” Dieting and weighing myself daily brought me no joy, it didn’t work long-term, and it always veered to obsessiveness. (Side note: how awful is an obsession that doesn’t work!?) Since then, it’s been so much easier.

Looking back, it was the decade or so where I hovered right between straight sizes and plus sizes that was the toughest – I was always worried about tipping over into “officially fat.” Oddly, there was something immensely freeing about just admitting that there was no question – plus size it is. 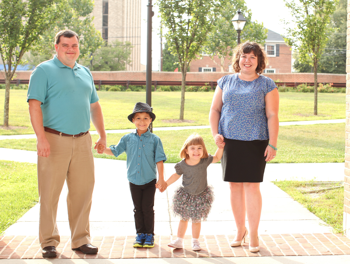 Figure 8: The day we adopted our kids. I’m wearing one of the first me-made tops I ever attempted. I look at this photo and feel SO happy — extra weight and all.

What role has sewing played in your self-image?

​Ironically (or not, perhaps), having a closet full of handmade clothing has made me NOT want to lose weight. If I woke up tomorrow 50 pounds thinner, I would be sad that none of my beloved clothes would fit anymore. I’m sure I’d get over it (and what a wonderful excuse to buy more fabric!) but it’s an amazing accomplishment (to me) to actually *want* to have the same body tomorrow morning as the one I went to sleep with.​

Sewing has also changed my relationship with my body into something that is more objective. Sewing makes you really KNOW your body – not just the feel of it, but its actual dimensions and angles. Looking at my body, I now see an amazing array of geometry and proportions that are fascinating – not good, or bad – but absolutely unique to me. 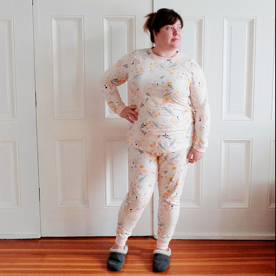 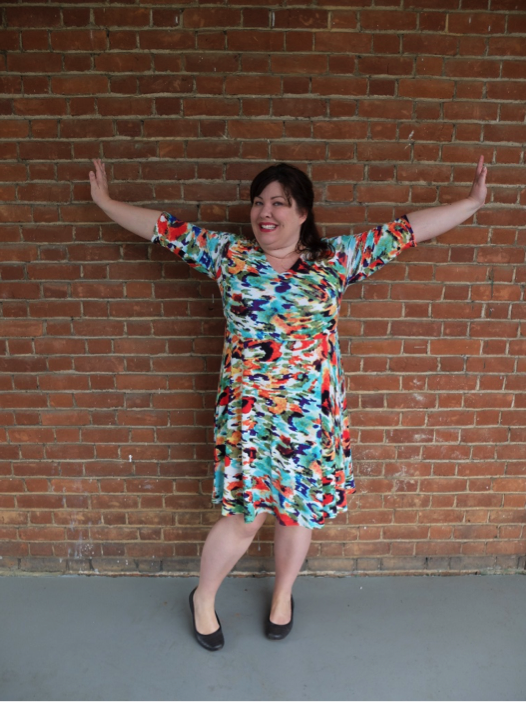 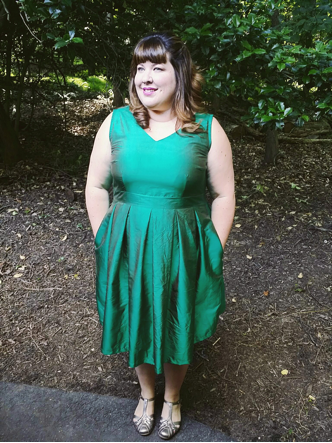 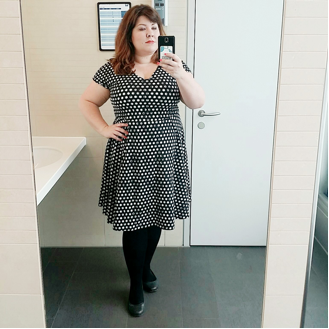 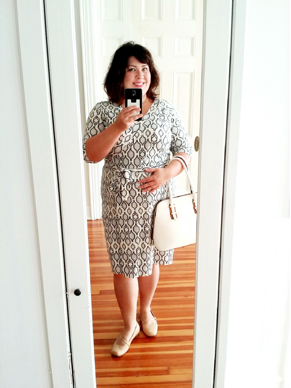 Figure 9: Some of my favorite recent makes.

What do you say to people who criticize curvy women for being unhealthy?

​I try not to engage the trolls on the internet, and I haven’t had anyone say negative things to my face or within earshot in years. My “force of personality” (e.g. I am a strong, Type A, speak with confidence person) ​probably helps keep people in check and I’d like to think that I could handle it with grace. Or at least, shut them down and leave them quivering with embarrassment.

What do you find are the biggest challenges to your body confidence today? How do you overcome them?

​On a daily basis, I don’t feel particularly fat — if anything, the biggest “body” feel that I have right now is about getting older — I’m starting to see wrinkles and sagging skin. So that’s another journey of self-acceptance. ​

How do you think issues around body positivity affect women’s broader role in society?

​I travel a LOT for work as a consultant and engage in lots of high-profile meetings with senior executives of large companies, and I will tell you that while there may be a lot of fat people in the world, few of them are at the upper echelons of the business hierarchy. I’m virtually always the biggest person on the airplane (especially in business class), and there are many times when it is clear that I am not a typical body type around the Board Room table. Over the last year or two, when I do think about my body critically, it’s been in conjunction with my career — recognizing that I would fit in better with most “senior leadership” if I dropped 50 pounds. That’s a tough one I’m wrestling with now at a conceptual level.

What advice would you have for other women who would like to find a peace with their body and self-image, but are struggling?

​I hate the strain of body positivity that says “your weight doesn’t matter as long as you’re healthy.” Screw that. You are worthy of dignity and respect and empathy and kindness NO MATTER WHAT. Even if you are horribly unhealthy (or just enjoy a weekly trip to McDonalds), that doesn’t remove your inherent worth as an individual and don’t let anyone tell you otherwise. Don’t ever let people tie your weight to your health as a way to manipulate you.

Instead, focus on what you’d like your body to DO FOR YOU. I realized this year that I had lost upper body strength as a result of my daughter getting too big to carry. So I recently started doing informal Crossfit sessions with my neighbor a couple of times a week — and we were both surprised to find out how strong I was right out of the gate. (Apparently, carrying around extra pounds is great for building muscles!) And after running across the entire Charlotte airport (about a mile) to catch a connecting flight, I realized I need to up my aerobic fitness — so I now try to push myself at least twice a week to “walk like I’m about to miss my flight home.” 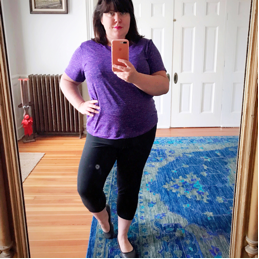 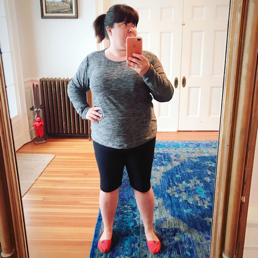 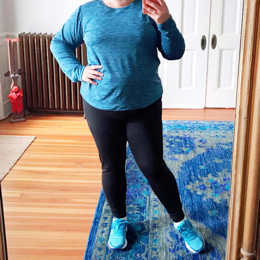 Figure 10: I recently treated myself to three new handmade workout outfits. Fingers crossed that they fit six months from now!

Over the Christmas break I saw this amazing video of a curvy pole dancer — I don’t have access to pole dancing classes (I’m in one of the most conservative/religious parts of America so unless it’s “Pole Dancing for Jesus” I’m out of luck), but this is another thing I’d love for my body to do — not my “skinny” body — just my body as-is. And that is an incredibly freeing feeling.

Sign up for our newsletter and you’ll receive exclusive offers, curvy sewing news, and 10% off your next purchase.
END_OF_DOCUMENT_TOKEN_TO_BE_REPLACED