We had another delightful get-together of the crafty ladies of Greater Boston this weekend- and numbers are growing exponentially! We’ll have to hire a church hall by mid March at this rate.

Observe: the calm before the storm. The Crafting Steering Committee decided that we would attempt a rather charming Christmas crafting project courtesy of The Guardian: patchwork baubles (aka circular ‘bulb’ ornaments for those Americans among you who lack the appropriate seasonal vocabulary!). This involves cutting up little pieces of fabric (at last, a purpose for our bags’o’scraps!) and using PVA to patchwork them onto baubles. Simple yet oh so cute. And fun to do. Plus you get the bonus of rubbing dried bits of glue from your hands afterwards.

Here are the raw materials, plus a Blue Peter “one I made earlier”: 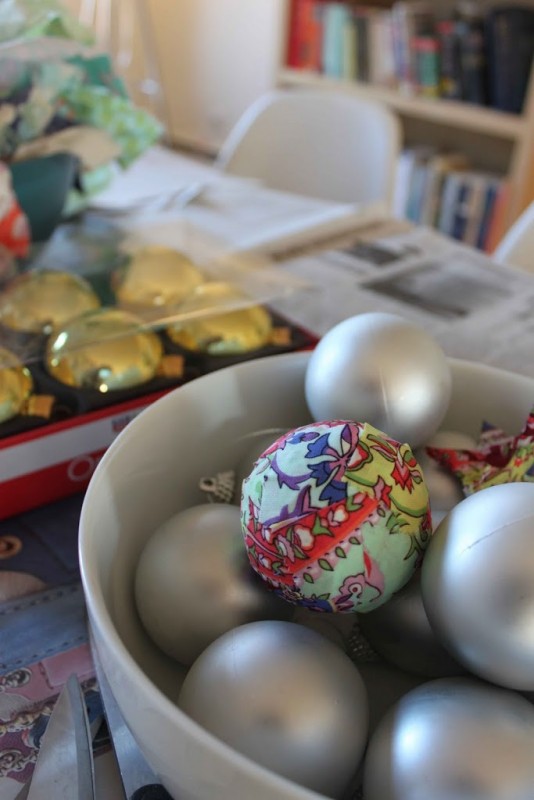 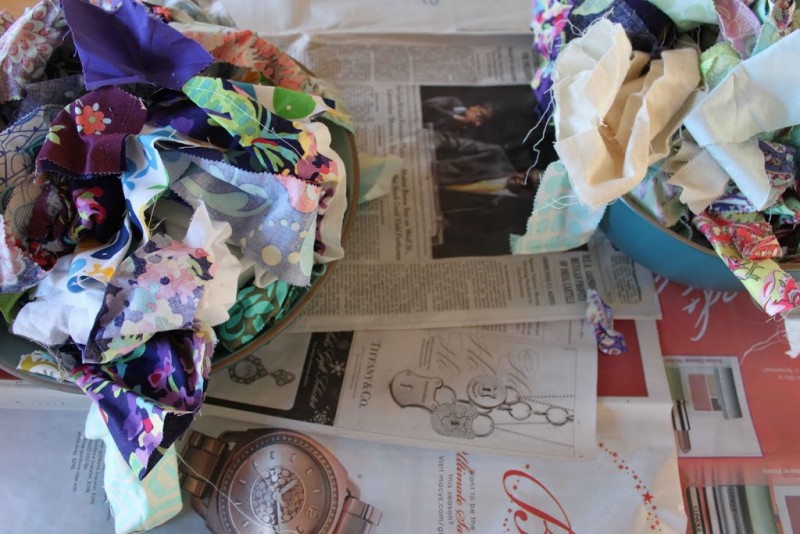 Also, taking starring role was Jenny’s new serger – a Christmas present from a certain special somebody with friends in high places!. It is somewhat challenging to use, but the end result is oh-so-good. 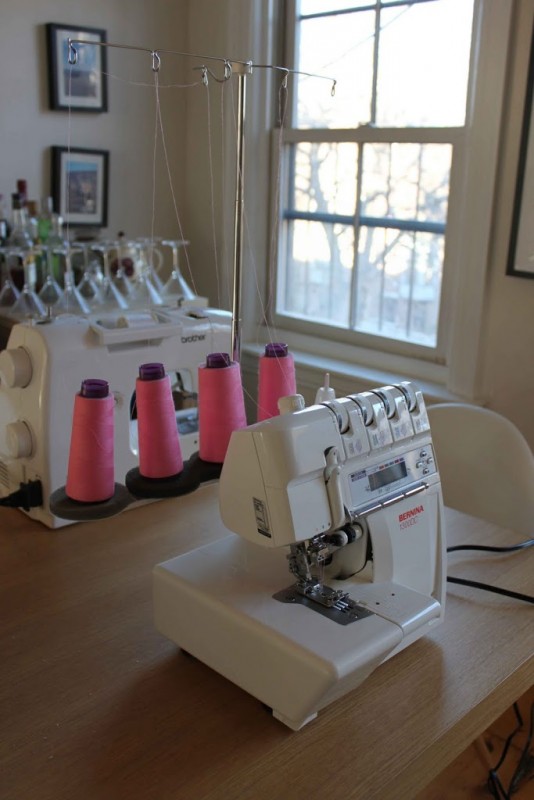 Then did a multitude of handy ladies arrive bearing gifts. Many. Ranging from scrumptious mince pies, to luscious lime cornmeal cookies, to goat-cheese-stuffed-peppardew-peppers, to Lake Champlain chocolates, chocolate-covered pretzels and last, but not least, a novelty sized Toblerone. We reviewed this array and concluded: yes, just about enough sustenance to keep us going through our labours. Oh, and there was mulled wine. 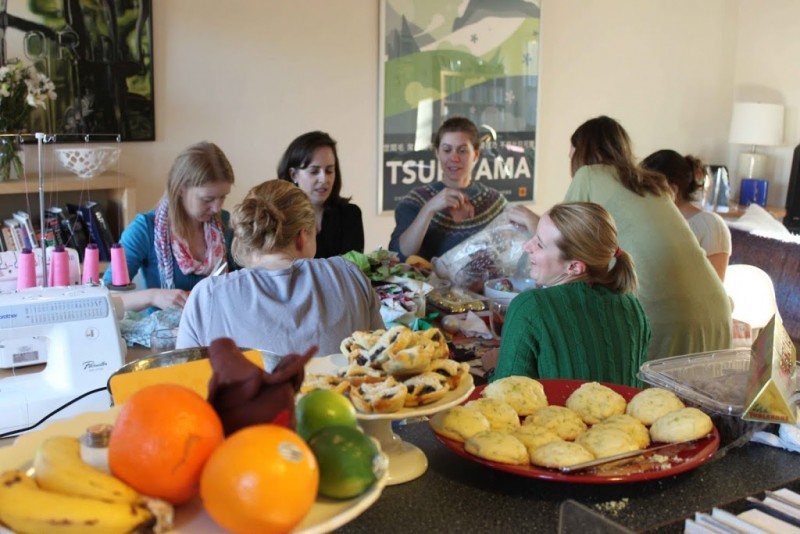 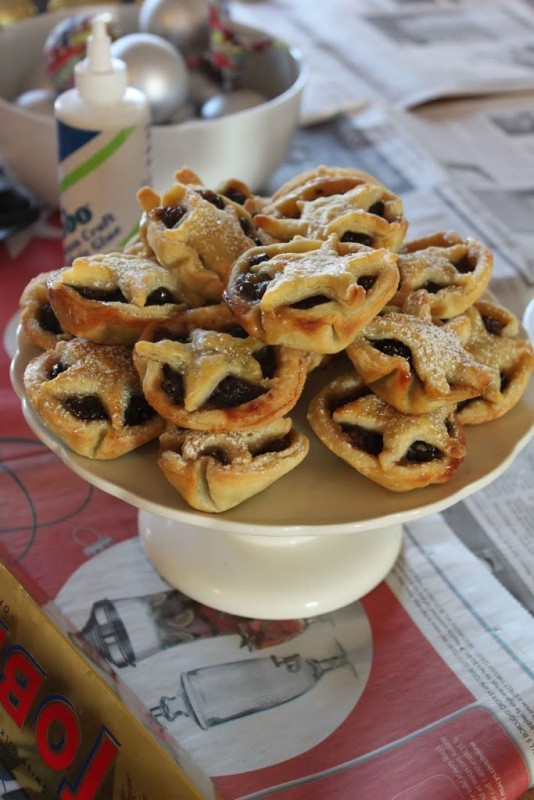 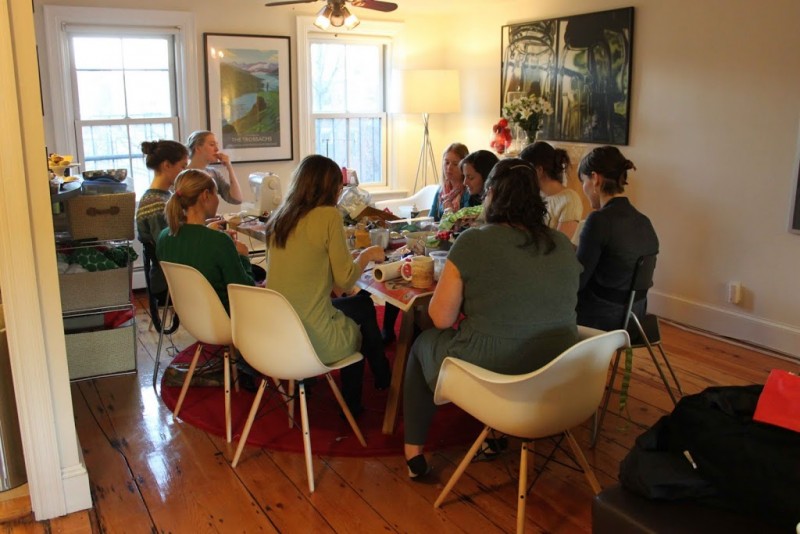 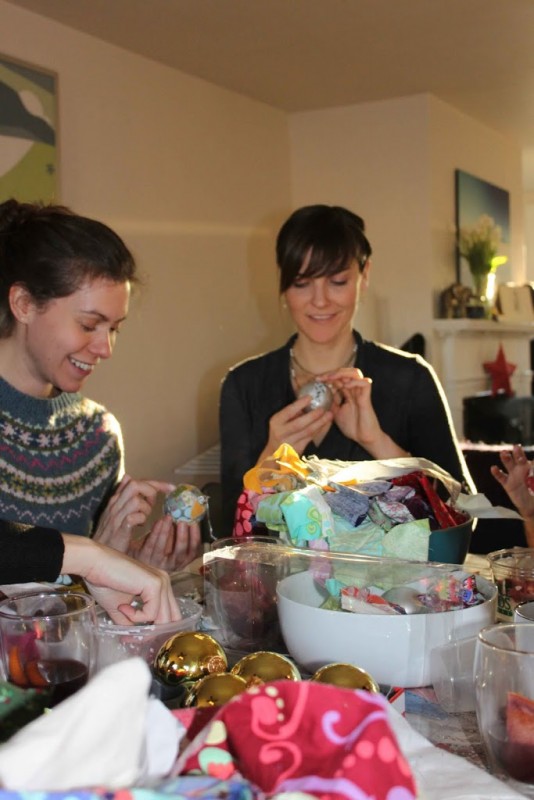 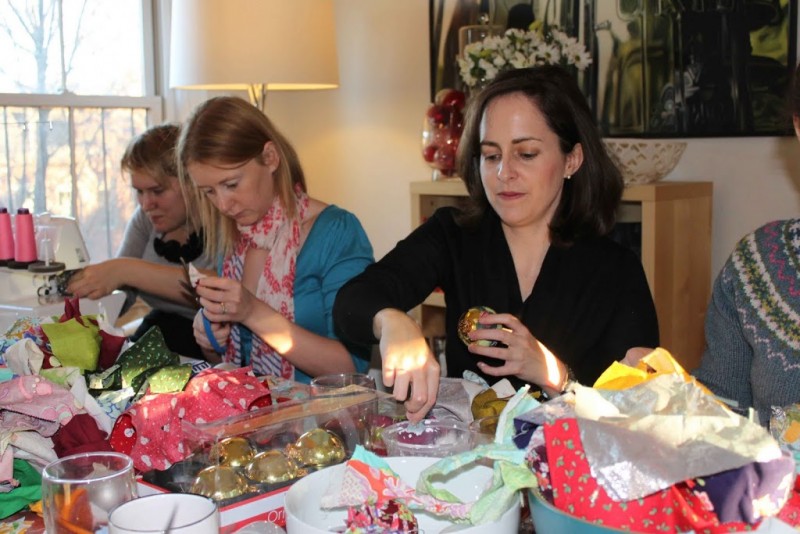 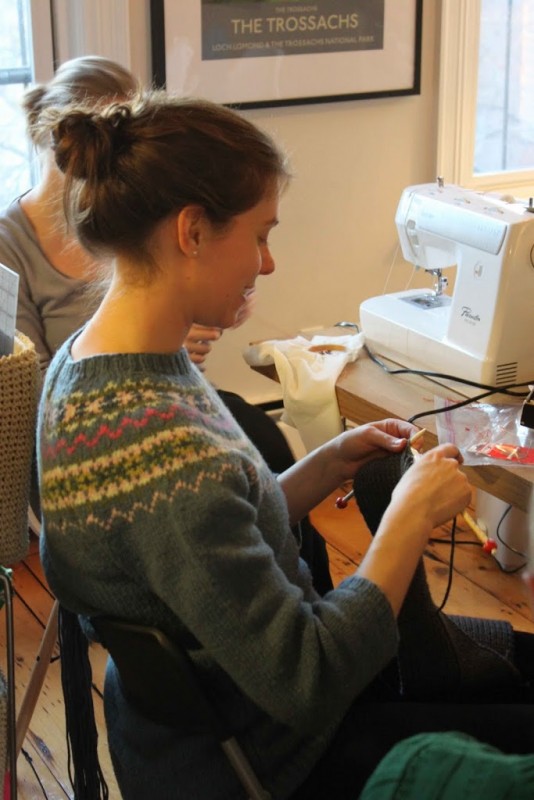 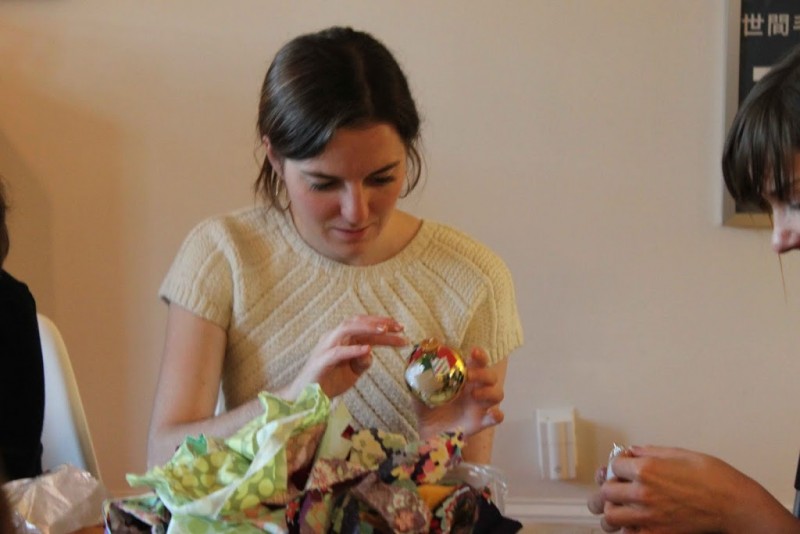 Et voila, the masterpieces! A second shockwave will hit the people of Boston as they see these beauties, coming hot on the heels of the last tsunami caused by November crafternoon’s embroidered Christmas cards. 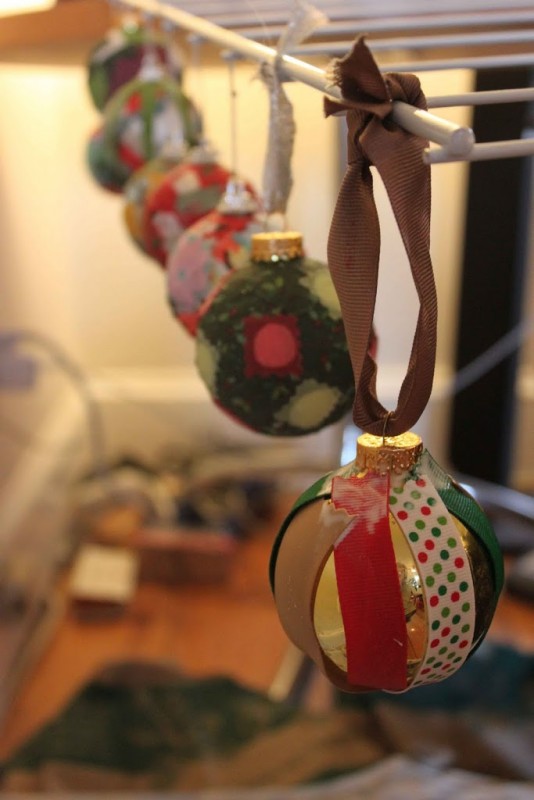 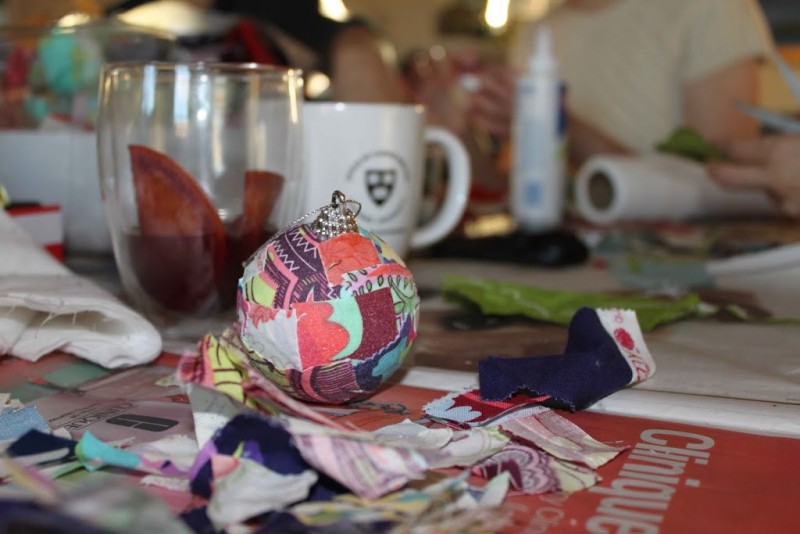 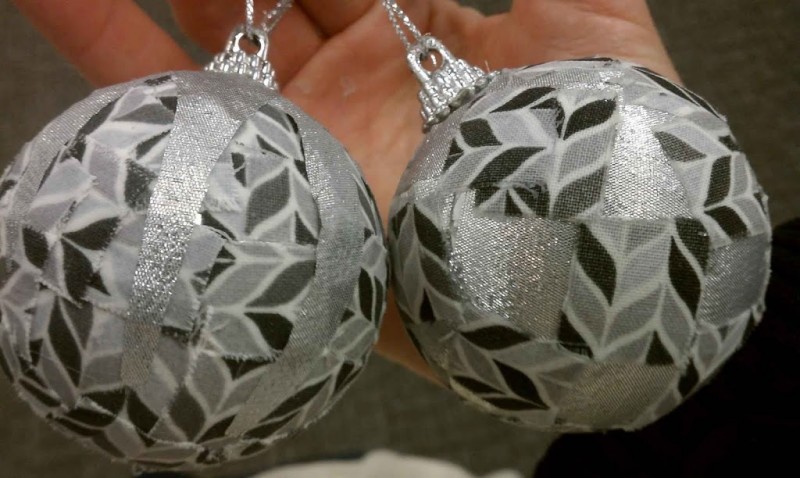 So that’s it for the year! Both Cashmerettes in fact have more projects on the go or completed, but most remain within the Crafting Cone of Silence and cannot be revealed until after Dec 25th. Till then, Cashmerettians!

One thought on “A Christmas Crafternoon (with a mighty sugar kick!)”