So, despite trips to France, Cincinnati and Cape Cod (#which one of these is not like the other?#) I have nonetheless been crafting away! Here’s a few highlights:

1. BUNTING! My first-ever. To celebrate America’s birthday on the 4th, and mine on the 2nd. In fact, I found super-patriotic fabric during the craft-swap at the ever-ace Gather Here, which was begging to be turned into something appropriate. Et voila: American bunting to make you wipe away a tear. 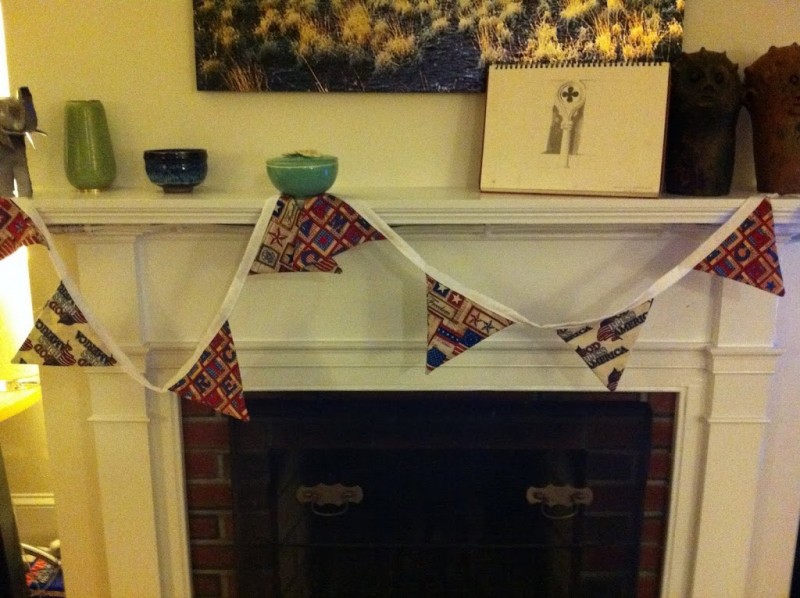 And in action chez B! 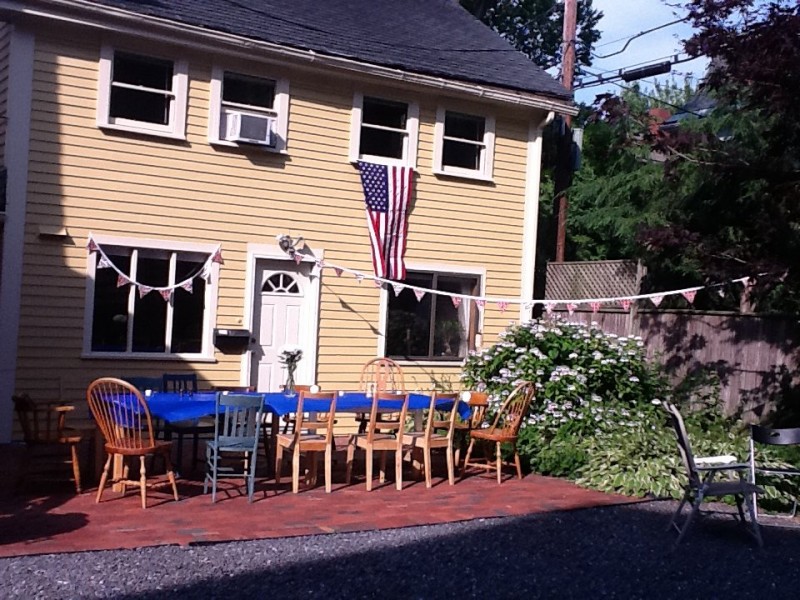 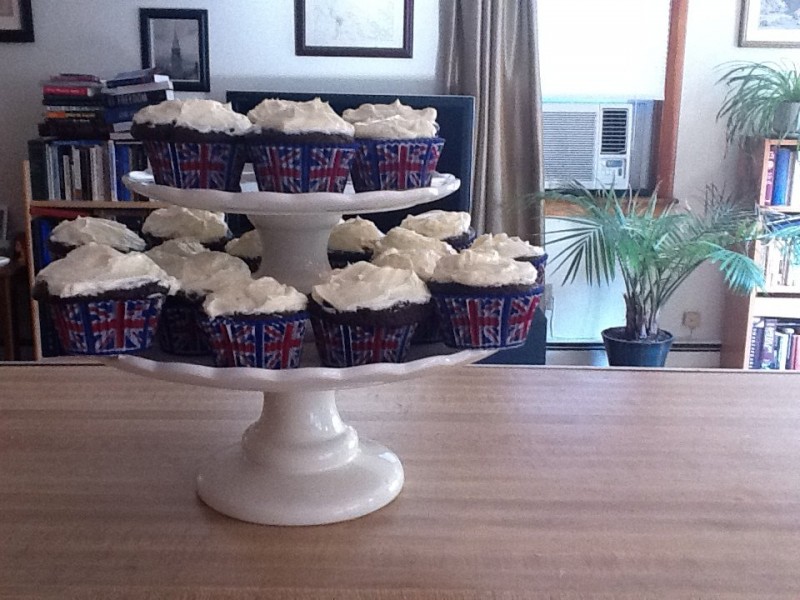 2. I can EXCLUSIVELY REVEAL that one of my super-secret projects was my first-ever attempt at embroidery: a Tshirt for the soon-to-be Dr Rev M! M is fond of owls. Even purple and green and orange ones, that must speak a foreign language, for they say ‘Woot’ instead of ‘T-wit T-wooooo’ as good British ones do. In the meantime, M owes me a photo, which will soon be posted! 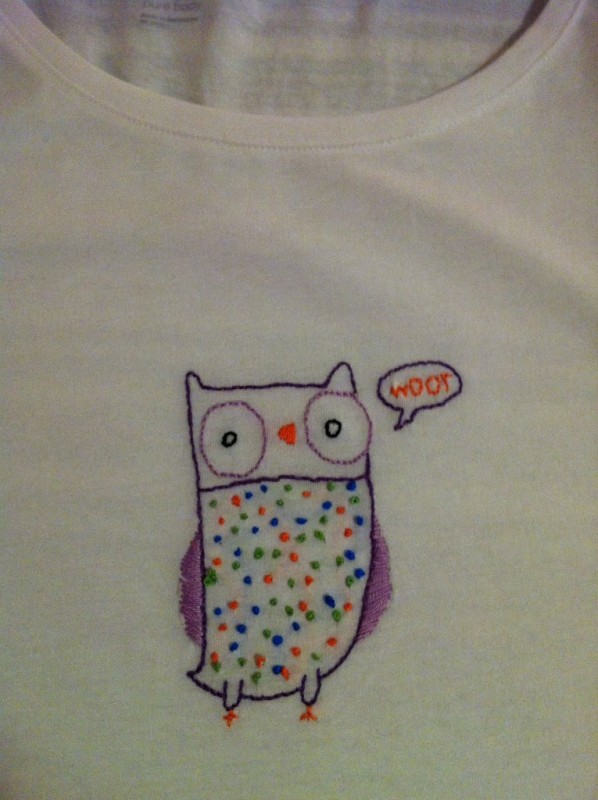 3. (3!) I copied Lauren and made my very own iPad cover! Now, you can’t tell to look at it but it is really quite wonky. However, it achieves the twin objectives of 1) protecting my iPad from scratching against everything in my handbag 2) having cool birds on it. Plus all the quilting mistakes are on the inside, hidden from those roving seam-inspectors that you always encounter on the street. I used material that I bought two years ago in Kyoto, which was previously fashioned into two cushions which were sadly languishing in my guest bedroom all alone. A quick seam-ripper later and here we are! Japanese birds protecting my new favourite toy. 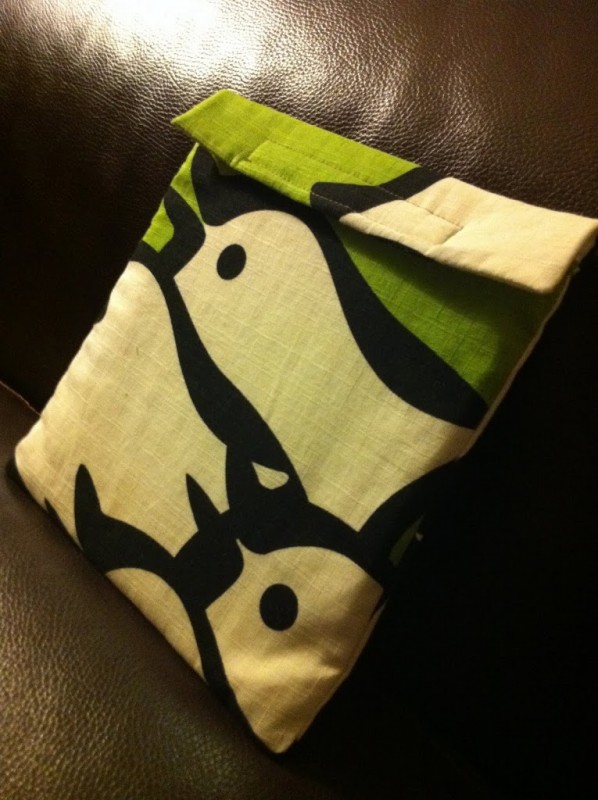 4. (for there is a 4!) I have started another super-secret project, this time for my Mum. Due to the Sewing Cone of Silence, all will be revealed… at a later date.

Phew! Well I’m tired just thinking about all this work. And the stockpile of materials for future projects which are currently swamping my kitchen table, and preventing me from eating dinner in a civilized fashion. Another baby dress, some sheets, a cool wrap-behind-you-dress, and my quilt await.

Sign up for our newsletter and you’ll receive exclusive offers, curvy sewing news, and 10% off your next purchase.
END_OF_DOCUMENT_TOKEN_TO_BE_REPLACED