close
Between work travel and illness it’s been an age since I sat down at a sewing machine, let alone finished anything, so in a short period of feeling better (sadly crap again now) I whipped out a Moneta.
I picked up this unique knit in Stonemountain & Daughter a few weeks ago in Berkeley, unsure whether it was a bit too “wearable art” (nothing wrong with that, just not my style) or whether I could pull it off. It has wide black and grey stripes, with a raised white stripe between them, which protrudes out of the fabric (I’m sure there’s a more elegant way of putting that, but it’s lost on me right now). Ultimately I decided to give it a shot because the Moneta’s so easy, even if it didn’t work out, not much would be lost.
And I like it! 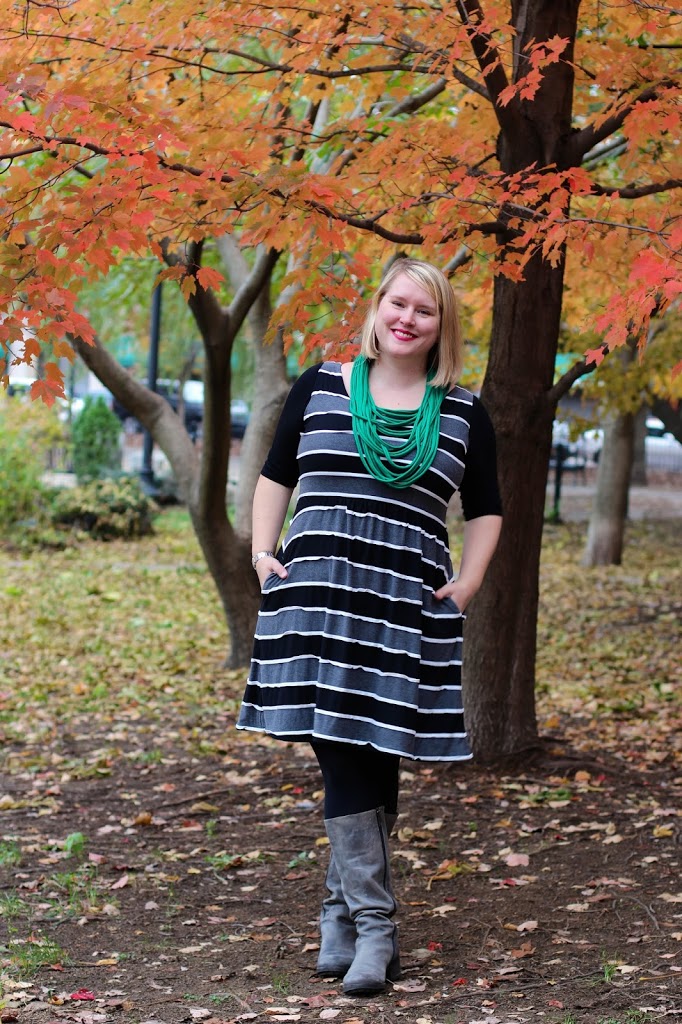 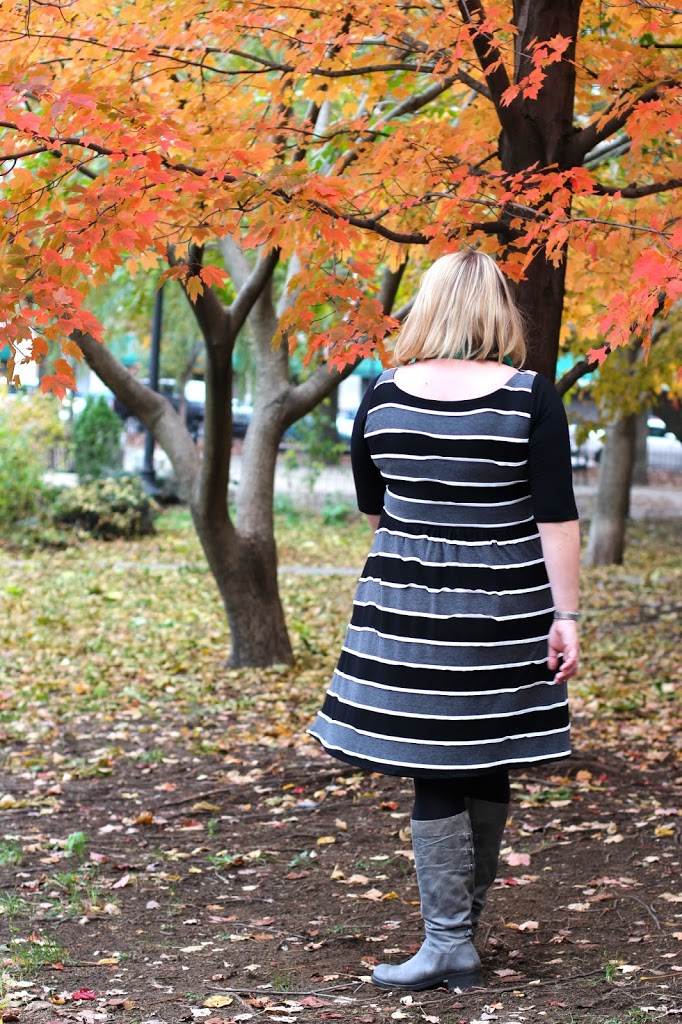 I used my scoop neck variation, and underlined the whole thing with a black knit to stabilize it a bit. I tried my hardest to get a decent stripe across the waistline where the bodice and gathered skirt come together… and I sort of 80% managed with a bit of a blip (which is screaming at me from these photos but normal people may not notice, I guess).
One incidental thing, but perhaps helpful to folks – gathering the waist on the Moneta can be tricky if you can’t get the clear elastic thing to work (me neither), but a side effect of underlining the skirt first was that I already had a serged skirt waistline. I then found that when I ran my gathering stitches through the serging, it gathered like a dream. The downside is that you end up serging over the same seam twice when you attach the bodice, but I actually quite like the extra stability. 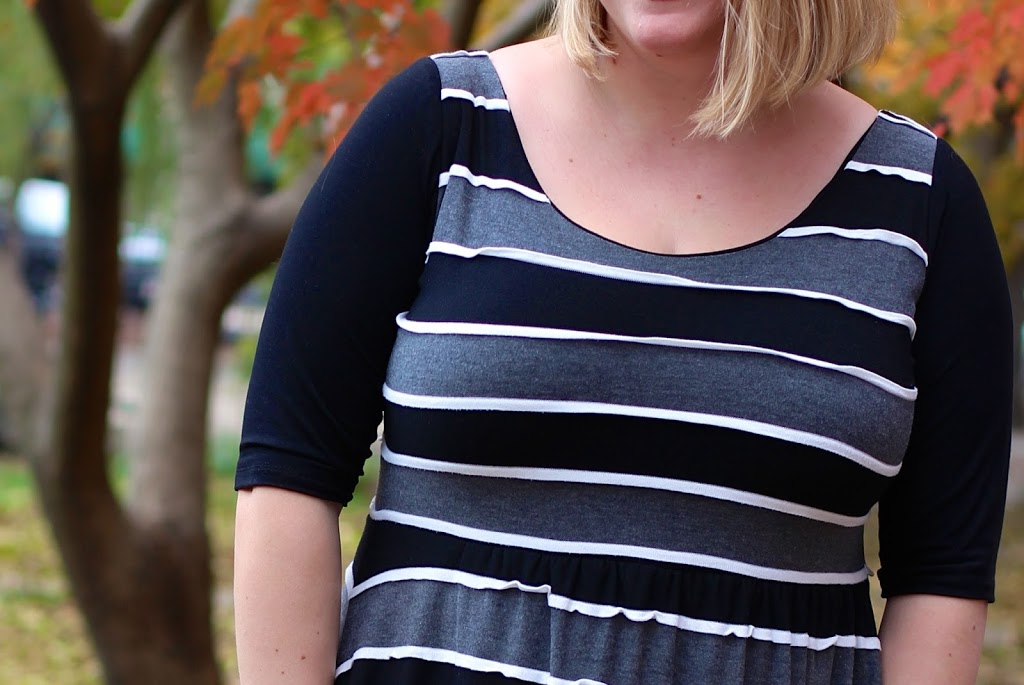 I have a lack of comfortable “hang out at home” clothes in my wardrobe, and I think dress will help address the gap. Perhaps some Hudsons next, if I can find it in me to do some grading.

Peculiarly it seems that autumn and winter have come simultaneously to Boston, so I will leave you with a picture of me freezing next to some neighbours’ pumpkins. 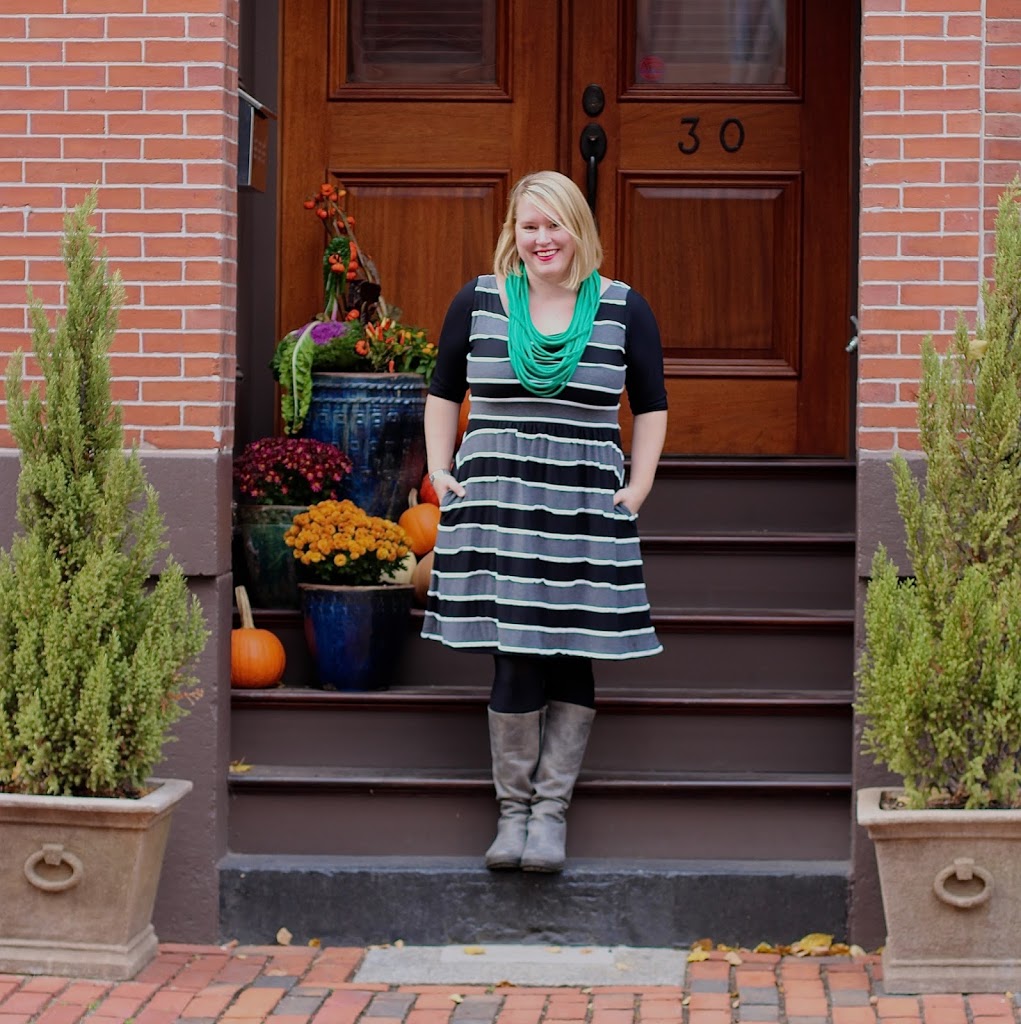 Final shoutout to Anne at Clothing Engineer for her ingenious focusing tip for taking tripod shots – I tried it for these and it worked like a dream!

29 thoughts on “Remembering how to sew again with a Moneta (what else?)”

Sign up for our newsletter and you’ll receive exclusive offers, curvy sewing news, and 10% off your next purchase.
END_OF_DOCUMENT_TOKEN_TO_BE_REPLACED