close
Welcome back to Curvy Colette: A Plus Size Blog Tour!
I showed you my stripy Moneta last week – now it’s time for my Mabel.
So I’m going to be really honest with you, folks. When I first heard from Sarai that the second new knit pattern was a skirt, I was a bit concerned. I love love love working with knits, but I usually make them fairly snug on my top half and flowy on the bottom, to avoid any unfortunate clinging. The idea of a knit skirt therefore gave me the heebie jeebies… And I clearly wasn’t the only one, judging by the posts of the rest of the Collective.
However, I formed a plan of attack. First, use a heavy, stable knit. Second, figure out the best way to style it. Third… there’s always Spanx!
And here’s the final thing: 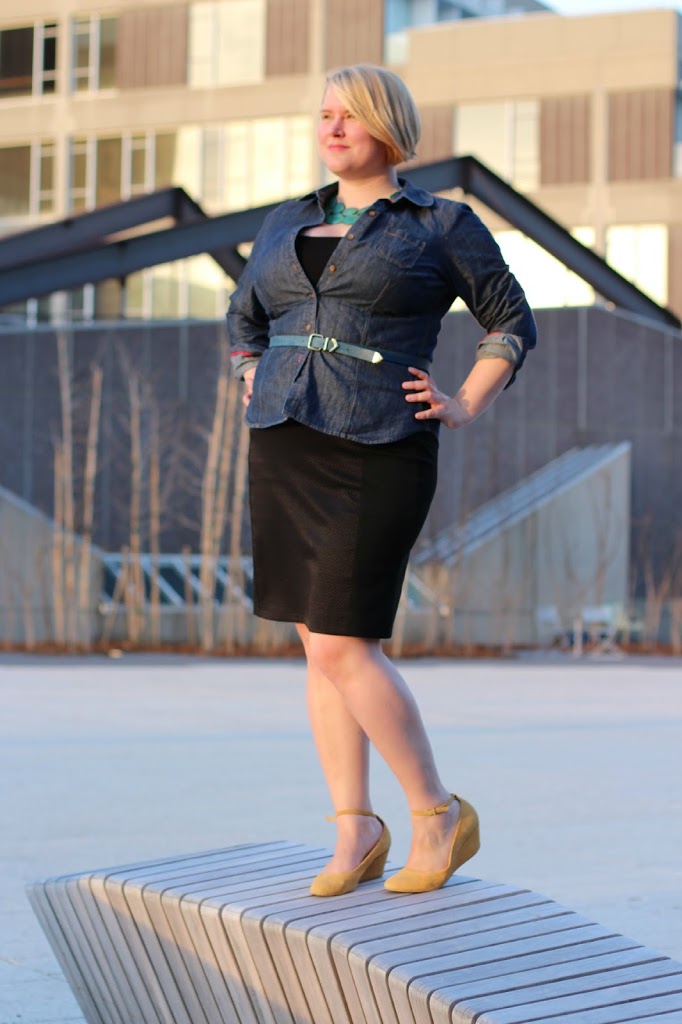 Pretty good, no? It’s incredibly quick to make (less than 2 hours, easily), and a very comfortable wardrobe basic. I think I’m converted!
The Colette Mabel comes in three versions: two mini skirts – one with a button band down the front – and a pencil skirt. I’m a huge fan of pencil skirts, so I decided to go with version 3, which is down to the knee and has a kick pleat at the back. 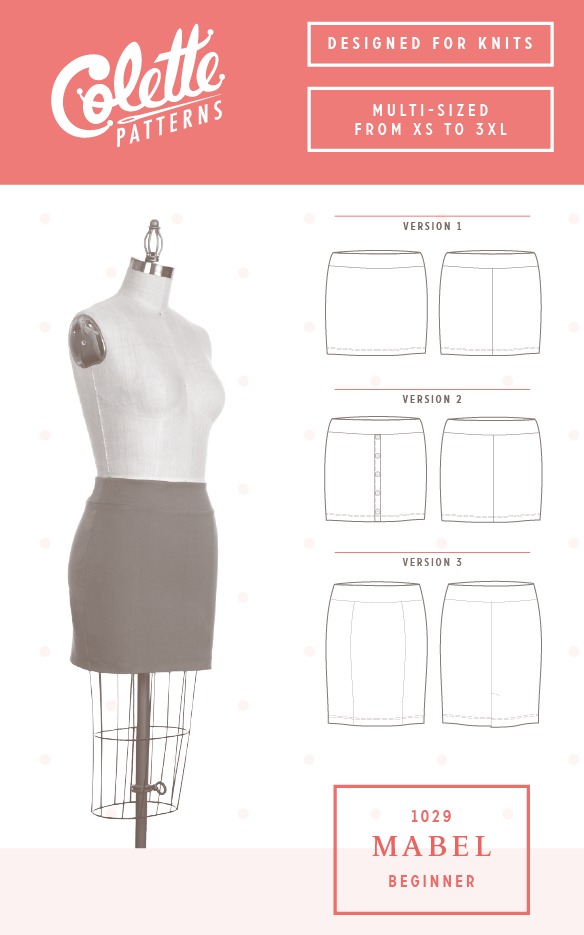 One of the lovely features on the pencil skirt is the panel on the front, which gives you the chance to use a feature fabric. I used a black stretch textured cotton that I bought in Berlin recently, paired with a black doubleknit generously given to me by the ever-cool Sarah at Grey’s Fabrics in Boston (where, trust me, there are a LOT of exciting fabrics beyond black knits…). It’s a subtle effect on the end skirt, but I love it (and I still have 1.5 yards left to make something else!) 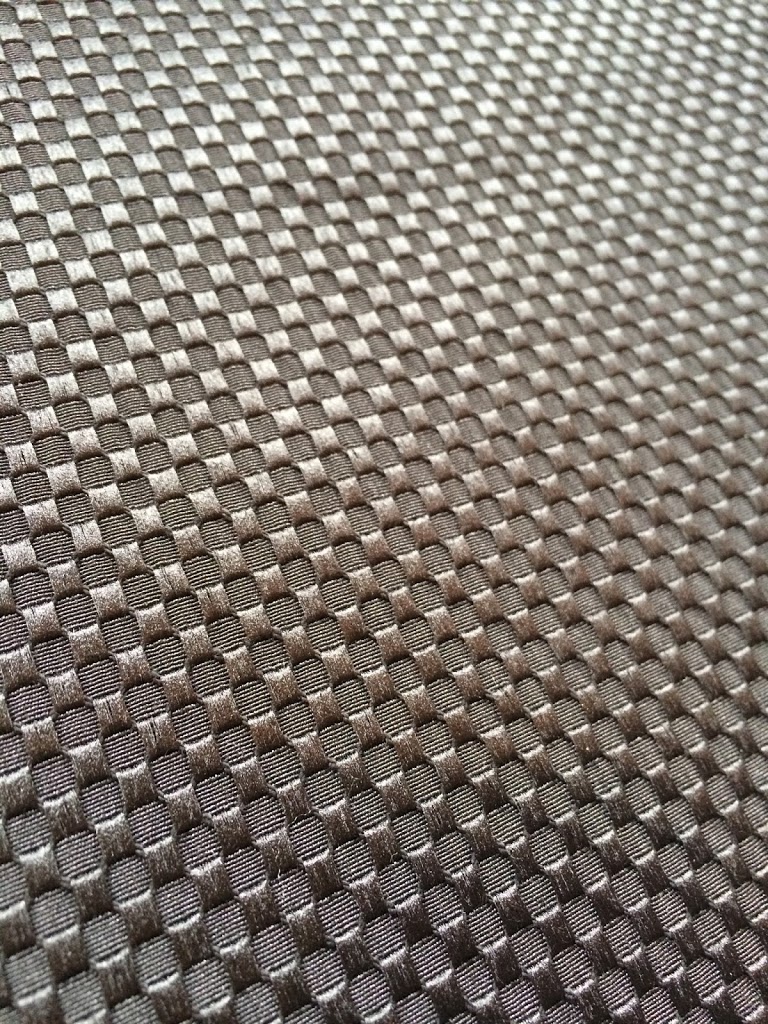 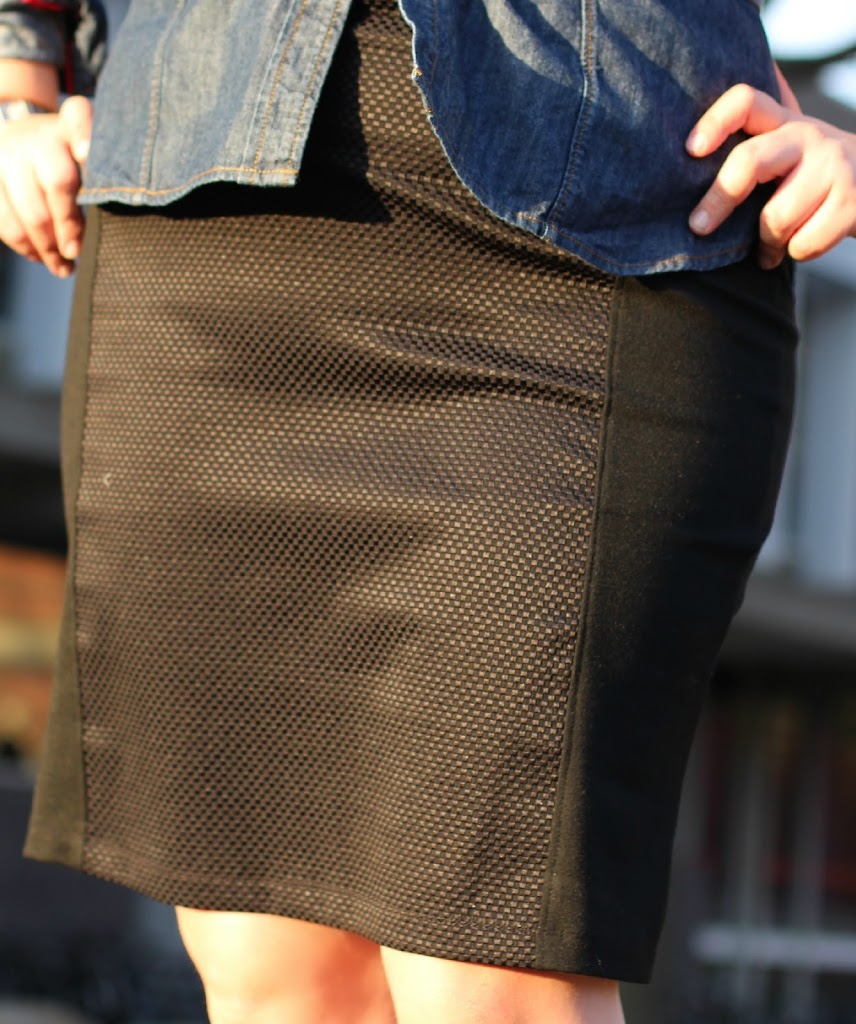 One tip: I found that the serged seams of the skirt were sticking out (not laying flat with the fabric), so I went around with my walking foot on my sewing machine and topstitched all of them down. Not only does it make for a smoother silhouette, but it also looks kind of cool and RTW.

I decided to err on the side of caution and make a 2XL to make sure it wasn’t too clingy, but that turned out to to be an overcompensation and I ended up taking it in to what is probably an XL. Next time I’ll just cut a straight XL!

I’ve heard others mention cling-phobia with this pattern, and hopefully I can reassure you that it really can look great if you use a heavy knit, and also think about how you want to style it. For me, I have a sort of “double bump” on my hips, so wearing it with a shirt (which covers the top bump) ended up looking really great, although in all honesty I wouldn’t wear it just with a top tucked in. If you take a look at the styling from the rest of the Curvy Sewing Collective I think we all ended up with some version of the same approach! 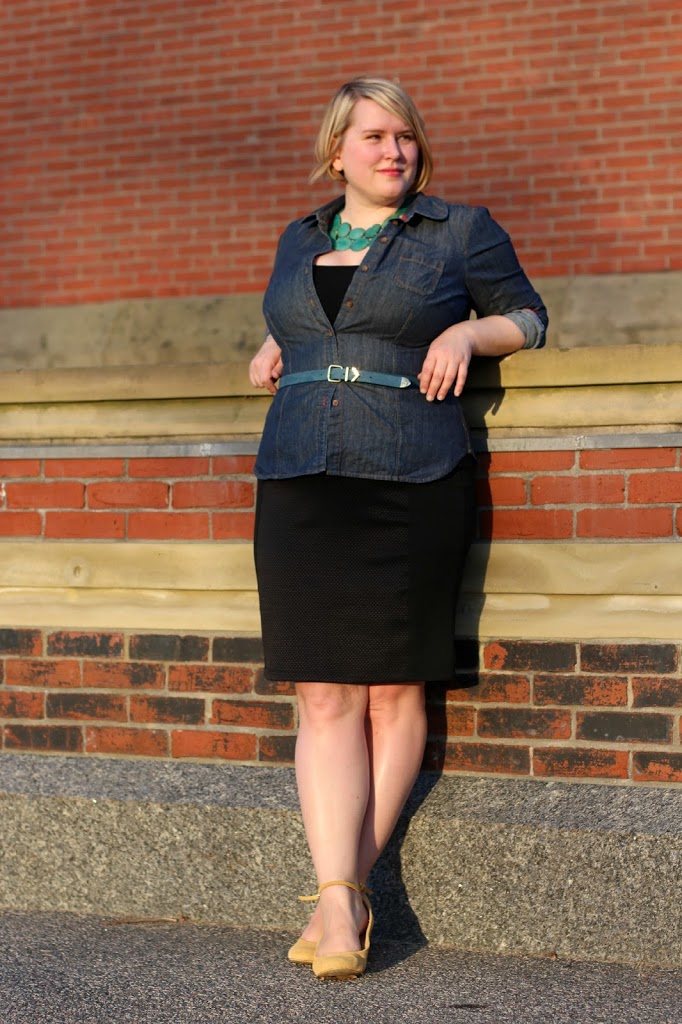 The best thing about this pattern is its versatility – you really only need this one knit skirt pattern! You could make it at various different lengths, out of different types of material, colour block… the options are endless.

Perfect for relaxing on these early summer days! 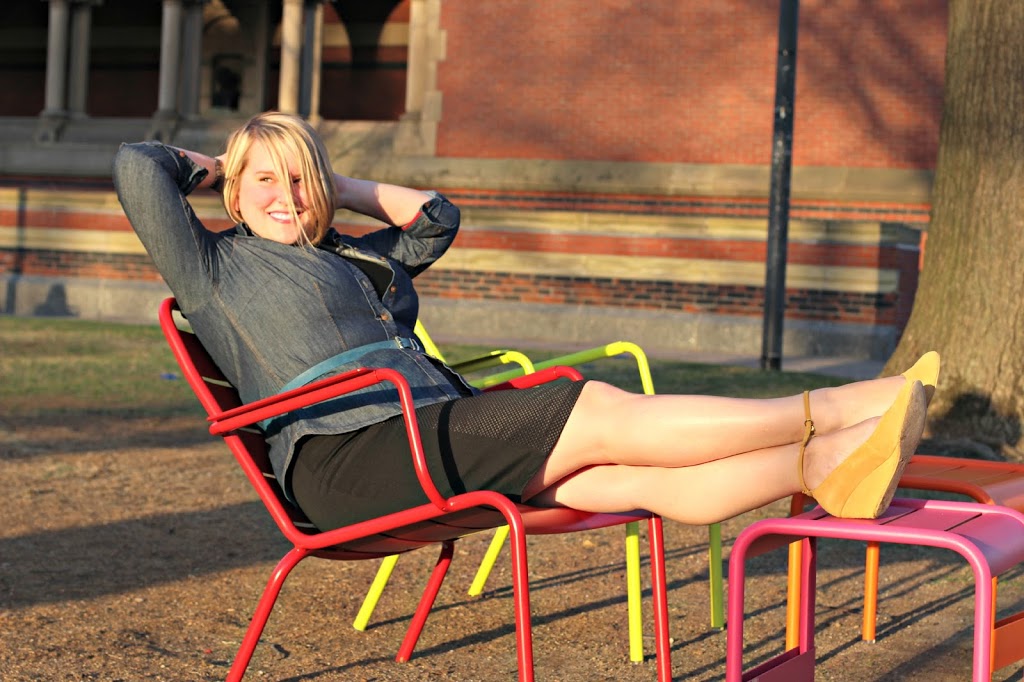 I hope you’ve enjoyed seeing the Curvy Sewing Collective rocking their Colette makes so far, and you’ll stick around to see Mary N’s next week! Have you made your Mabels yet, readers? How are you wearing them? 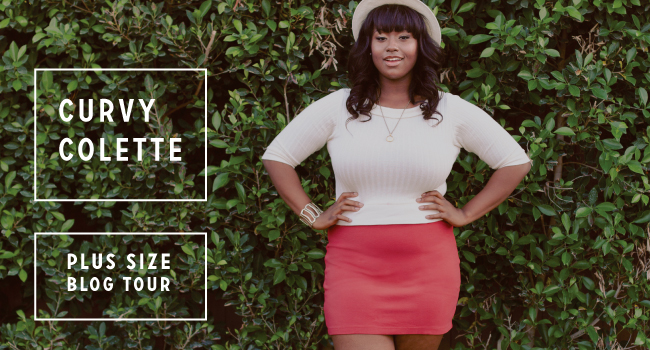 Sign up for our newsletter and you’ll receive exclusive offers, curvy sewing news, and 10% off your next purchase.
END_OF_DOCUMENT_TOKEN_TO_BE_REPLACED