You know what this time of year calls for? A coatigan! Yes that’s right it’s a cardigan which is pretending to be a coat. Or a coat pretending to be a cardigan. Really, it’s up to you. When the weather turned cold and I was still a wee bit chilly even inside my house, I decided to whip up my own, using the trusty Cashmerette Fuller Cardigan as the starting point. And what a snuggly Fuller coatigan beauty she is! 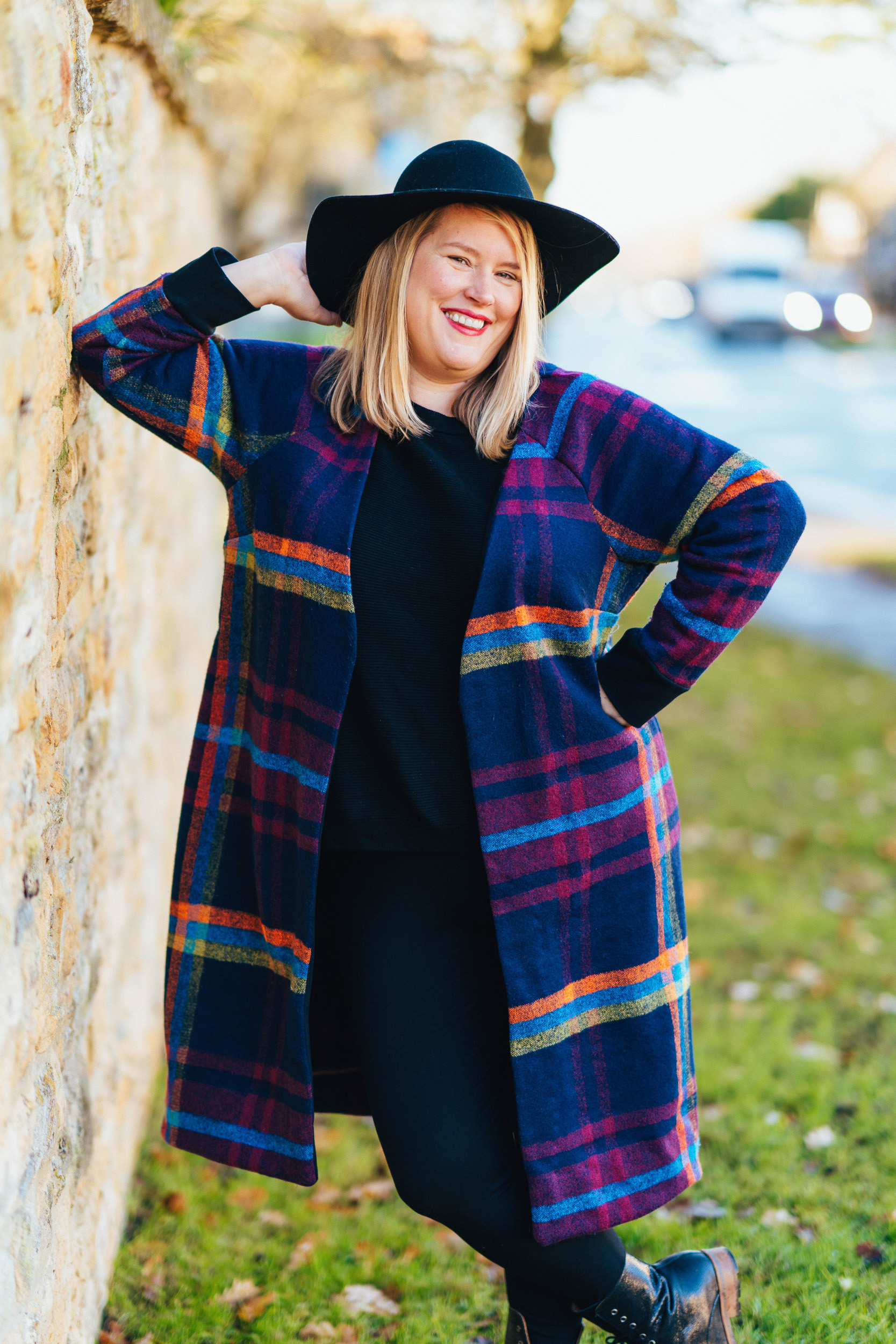 I used a really plush knit coating from Fabric Godmother, which is just the right weight for your coatigan dreams. It is a *bit* tricky to hem (the springiness makes it hard to get anything flat and it doesn’t really press), and I do already see a bit of pilling at the underarms but… I don’t care, I still love it. 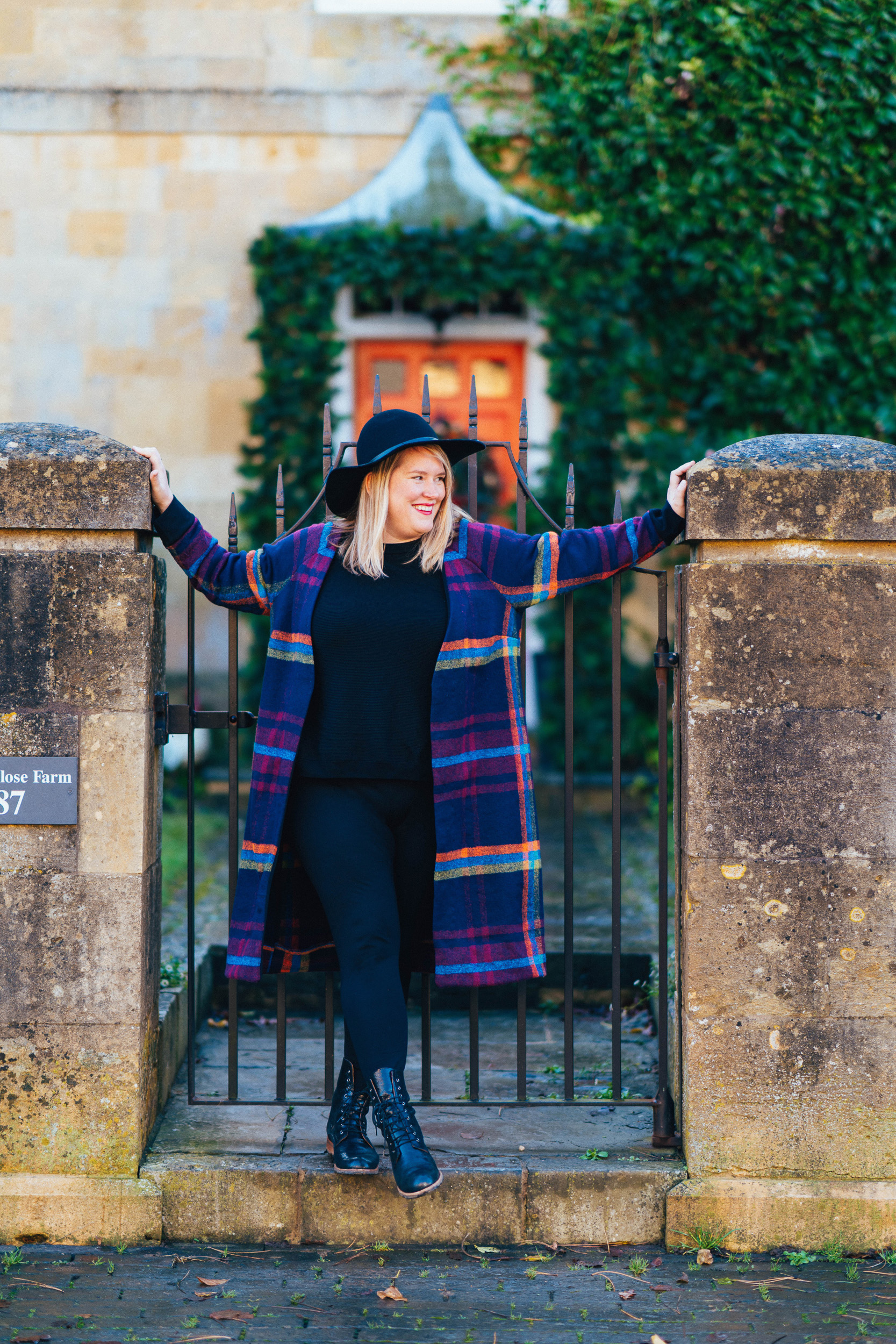 I started with a size 20 G/H, as I’m between sizes right now and as I planned to wear my coatigan over layers, I wanted to err on the side of too big rather than too small.

To transform the Fuller Cardigan into a Fuller coatigan, I did two things.

First up, I took view A (the longer, V-neck version), and I lengthened it. I measured down from my armpit  to see how long I wanted it, and initially went with 36″ (armpit to hem), but in the end, I brought it up to about 34″. To lengthen the pieces, I started with the back, and lengthened the hem until it was at 34″ down from the armpit. For the front, I simply added the same amount to the bottom, rather than measuring from the armpit, because there’s a dart there and that would throw off the measuring. Then I extended the front facing by the same amount.

Notably, if this was a closed garment, like a t-shirt or a top, I probably would have already added some flare to the lower part, but for a coatigan there’s no need.

Second, I wanted to create a chunky hem facing in order to keep everything weighed down nicely. So I simply traced off the bottom of the front and back pieces, to create a roughly 4″ deep hem facing (the back piece cut on the fold, and two pieces for the front). 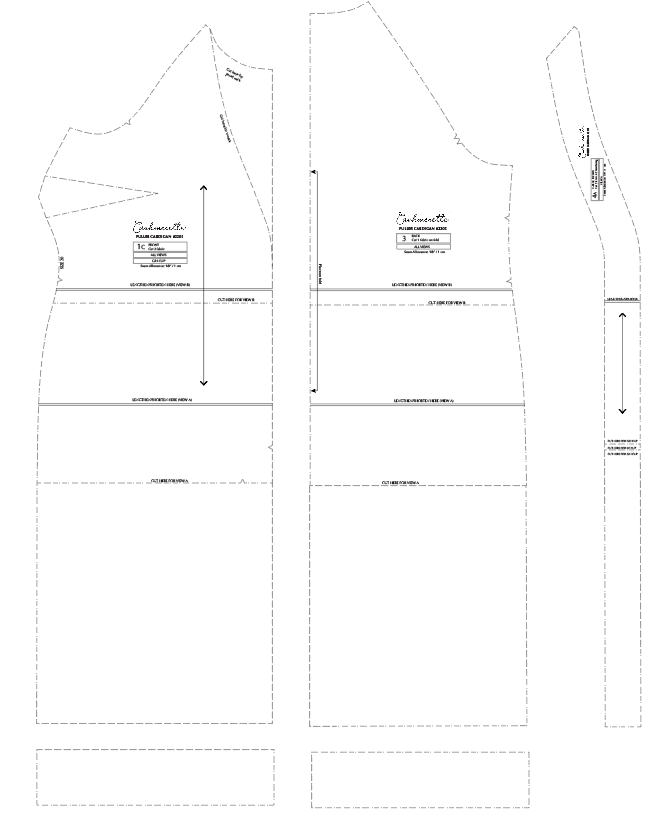 Then I constructed it as usual (we even have a sewalong for that if you’d like more help!). 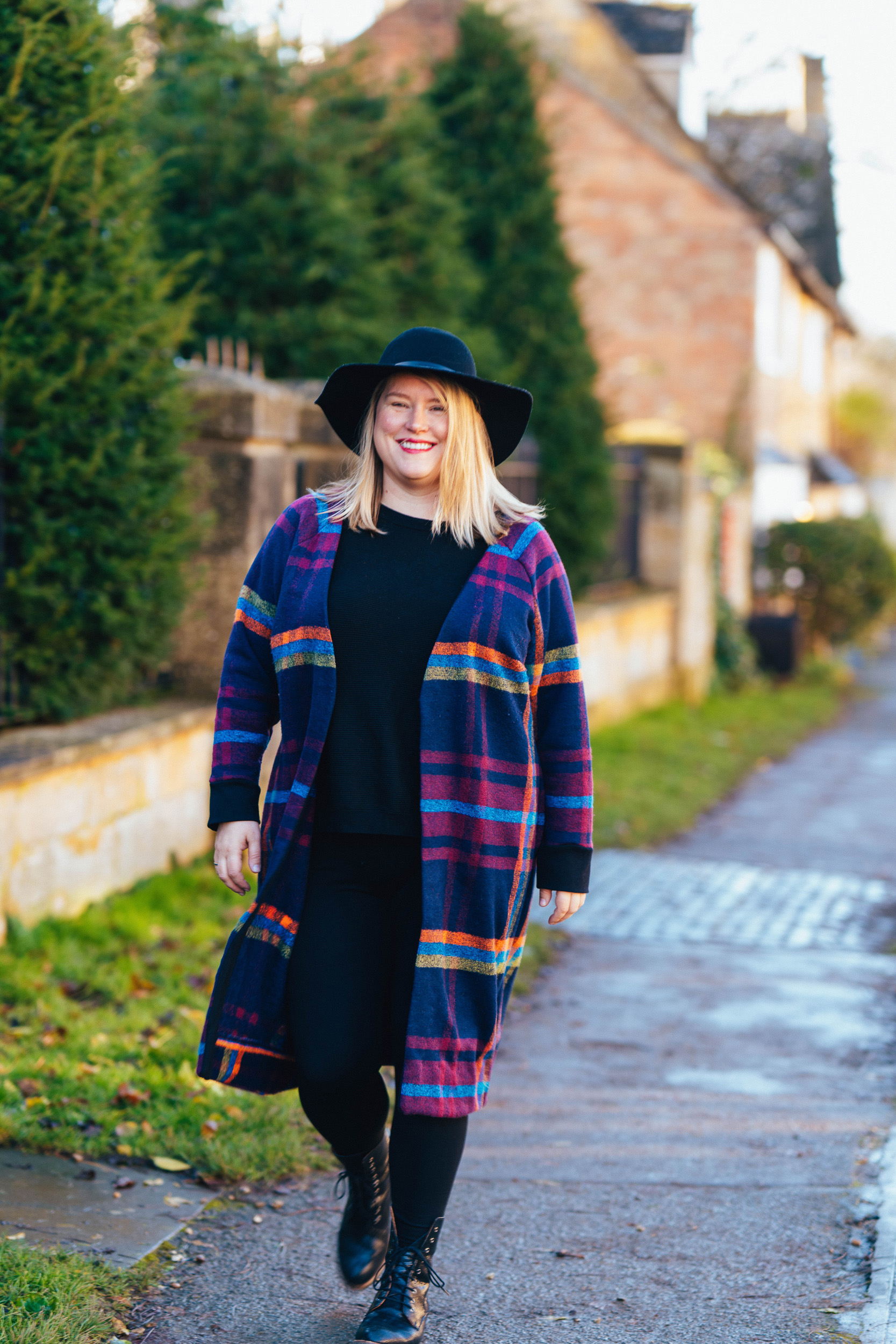 Et voila! It took me two “after the toddler had gone to sleep” evenings to make, and I’ve been wearing it ever since. As the pattern is quite bold I’m mostly enjoying it with an all-black ensemble, but perhaps I’ll get braver at some point! 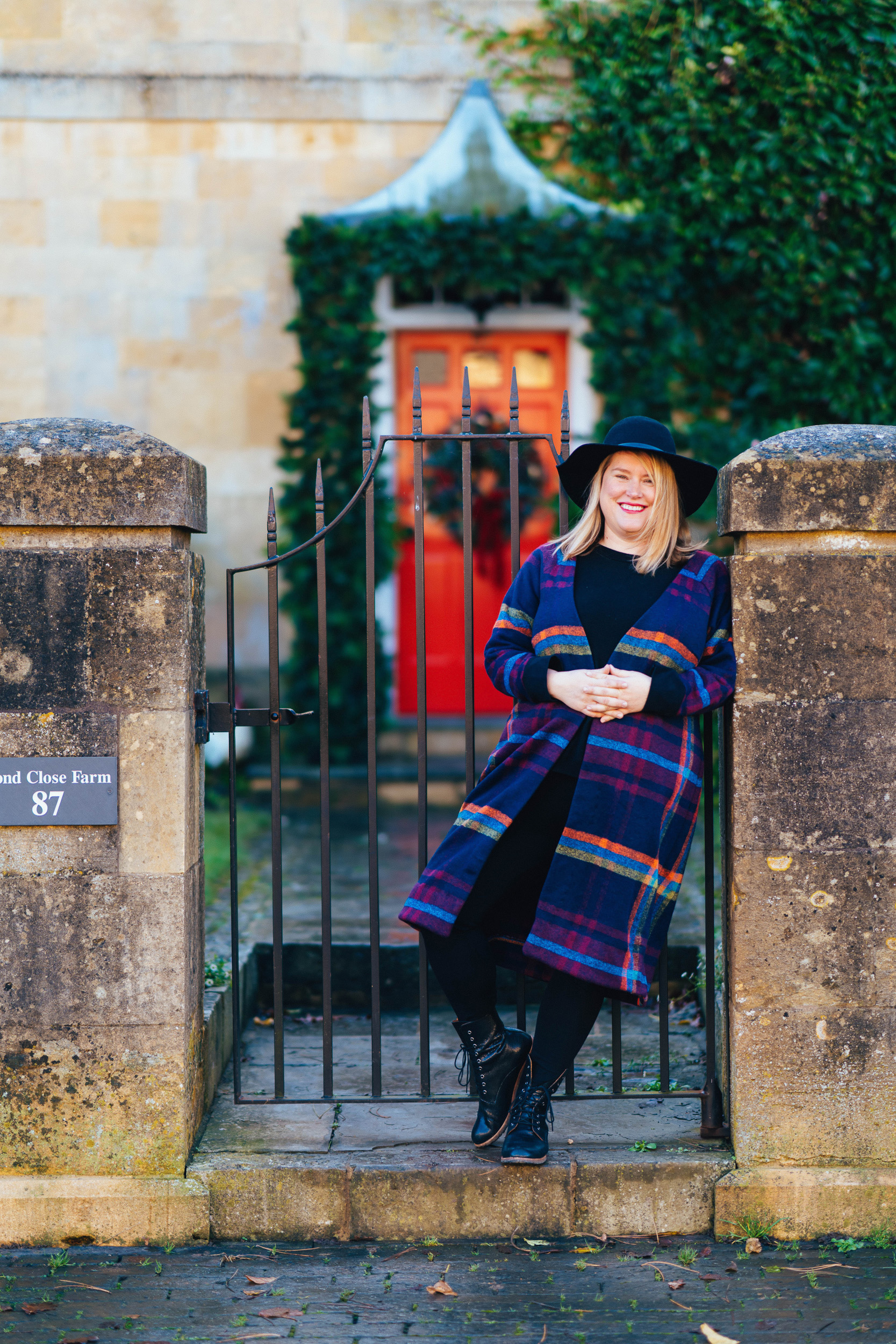 So that’s the story of how I basically made a house-coat a.k.a. Fuller Coatigan. Yeah, I’m middle aged. I’m just going to own it.

Are you a housecoat/coatigan fan?! Hard to imagine anyone wouldn’t be.

6 thoughts on “A Fuller Coatigan for max snuggles!”

Sign up for our newsletter and you’ll receive exclusive offers, curvy sewing news, and 10% off your next purchase.
END_OF_DOCUMENT_TOKEN_TO_BE_REPLACED