Welcome to the Calder Pants & Shorts sewalong! If you’re ready to start sewing your first pair of Calders, you’re in the right place. 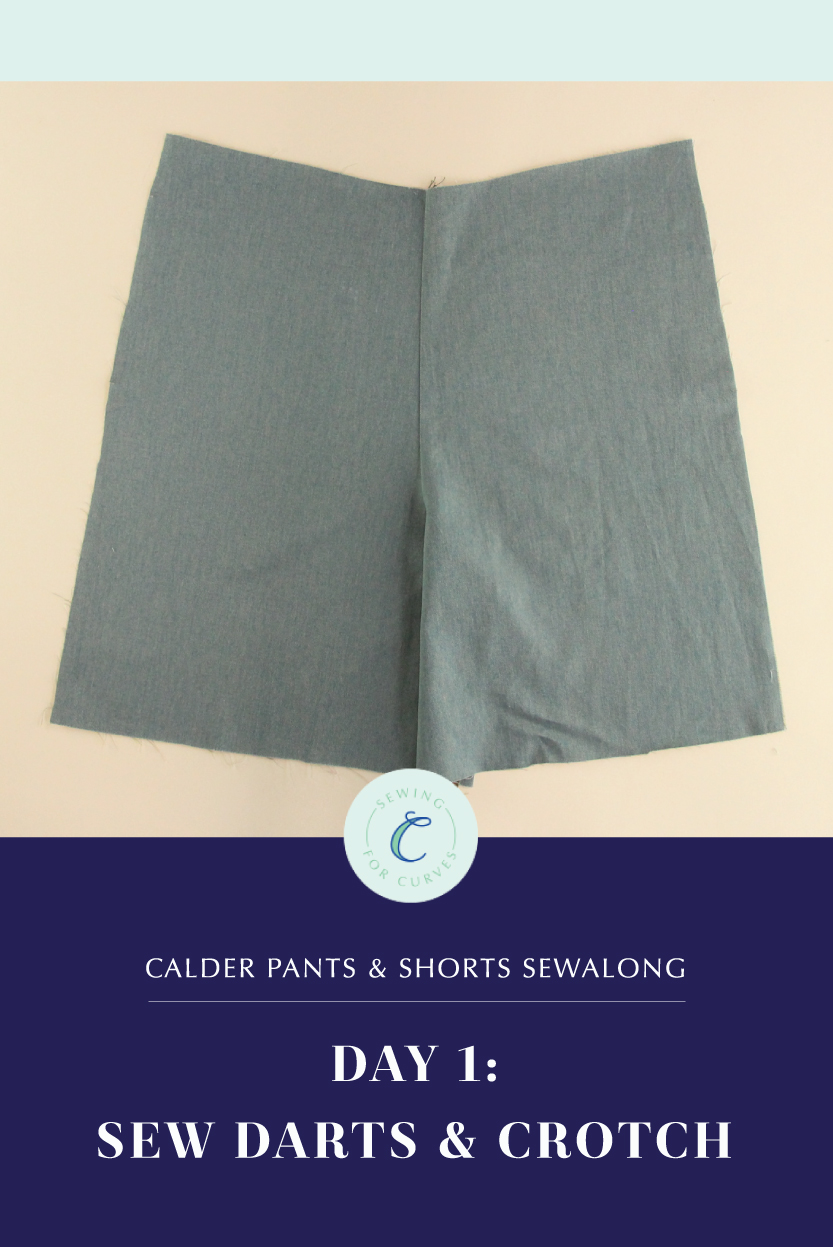 If you’re just joining us, be sure to check out our Calder Pants party with Blackbird Fabrics, fabric inspiration and ideas from ready-to-wear fashion. You’ll also want to review the pattern and fabric prep checklist to figure out your size and get your fabric ready.

I’ll be sewing up View C of the Calder (the shorts), but the construction method is the same for all views and lengths. I’m using a green/gray chambray with a tan wrong side, and contrasting thread to help you see the stitching lines more easily. You should use a coordinating thread on your Calder, unless you’re going for that contrast stitching vibe. (That could definitely look cool.)

We’ll be using a 1/2″ (12 mm) seam allowance, except for a few spots that I’ll note for you as we go. I’m sewing up this Calder on a sewing machine and finishing the seams on a serger, but if you don’t have a serger, you can finish your seams by pinking them or sewing a second line of stitching close to seam and trimming off the rest of seam allowance.

Today we’re starting simple by sewing our darts and the crotch seams, then we’ll kick it up a notch tomorrow when we add in our pockets. But enough chitchat, let’s start sewing!

The Calder includes two pelvis fit options: apple and pear. The pear pelvis has two darts in the back, one on each leg, while the apple pelvis has none. If you’re using the apple option, you can skip this step and move right on ahead of the class (lucky you!).

(Not sure which pelvis option to choose? Go here.) 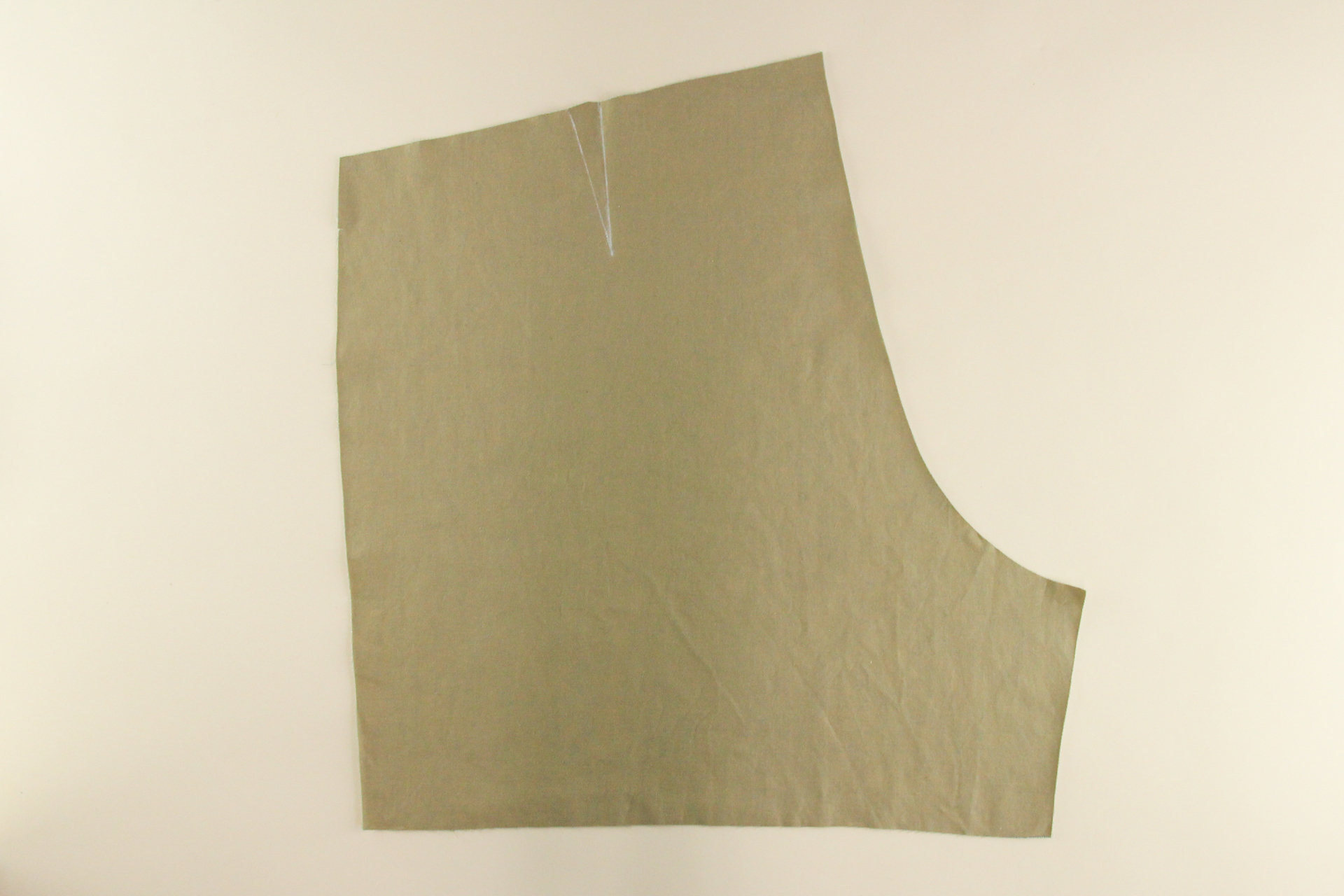 Does anyone else procrastinate as much as possible before you sew your darts? I do this every time because I think it’s going to be hard, but then every time I do it, I remember that it’s actually not hard at all. I think this is left over from when I used to have a hard time lining up the dart legs when I first started sewing.

Here’s what I do now to keep the legs lined up. I fold the dart in half and line up the two legs at the edge and pin. Then I pin at the dart point. After that, I poke a pin through the dart leg on one side and see where it pops up on the other side. If the pin has gone through the other dart leg, I know I’ve lined it up well. If not, I shift the two sides a bit until the pin goes through both legs. Do this with a couple of pins along the dart legs and you’ll be golden. 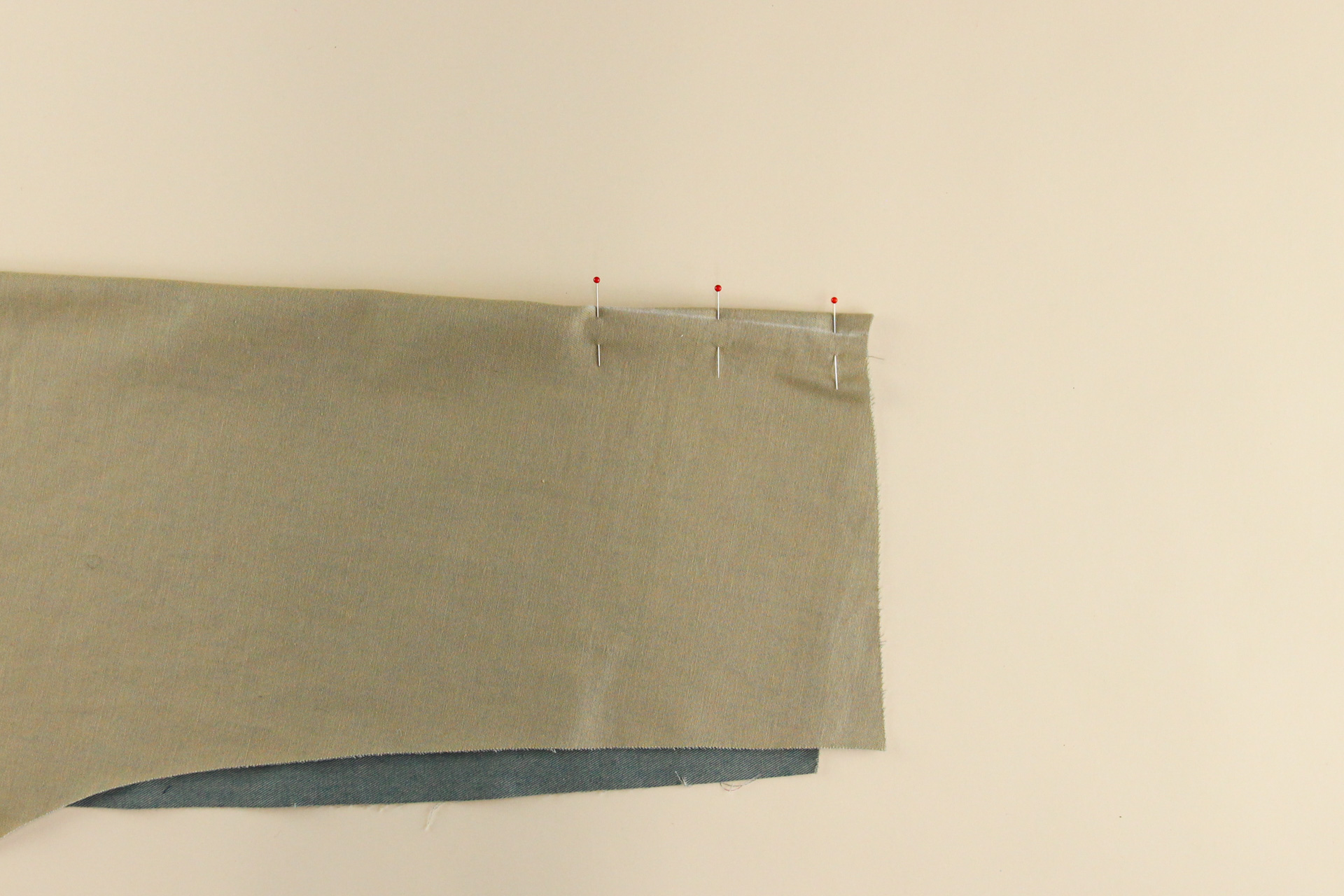 Now we’re going to sew the dart. If you find that your dart points are often bulky, try tying off the ends when you get to the point (rather than backstitching), and press well over a ham. 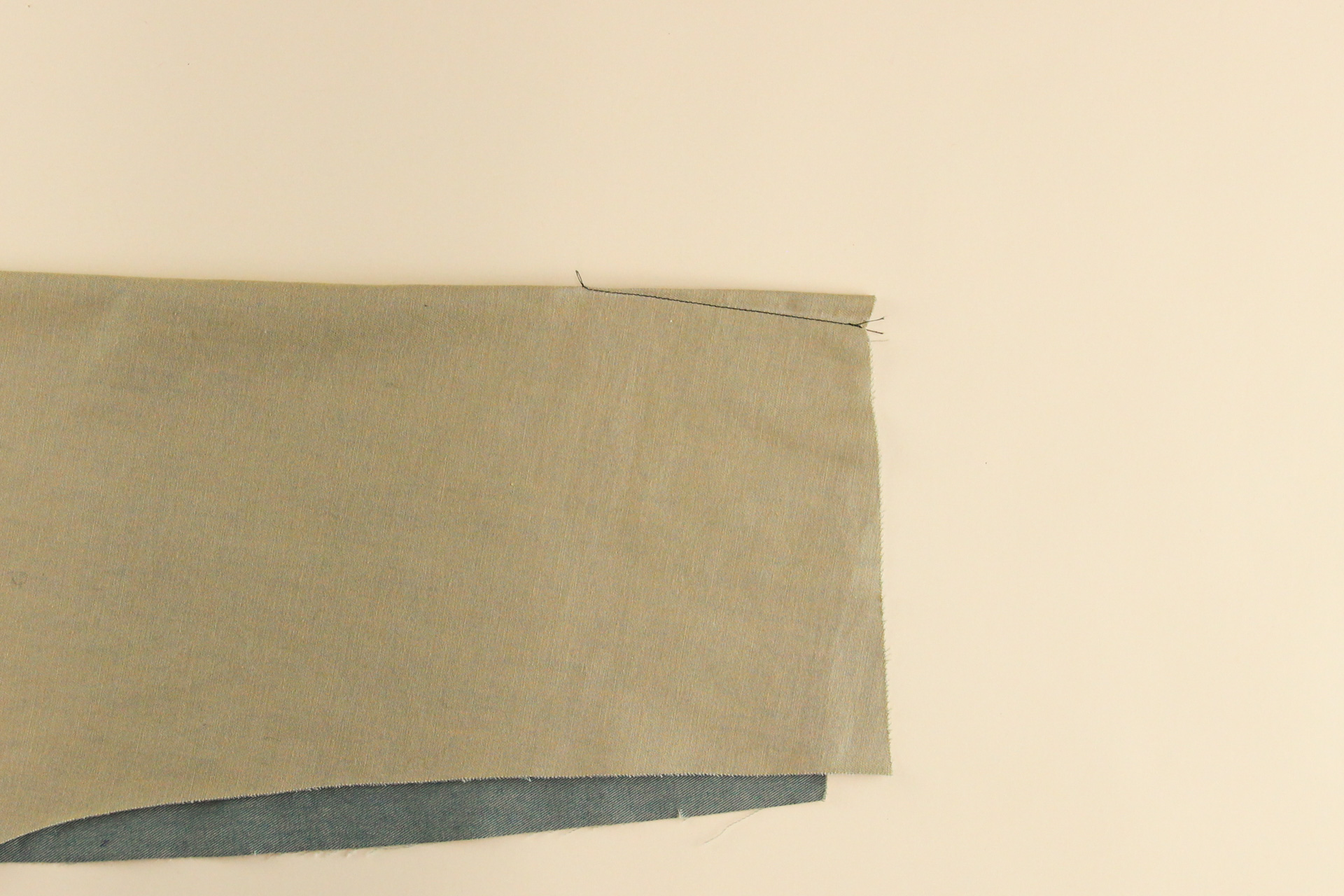 Let’s press that dart towards the center of the pant leg (the crotch curve). 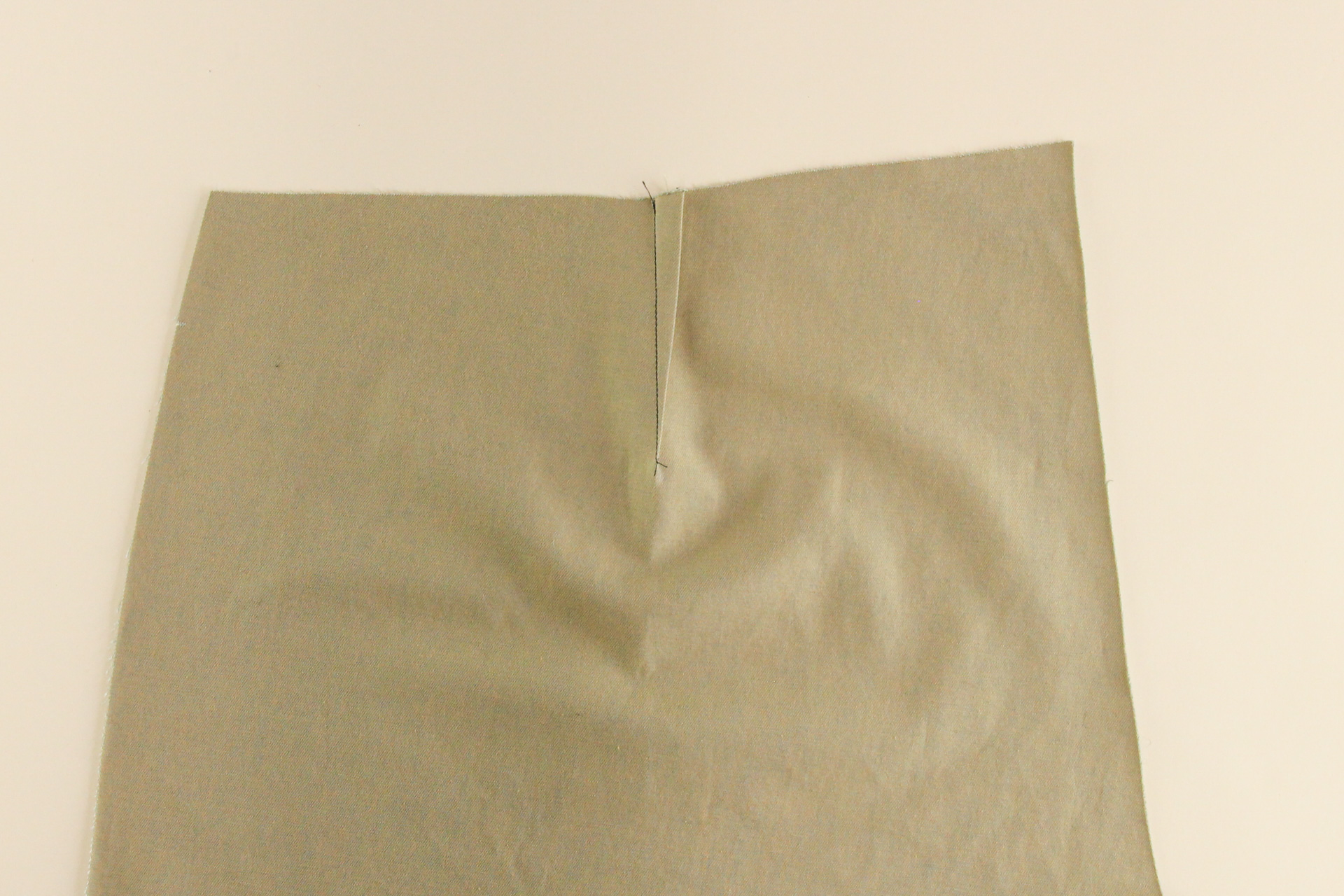 And we’ll do the same with our other leg. 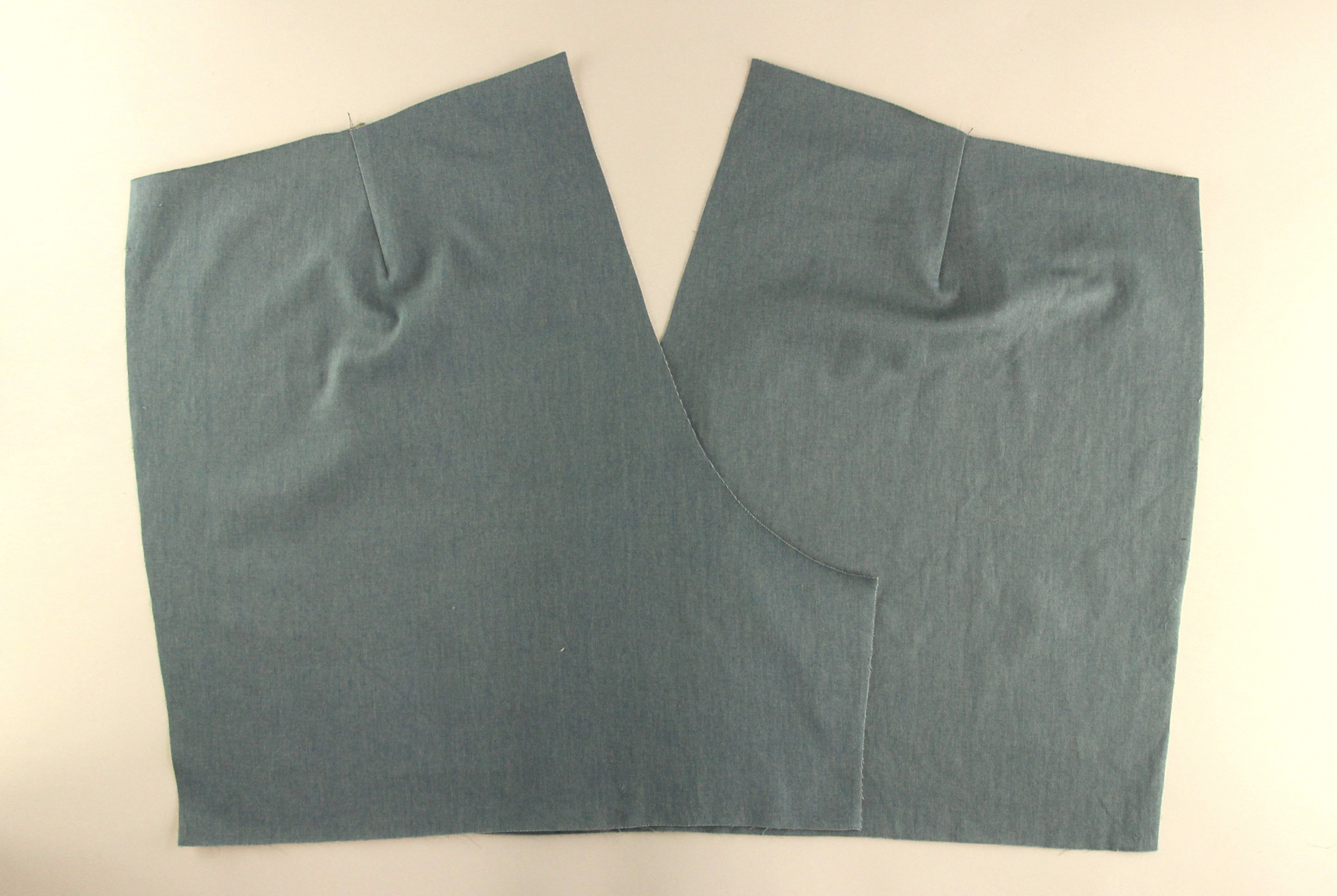 See? Nothing to fret about when it comes to darts. (I’m saying that just as much to myself as I am to you.)

Apples, time to jump back in! We’re now going to be sewing the crotch seams on both the apple and pear pelvis options.

Pin the two front legs at the crotch seam (that’s the curved bit). 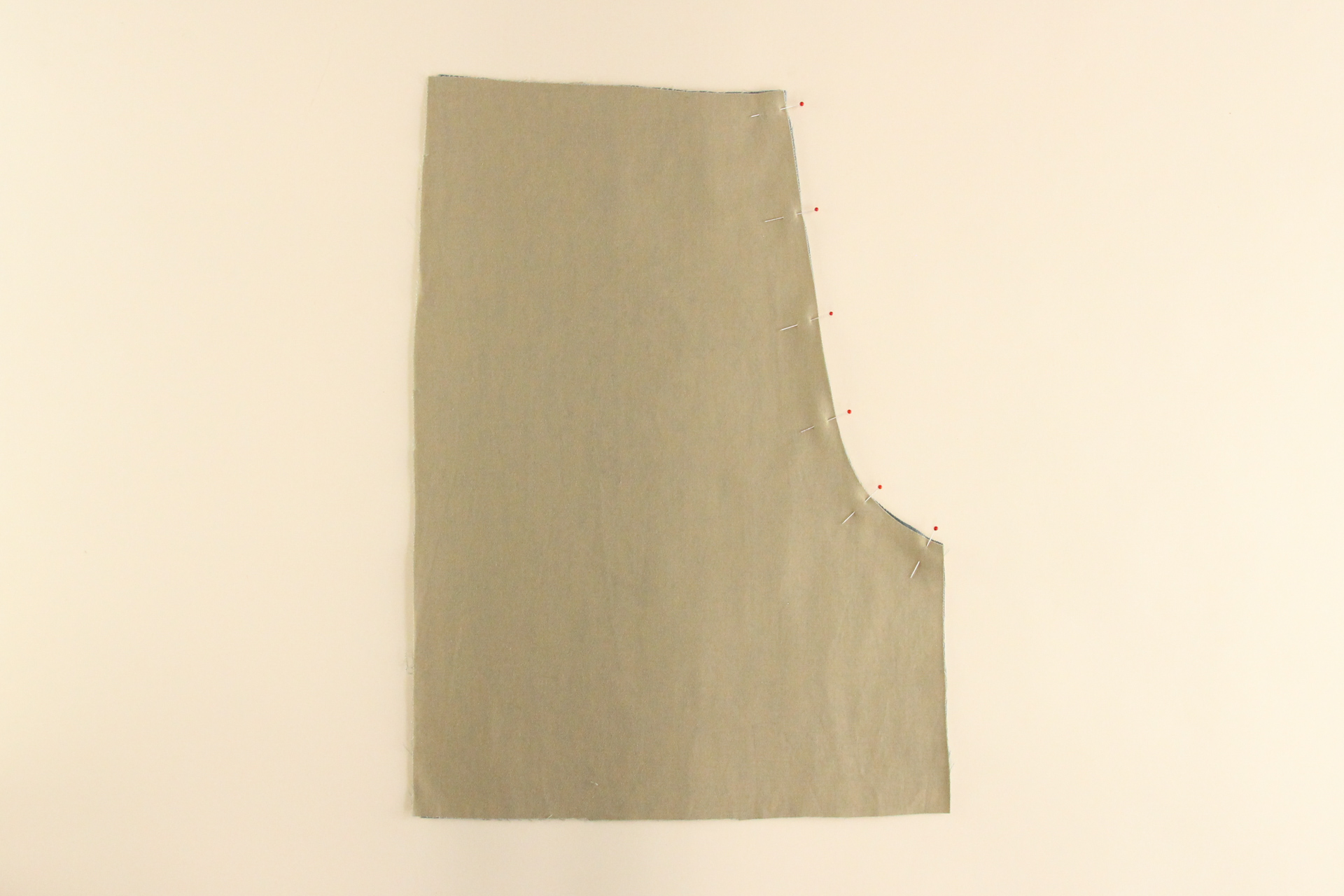 By the way, don’t be concern that the front legs are so much narrower than the back legs–that’s intentional! The side seams are designed to sit forward on your body. 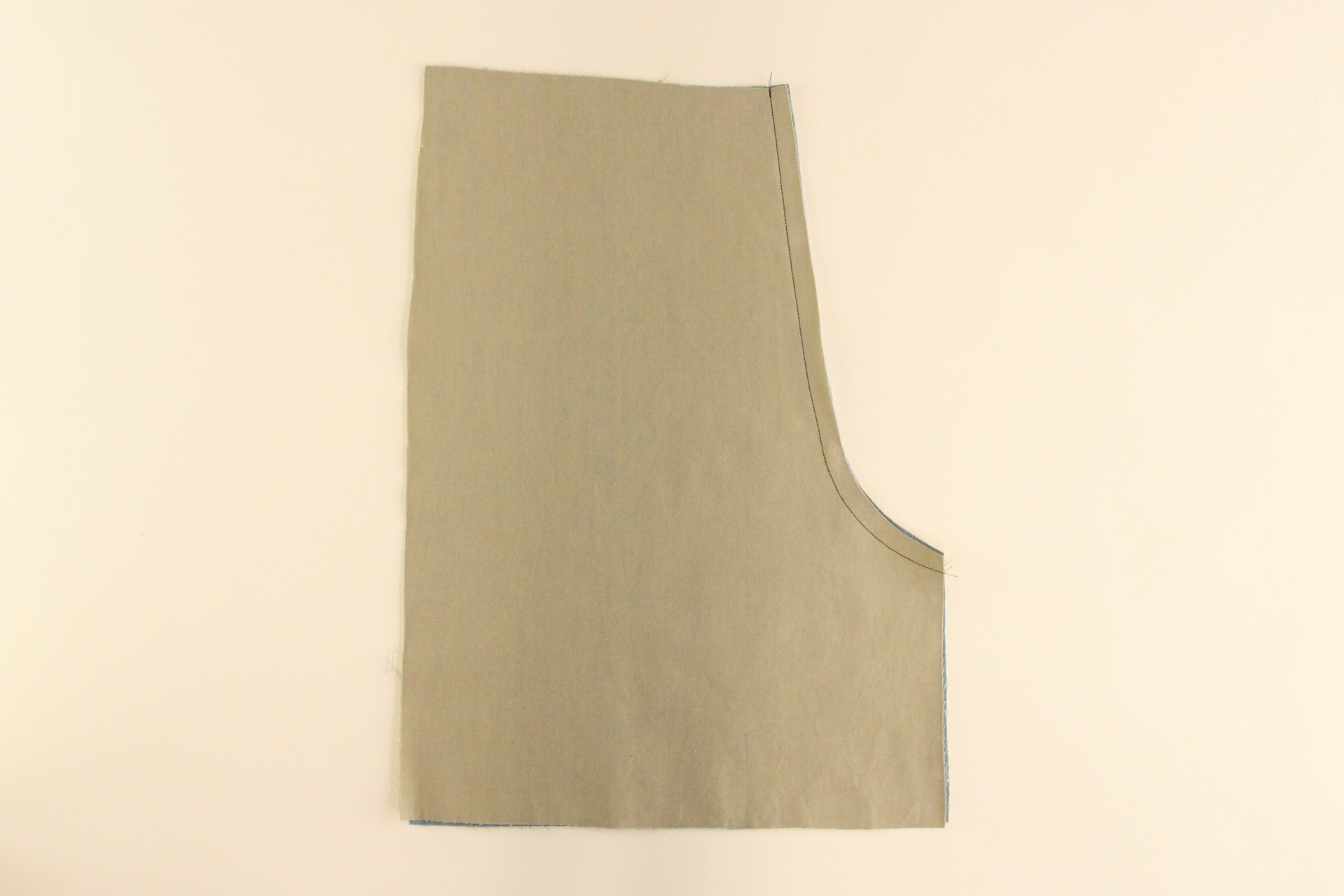 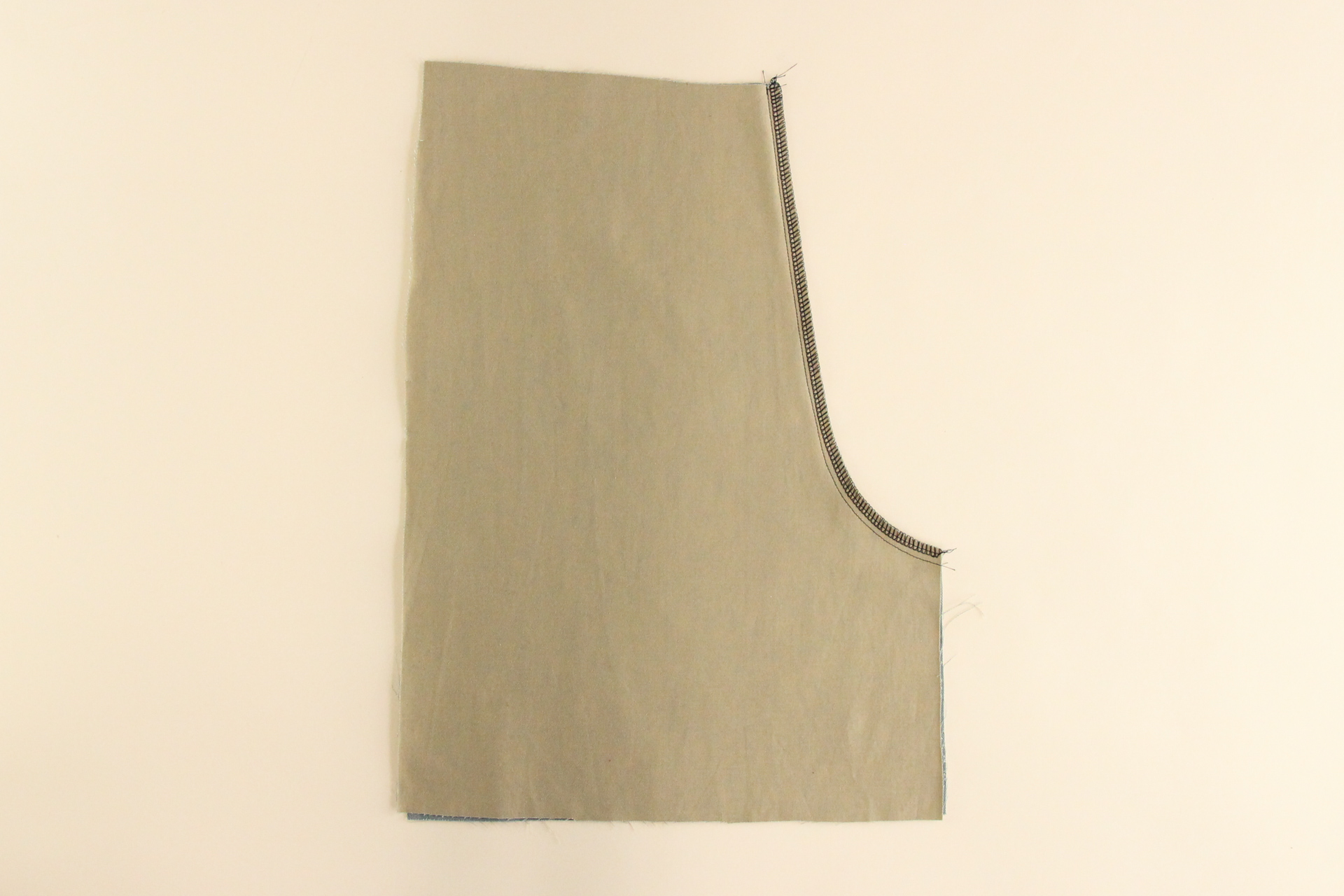 Now we can open up the legs and press the seam allowance to one side. Because the crotch is curved, it helps to do this over a ham. 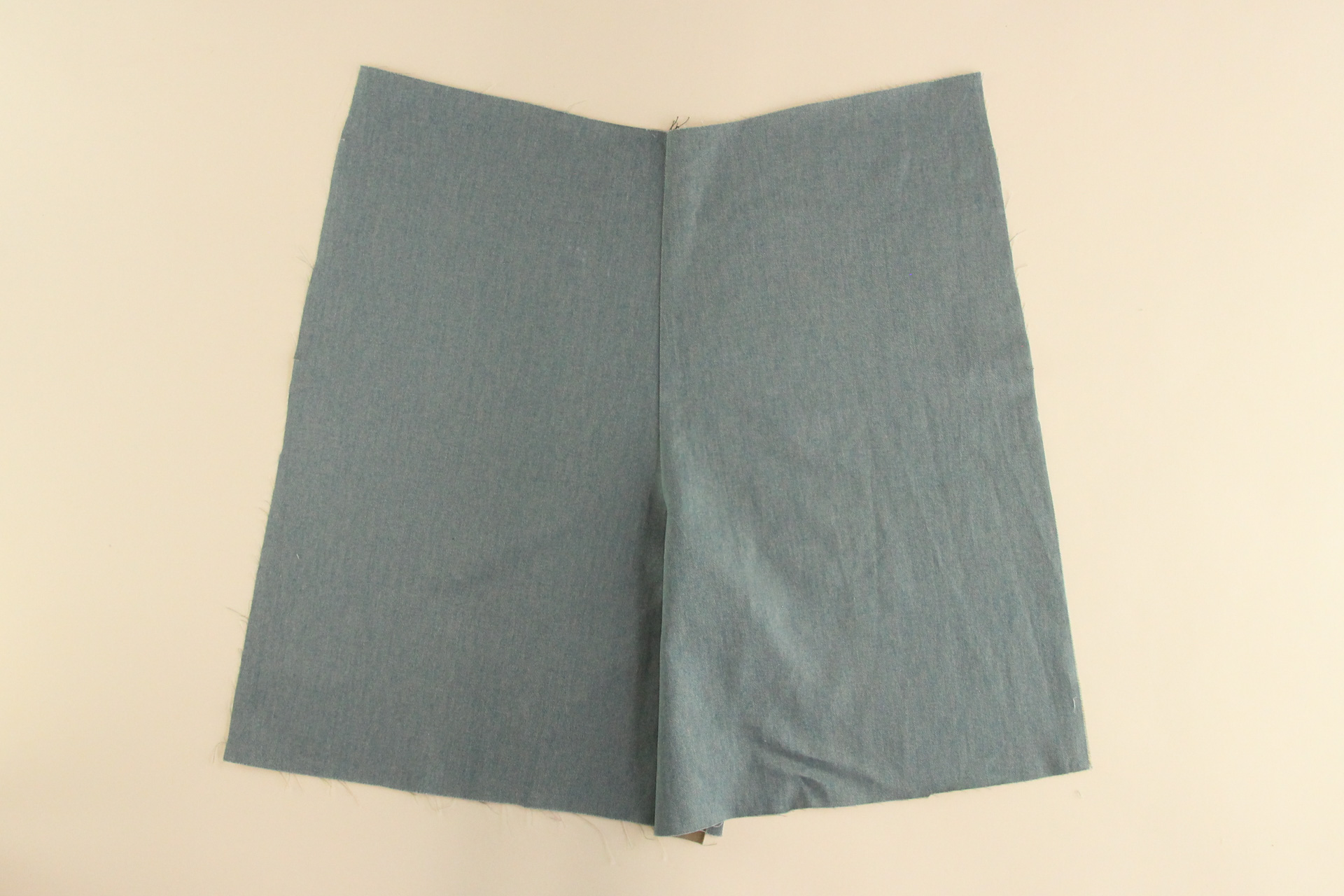 Let’s do the same with our two black legs. 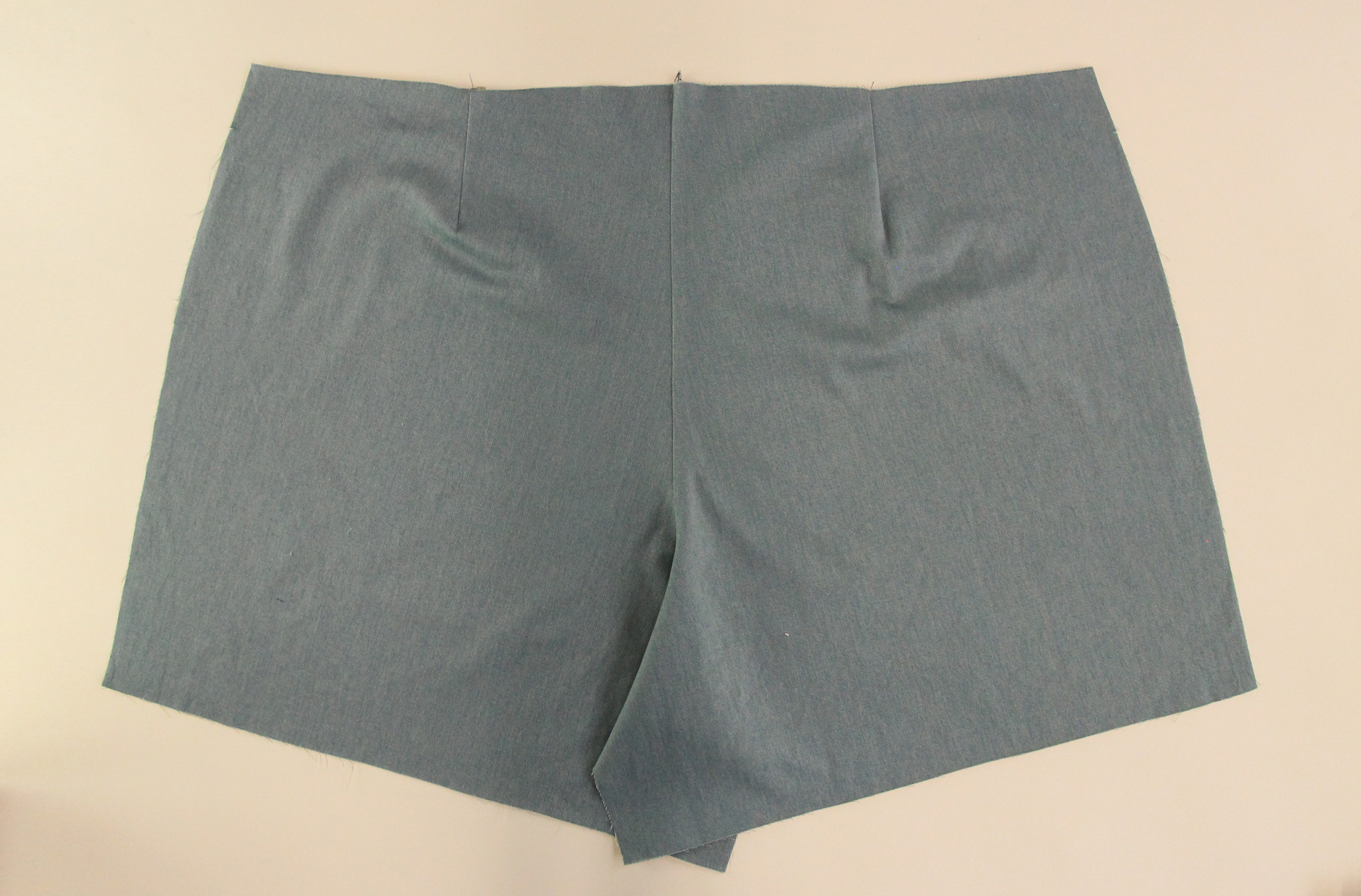 And that’s all for today, folks! Super simple start, but tomorrow, things will get a little more intense as we attach our pockets. We’ll be showing you two ways to do the pockets. After that, we’ll have one final day of sewing and then we’ll be done!

We’d love to see your Calders, whatever stage you’re at! Tag your posts on social media with #CalderPants and #CalderShorts so we can be totally jealous of your fun new flowy pants.

Sign up for our newsletter and you’ll receive exclusive offers, curvy sewing news, and 10% off your next purchase.
END_OF_DOCUMENT_TOKEN_TO_BE_REPLACED