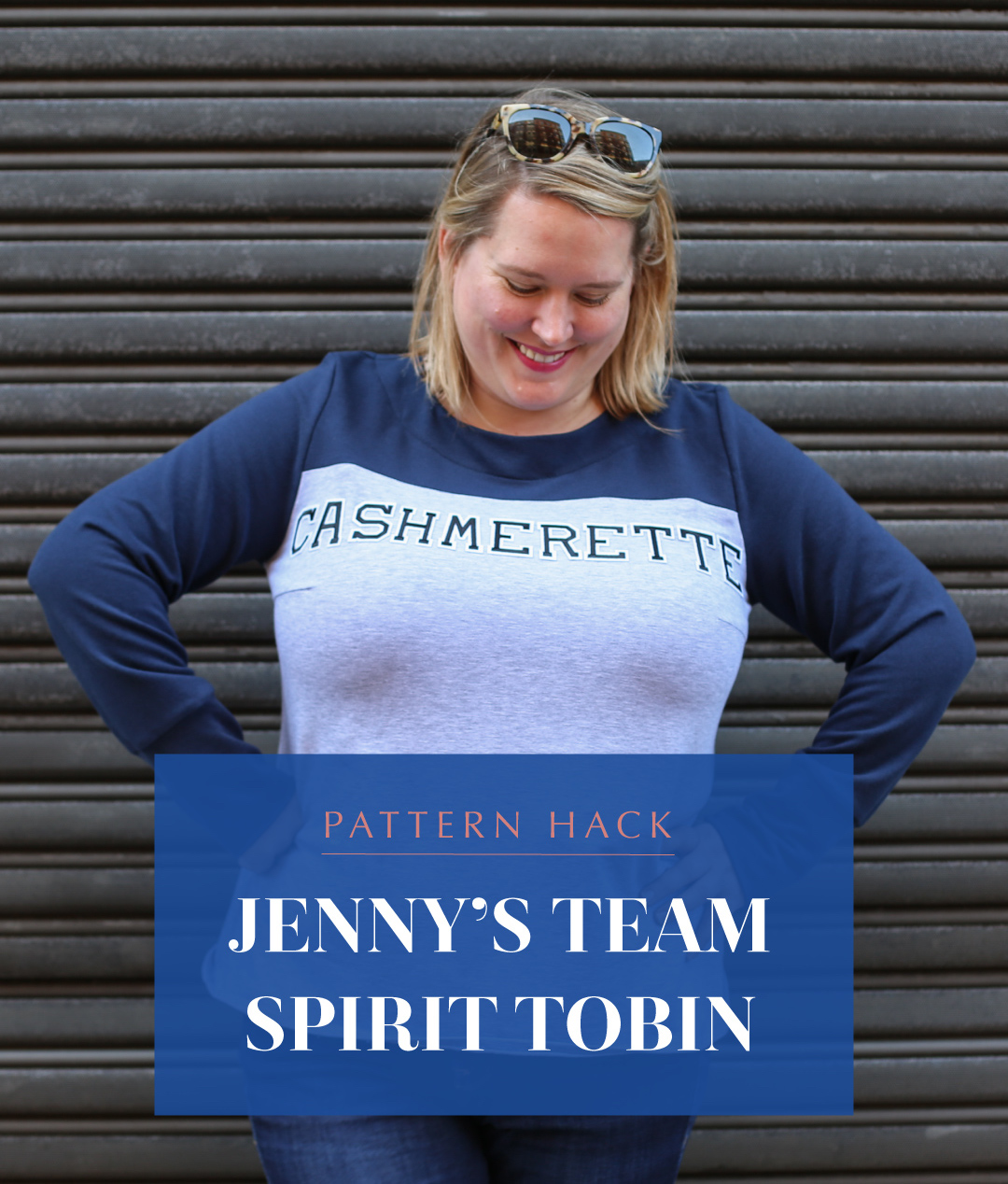 You might think that Cashmerette Patterns became a legit business when I filed for my LLC. Or perhaps back in 2015, when we launched our first pattern, the Appleton Dress. Or maybe 9 months later when we became profitable (yay!).

But I can exclusively reveal that no, we became a legit business WHEN I HAD A  SWEATER WITH OUR NAME ON IT. 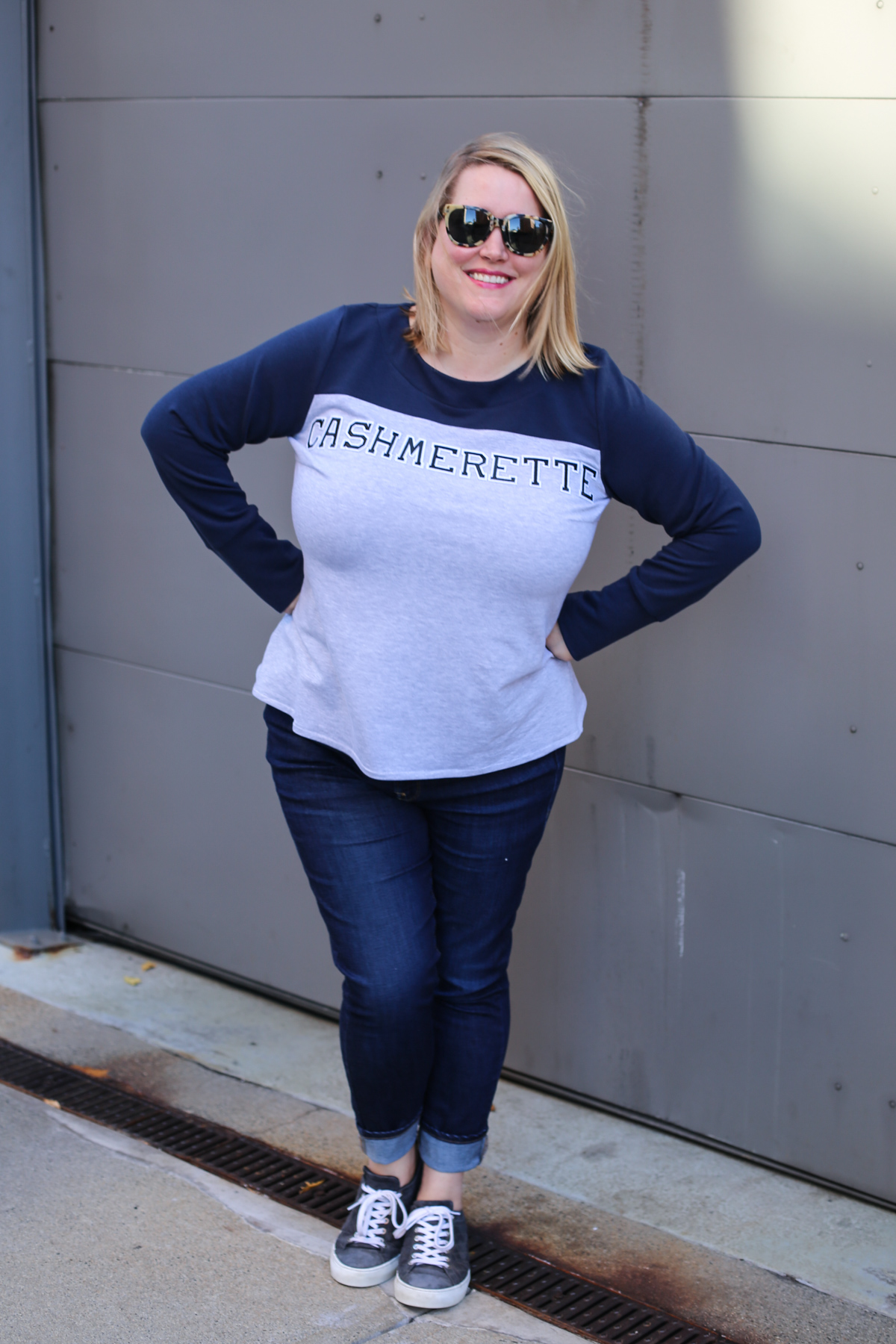 For who would doubt the existence of Cashmerette, if you can read it in letters across my ample bosom? I will add that it’s just as well I have an ample bosom because Cashmerette is a long word and as it is, it’s already curling into my armpits.

This sweater also feels very American to me. Growing up in the UK, we didn’t have varsity teams and sweatshirts (which probably accounts for all the British tourists buying Harvard sweatshirts in the University Co-op – so gauche, darlings). Now that I’m an American (joint-citizen) and have a business, and make my own clothes, why I could also make my dreams come true. 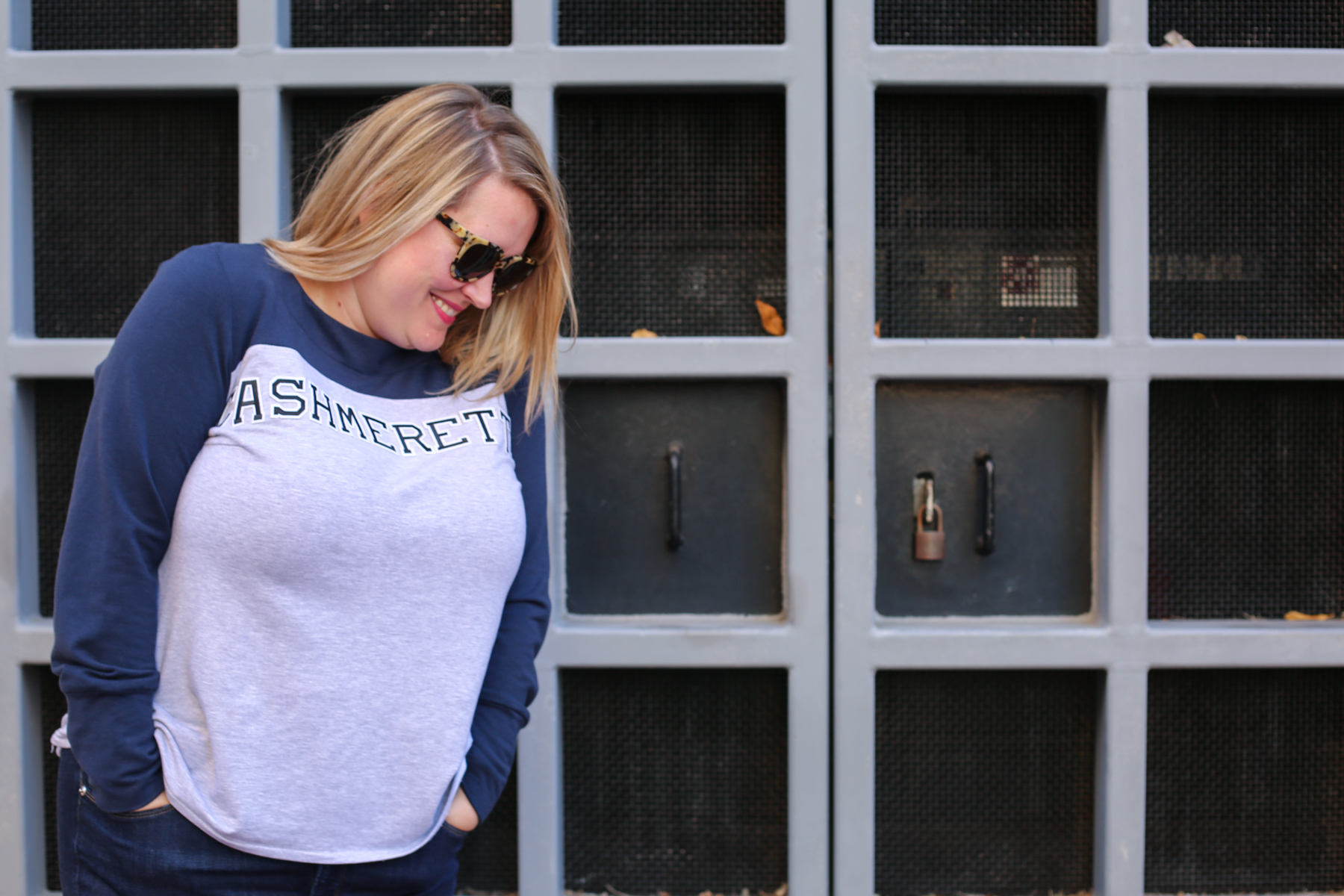 Making your own logo sweater is pretty easy. First up, make a colour-blocked Tobin Sweater. I used two tones of a light French terry which is molto cozy. 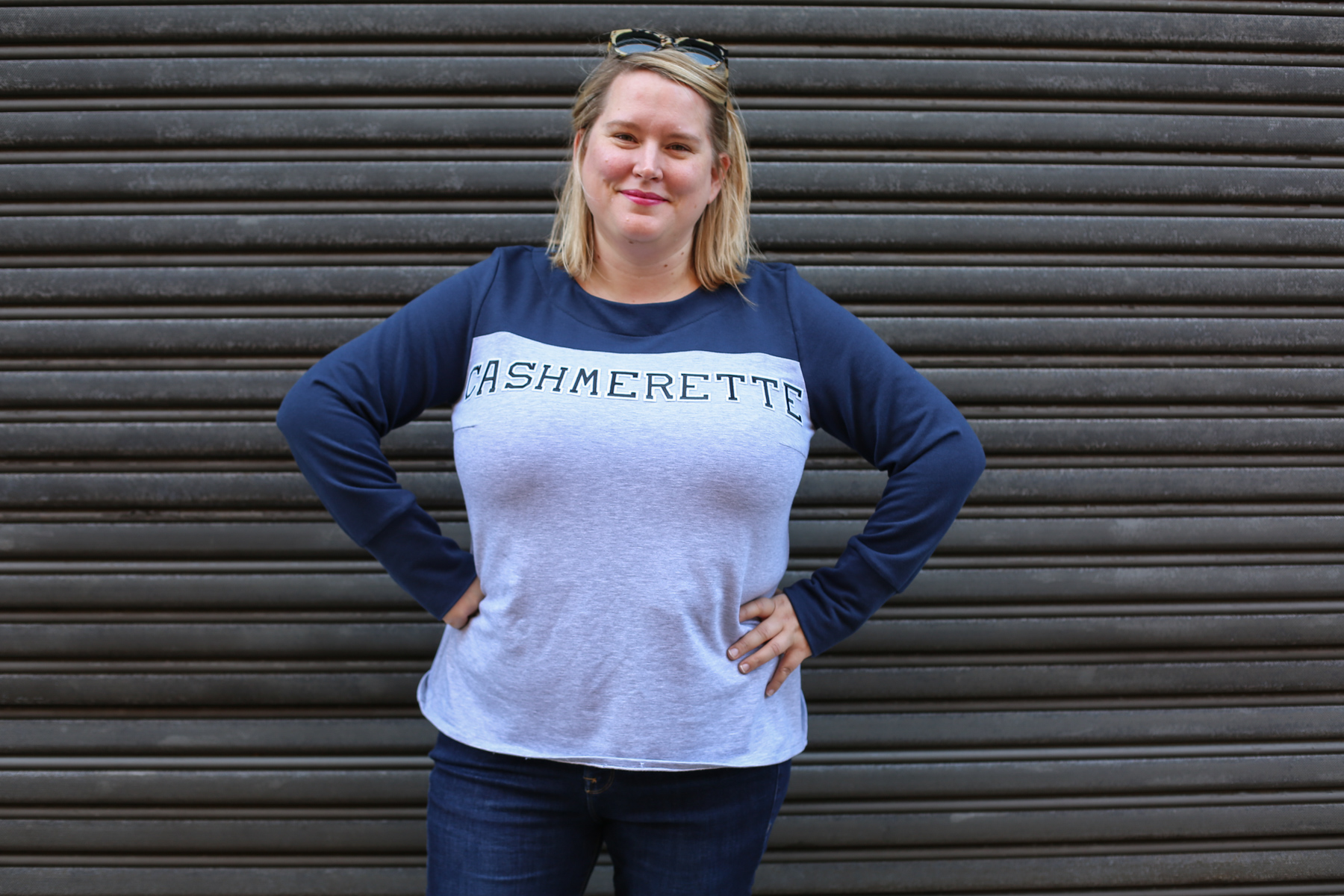 Then, on to the letters! I searched around for quite a while to find classic “varsity-style” letters (don’t at me I have no idea if they are authentic or not), and it was also a challenge to find the right size ones – I ended up with these ones from Amazon.

Although they’re theoretically iron-on I was most skeptical about their ability to go through a washing machine, so in addition to ironing them on, I straight stitched each of them around the edge of the black area. It was well worth it, as the white edges immediately started to curl up a bit after wear, and would clearly have fallen off at an inopportune time and people would have been left wondering what “Shmere” is.

A quick make, and then nothing left to do but pose by my parking garage… 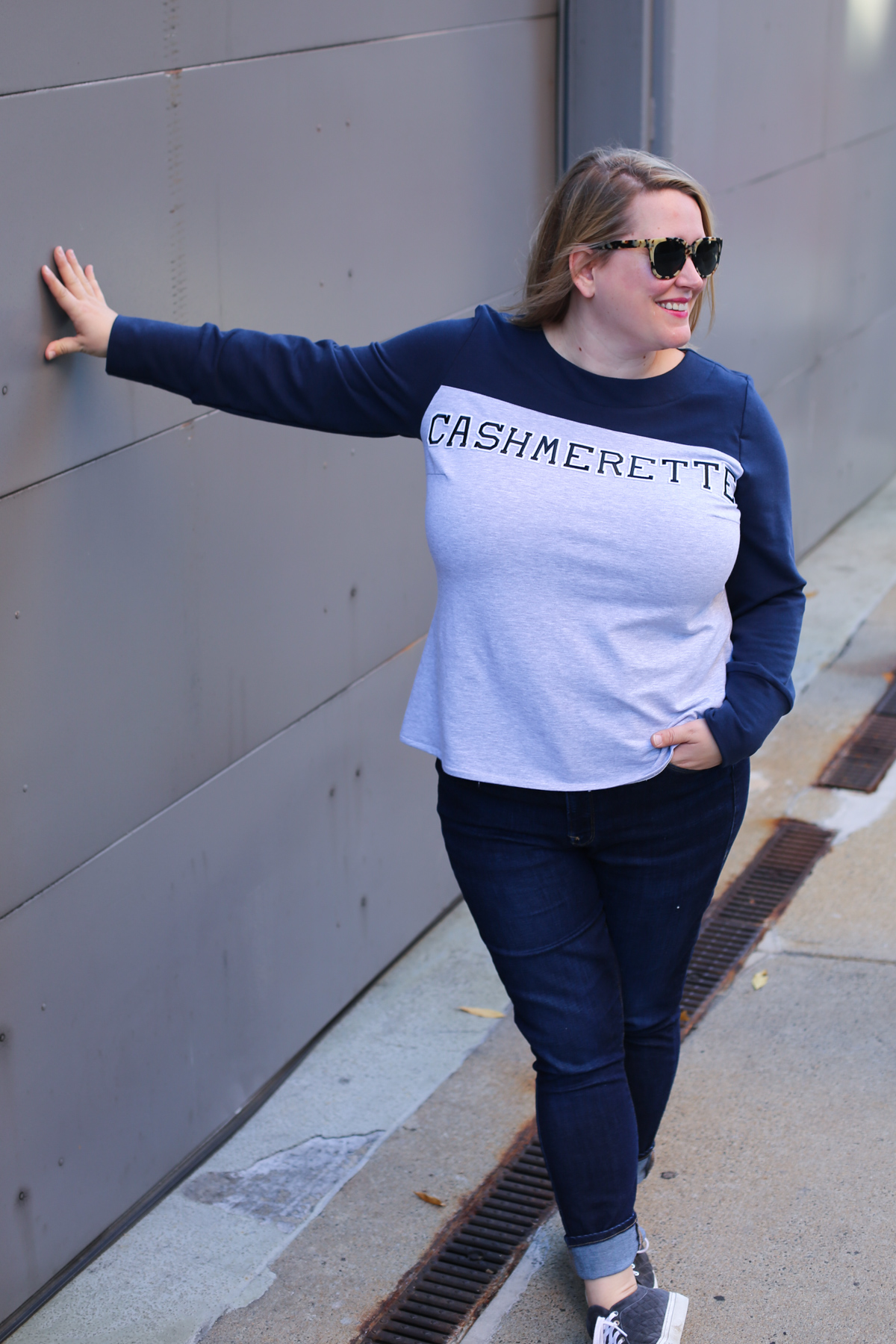 and show my superhuman strength pushing over this sign. 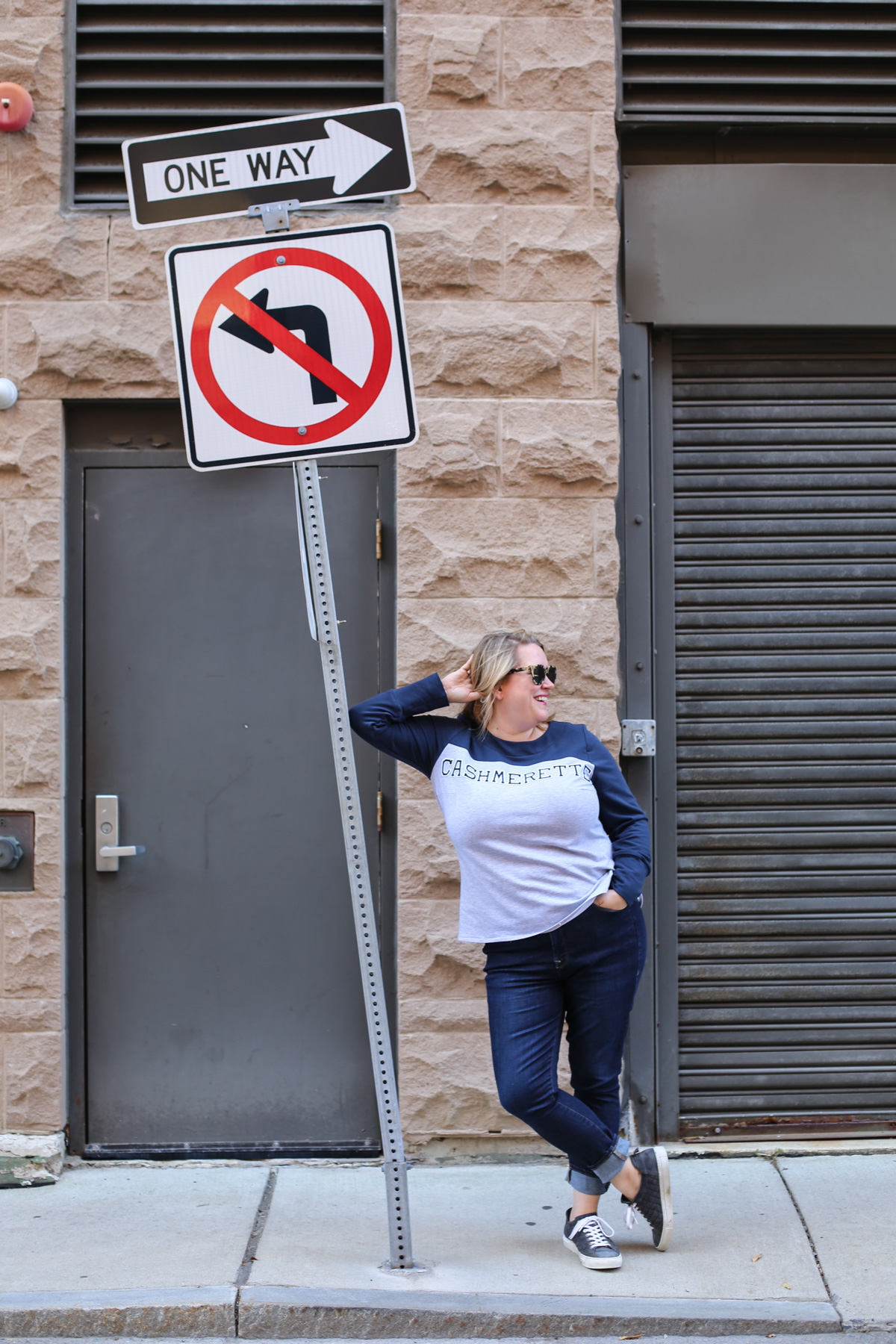 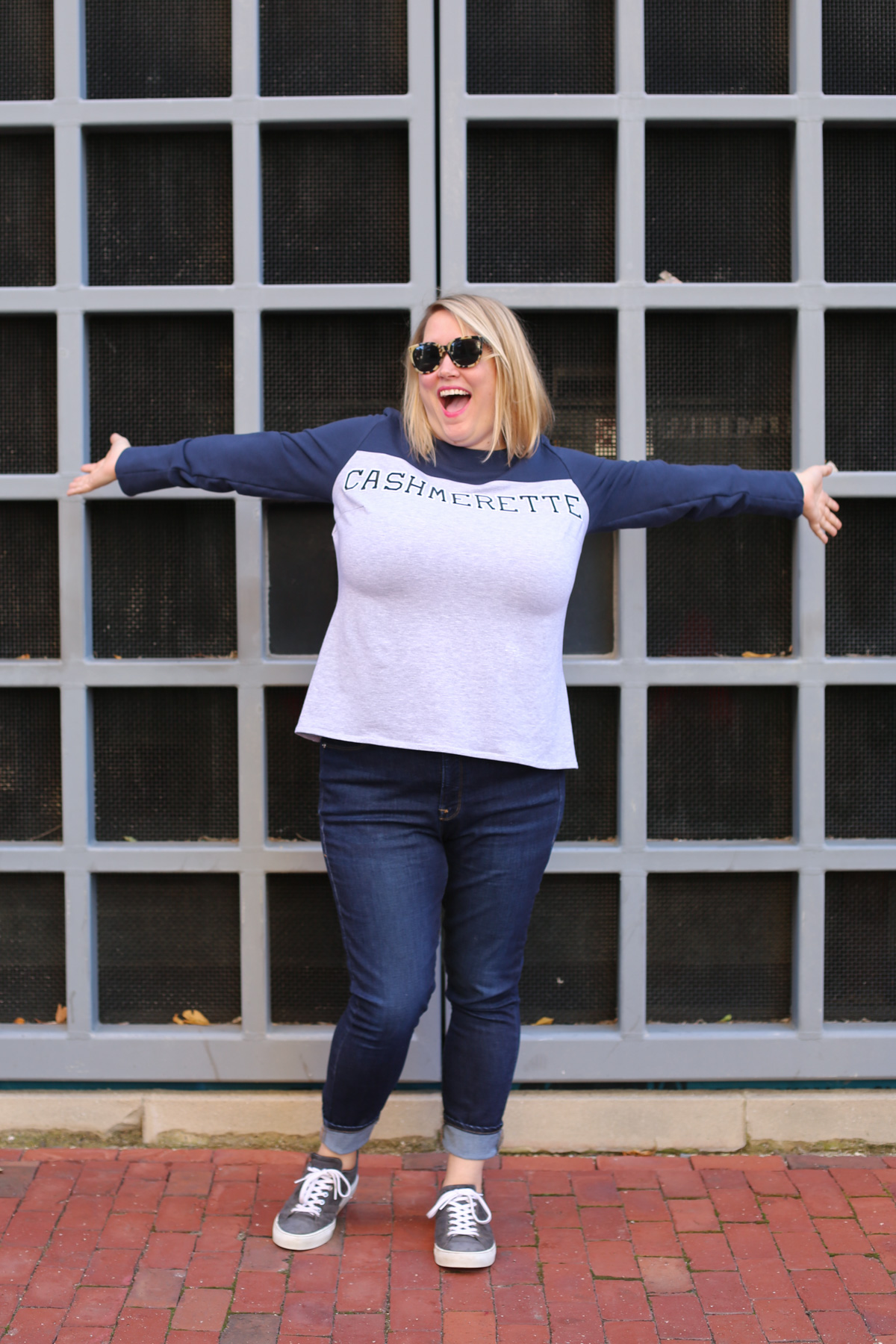