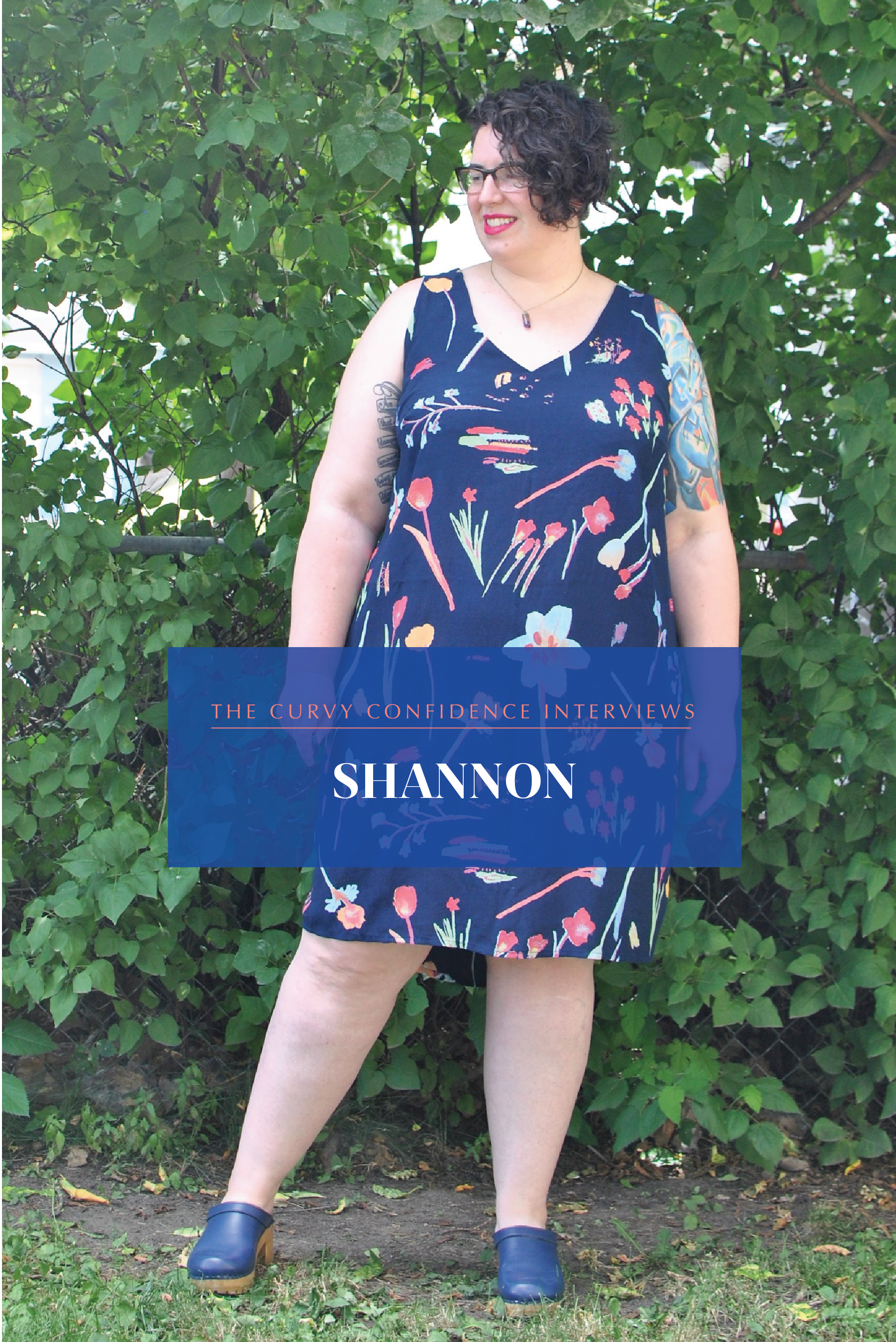 I’m thrilled to introduce the next interviewee in the Curvy Confidence Interview series: Shannon of A Rare Device. I’ve long admired Shannon’s self-described “femme dandy” look, and totally swooned over her recent amazing project to match her outfits to the art history periods she was teaching. Grab a cup of tea, settle in, and enjoy.

Ideas about body image often begin when we’re really young. What was yours like as a child and teenager?

As a kid, I had a really determined – and somewhat fanciful – fashion sense, and cared a lot about the clothes I wore. I didn’t really worry that much about my body underneath them until I hit puberty hard at around 10-11 years old. I shot up fast and felt taller, bigger, bustier, and just more obvious than my peers. For a couple of years I traded in the loud, exuberant clothes I loved as a kid for oversized shirts and men’s jeans – things to make me feel unobtrusive. 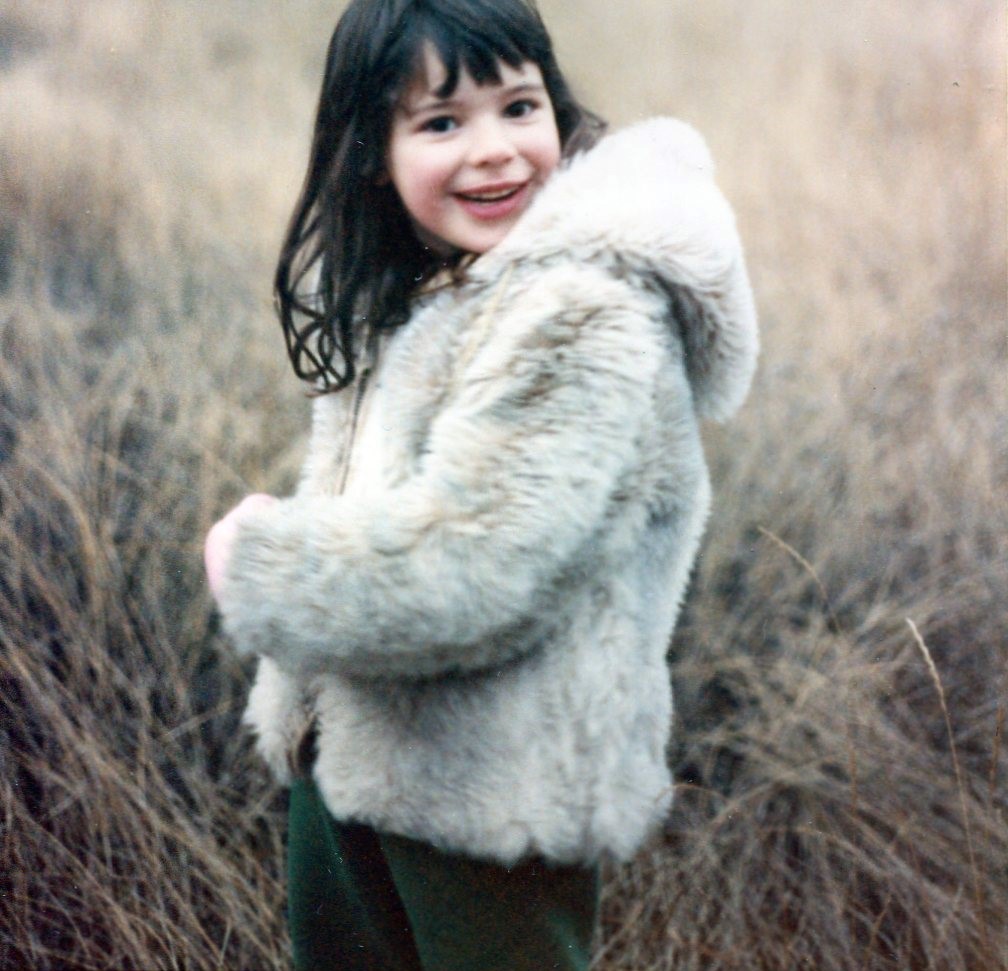 Me at about 4, rocking a classically chic combination of a faux fur coat and sweatpants

Sometime when I hit high school I realized that I could use the things I wear to direct people’s attention, not just deflect it, and my interest in the things I put on my body returned. I was – and still am – an “in between” fat, and I felt overly aware of the parts of my body that felt “really” fat, like my big calves and knees. Really, though, it’s hard to disentangle my sense of my body in that period from all the other ways I felt out of place: starting to figure out I was queer without any real models for what that could look like, feeling very alienated from the close ties to Christianity most of my peers in my community had, and being brainy and nerdy in just about all the ways you can be. I dealt with it by tightly controlling what I wore – now, looking at what I wore between 15-17, I realize I avoided a lot of trends for people my age and dressed older because I felt uncomfortable within my broader peer group. 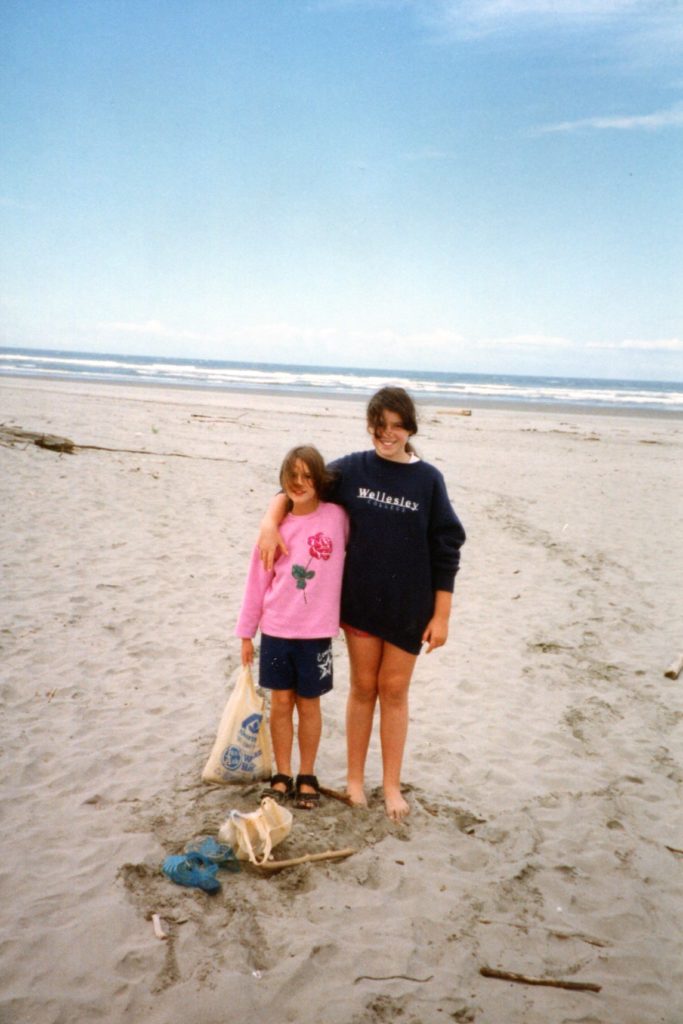 Me (11) and my little sister at the beach. I had stopped wearing bikinis a few years before this, and was in a regular wardrobe of sweatshirts three sizes too big.

Who or what most influenced your perception of what bodies are “meant” to look like?

My peers, mostly. Friends, sometimes, but more often it was casual comments during PE class or lunch from fellow students that told me that I was “supposed” to shave my legs, or be embarrassed about clothes being too tight, or know how to talk about how much I hated my knees or whatever. Those types of comments made much more of an impact than what I saw on TV or in magazines. 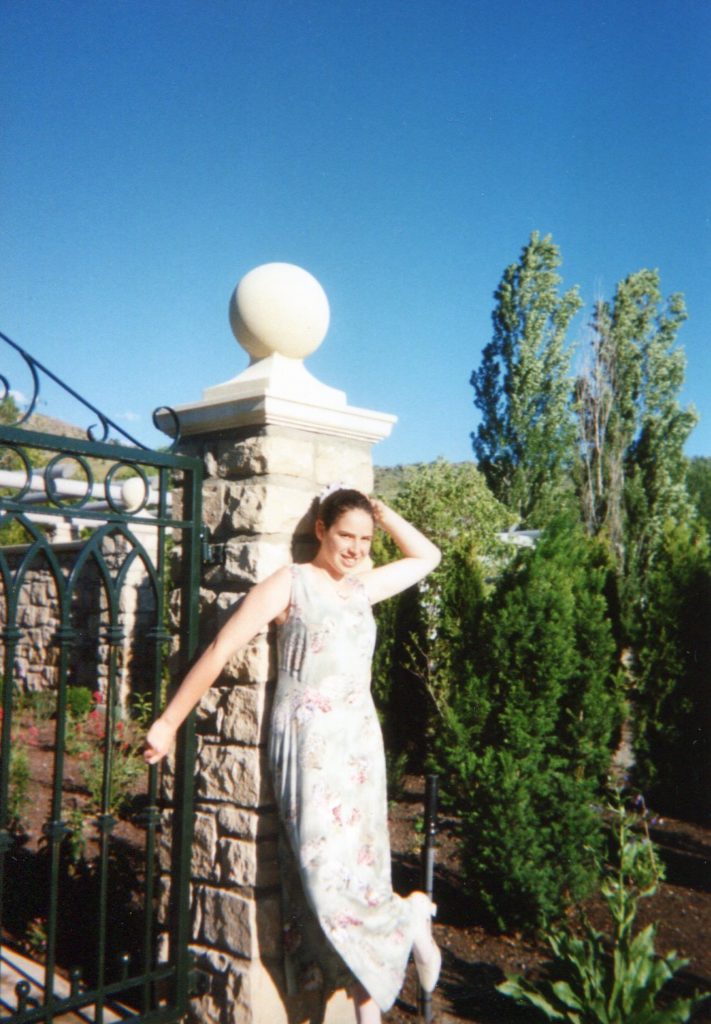 Around age 12, fancy occasions were one of the only places I still felt happy wearing pretty things. And apparently I could never resist a dramatic pose. 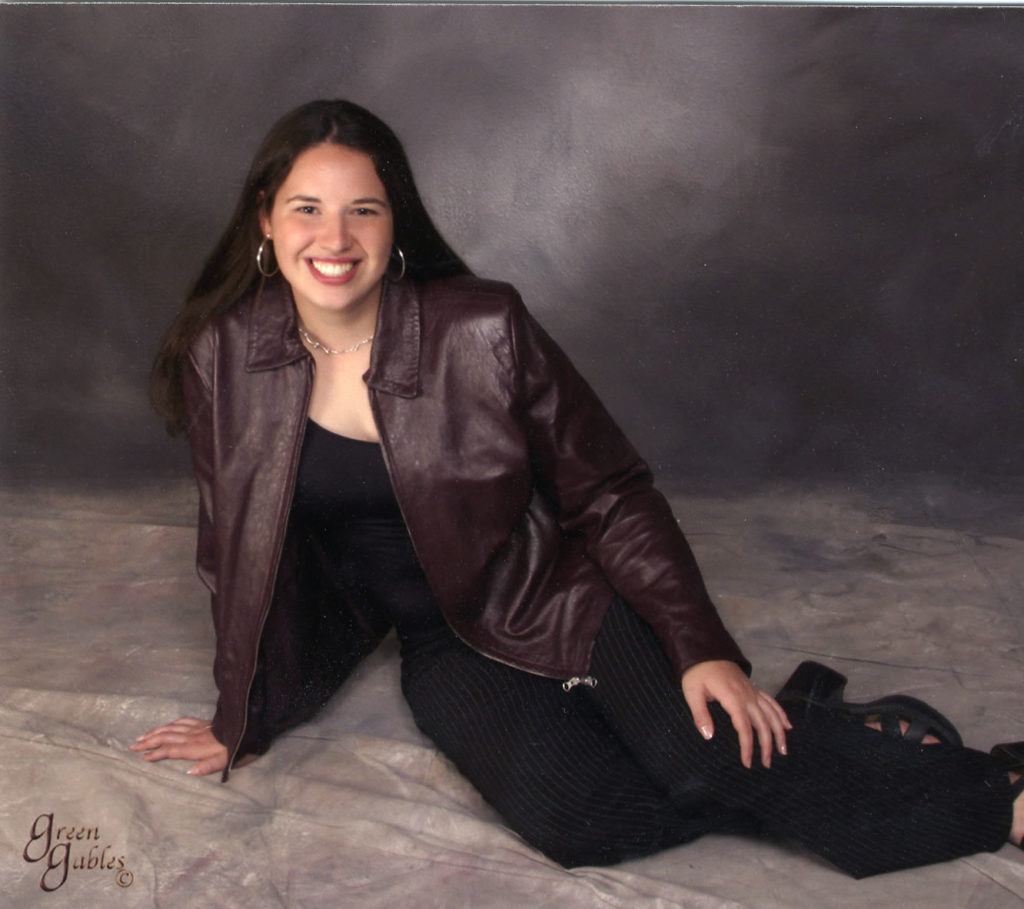 As a teenager, dressing in a way I considered more mature was my way of dealing with not feeling like I belonged

The journey to body positivity is different for everyone: did you have a “eureka!” moment that changed your self-perception, or was a it a more gradual process?

It was a gradual process, but I can definitely pin-point a couple of major life choices that contributed: 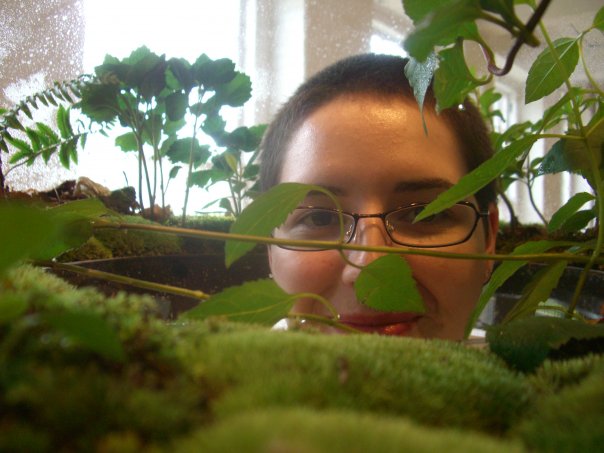 21, shorn hair and round face (hiding in some art)

What role has sewing played in your self-image?

It’s helped immensely, in terms of knowing the contours of my body and treating them not as flaws but as achievable three-dimensional shapes! More importantly, though, sewing continually helps me achieve a particular presentation of myself that’s as much about my fatness as my queerness and my relationship with gender. I call my style “femme dandy,” for both its connotations of gender androgyny and its connection to historical modes of queer self-fashioning, and sewing allows me to tap into both of those in a big way. 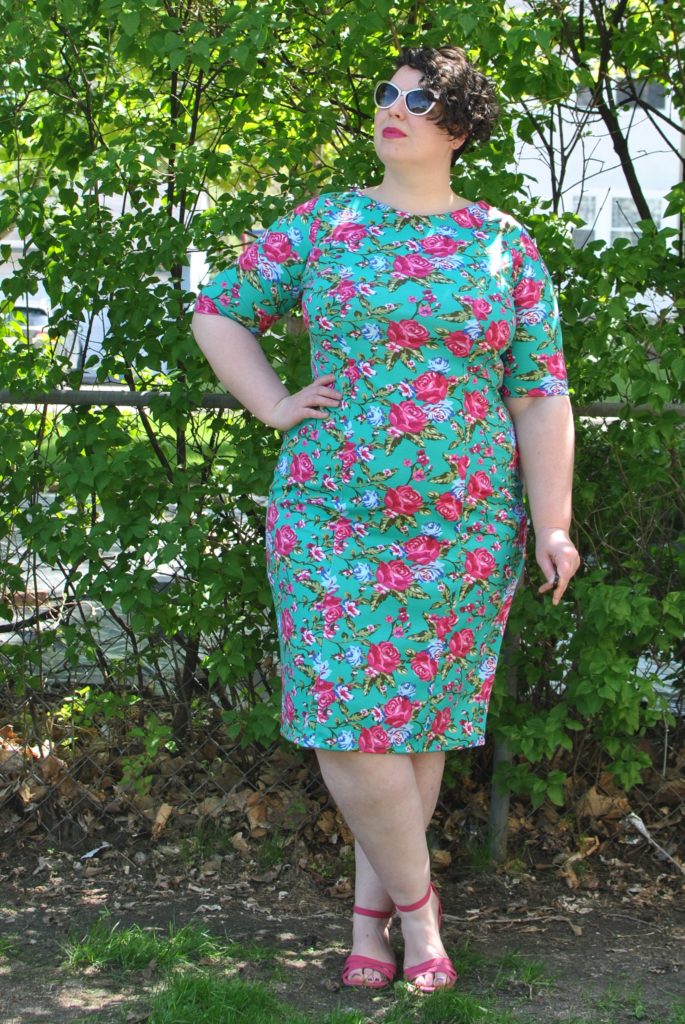 What do you find are the biggest challenges to your body confidence today, and how do you overcome them?

There are days when I struggle not with my body itself, but with the way it’s coded so abundantly feminine in our society, which makes it difficult for me to achieve the androgynous presentation that I really yearn for sometimes. Finding clothes that fit both my body and my gender expression for those times I’m feeling more androgynous than femme is next to impossible, so I’d like to explore that in my sewing as I improve my pattern-making and tailoring skills. 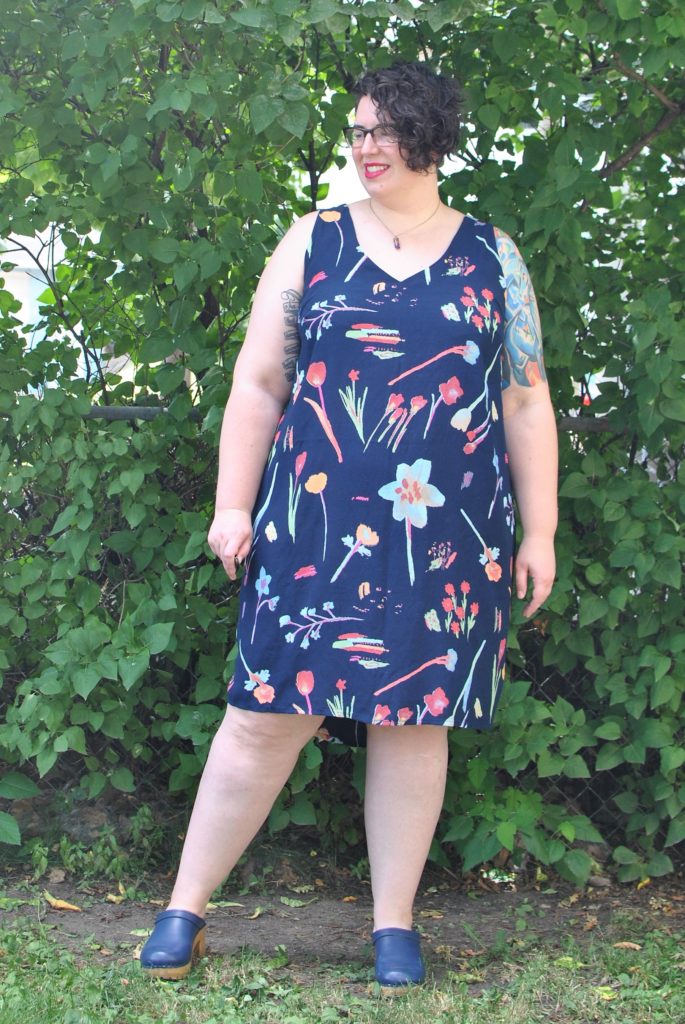 How do you think issues around body positivity affect women’s broader role in society?

There are probably whole dissertations to be written here! One small area I would like us to keep talking about under the greater umbrella of body positivity and fat activism is uncoupling self-worth from femininity, beauty, and attractiveness. It is good for women to find themselves beautiful at all sizes, but I would also like to see us talk more about taking pleasure in our own bodies not because they’re desirable to others, but because we enjoy living in them, and about not needing to be beautiful at all. 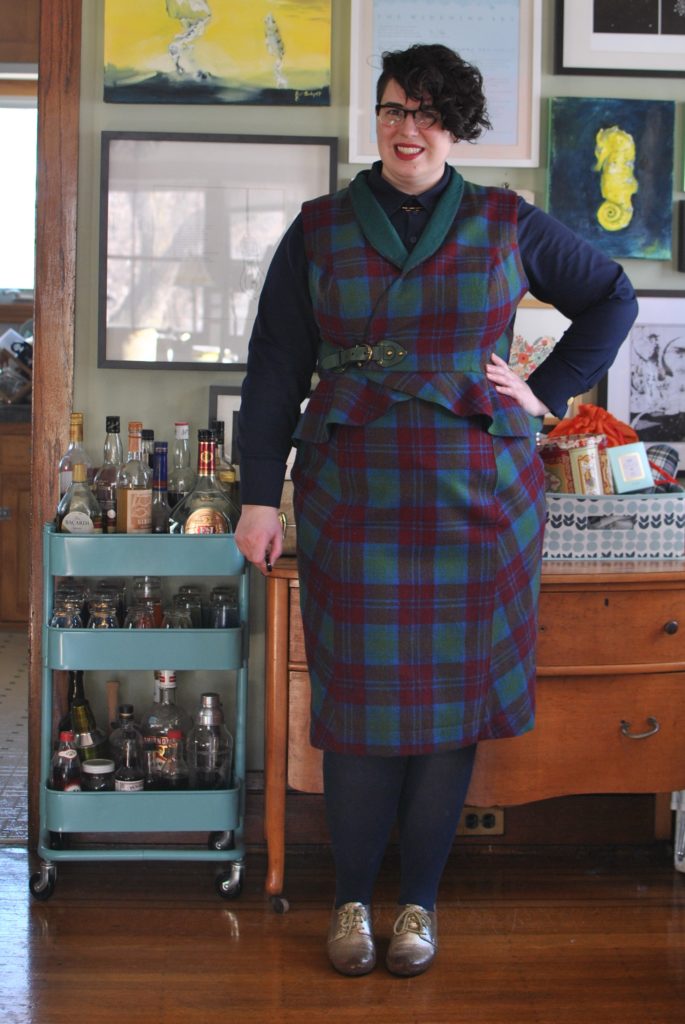 There’s so much pressure on fat women particularly to achieve standards of feminine beauty, and I would love to see more space for androgyny, for handsomeness, for plainness, for ways of relating to our own bodies that are not about beauty and/or that allow for wider ranges of gender expression. 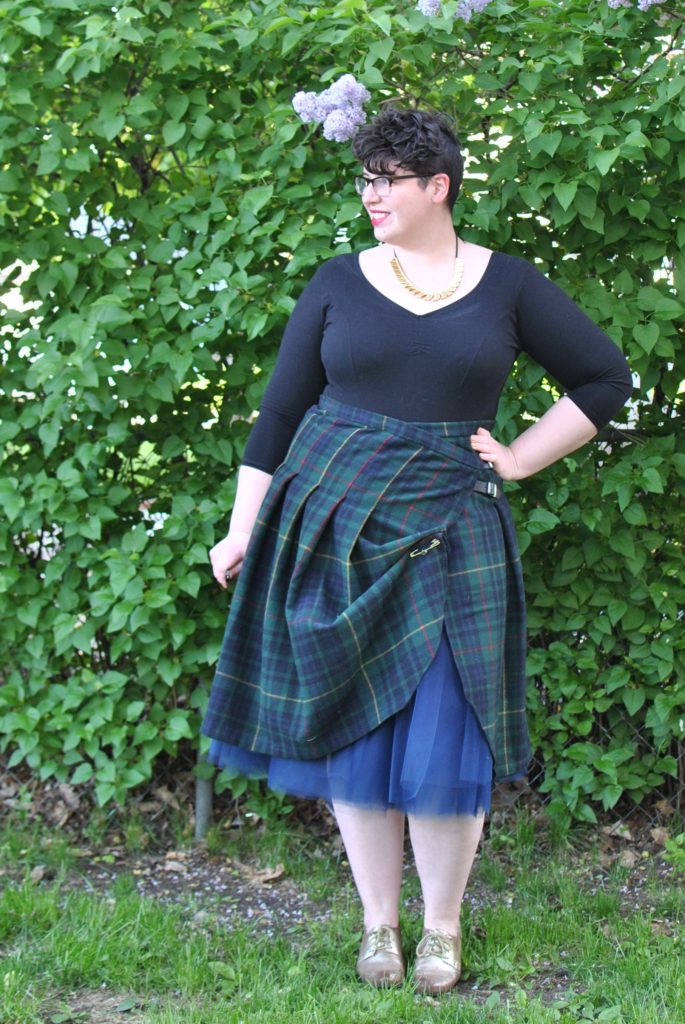 What advice would you have for other people who would like to find a peace with their body and self-image, but are struggling?

Try to diversify the images you see of other people on a daily basis, and actively seek out social media and popular media content that allows you to see a greater range of bodies and expressions than those that are over-represented on popular media. This can be actively seeking out body positive content, but can also mean people whose bodies are different from yours in lots of ways, people whose taste in fashion is really different than yours, people who talk eloquently about their lives and experiences in ways that are like and unlike your own.

When I was first figuring out body positivity, online communities like the livejournal fatshionista community opened my eyes up to so many interesting people and ways of understanding my body and representations of fatness in general, and now, I find the same by populating my Instagram feed with people who are out there living their lives and being awesome – not professional models so much as just folks who are imaginative, passionate, and engaged. 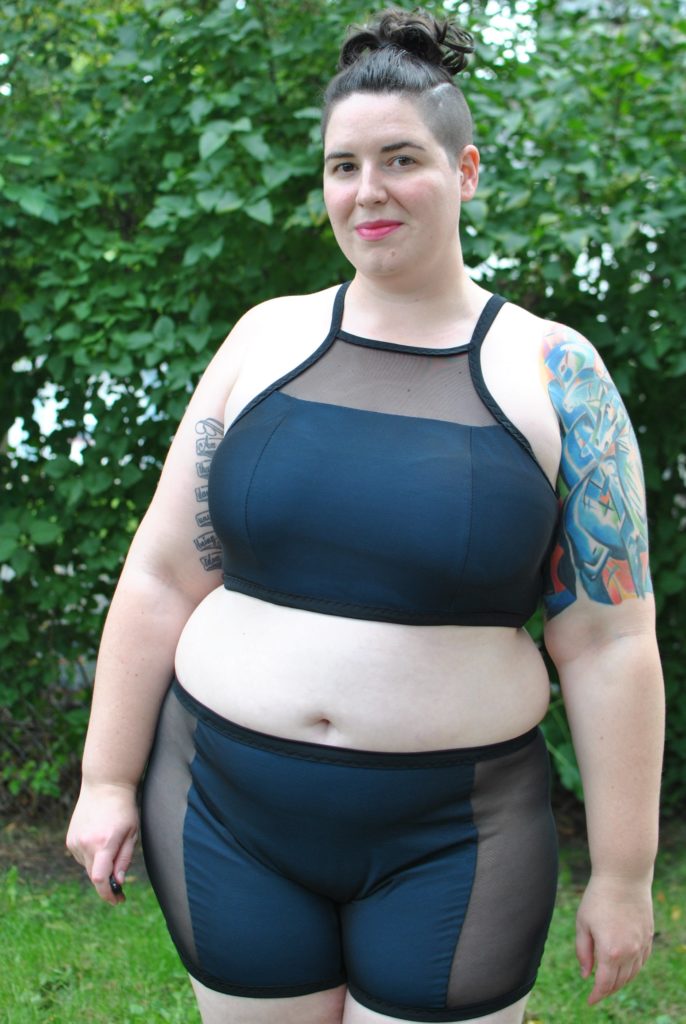 11 thoughts on “The Curvy Confidence Interviews: Shannon of A Rare Device”

Sign up for our newsletter and you’ll receive exclusive offers, curvy sewing news, and 10% off your next purchase.
END_OF_DOCUMENT_TOKEN_TO_BE_REPLACED