Welcome back to part two of making my own sandals! (need to catch up? Part 1 is here).

So, once all the pieces were cut and dyed, it was on to construction, and losing whatever was left of my fingertips after all that skiving (it’s seriously hard work, people!).

As I am soft and tender of feet, I decided to add a bit of padding which was as simple as cutting down a foam insole, and worked really well. 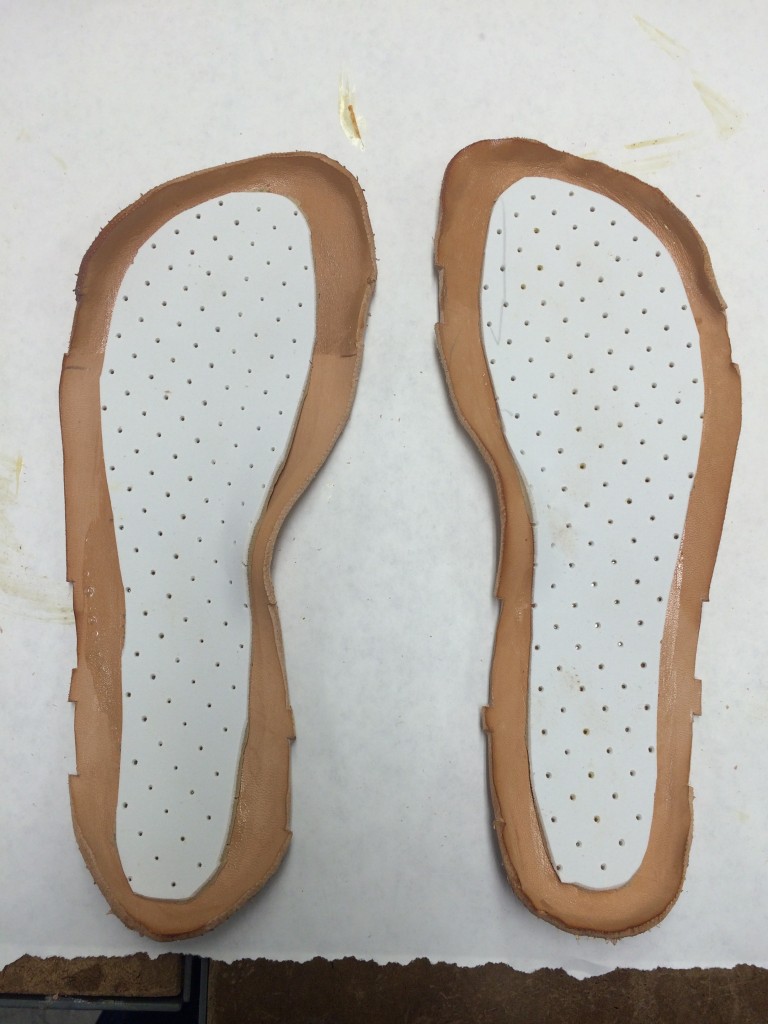 A vat load of toxic glue was used to wrap the gold toe-bit around the toe of the sole area – it’s super difficult to make it smooth and wrinkle-free (lots of prodding with an awl and sore fingers), and clearly I could improve those skills… But hey, not bad for my first pair! I also wrapped the edge of the sole in gold leather too, and then had to gouge out little bits where the straps wrapped around underneath.

We used masking tape to make patterns for each step, which was really effective. For the step below, I was making a pattern for the insole…. 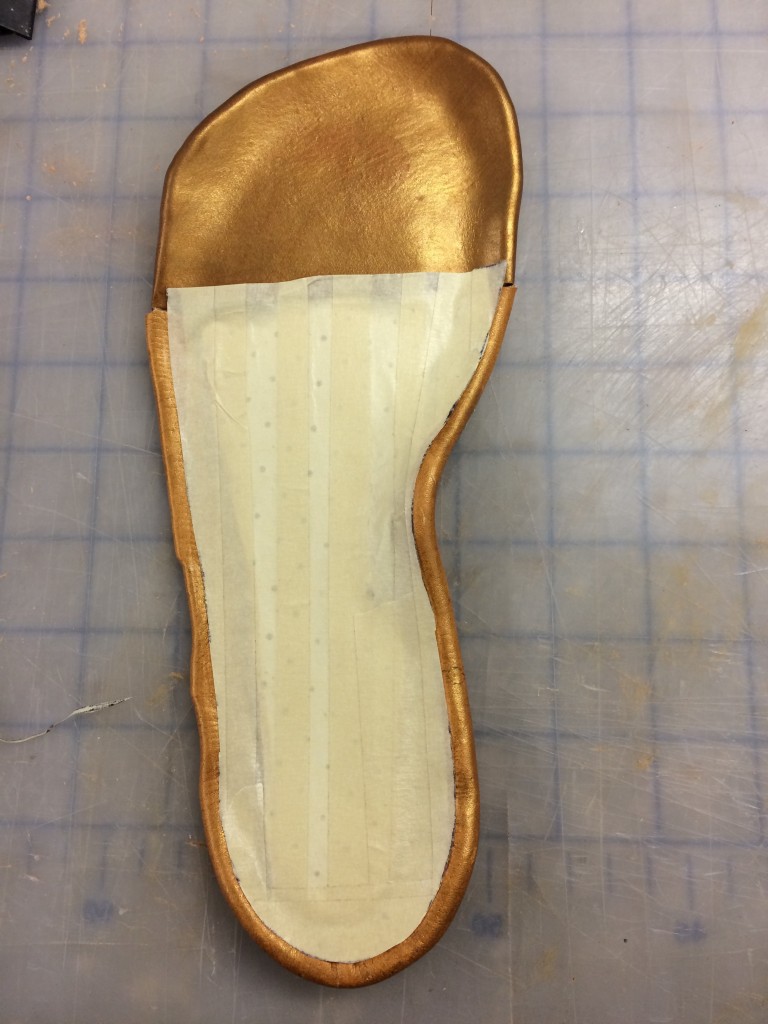 … which we see here! 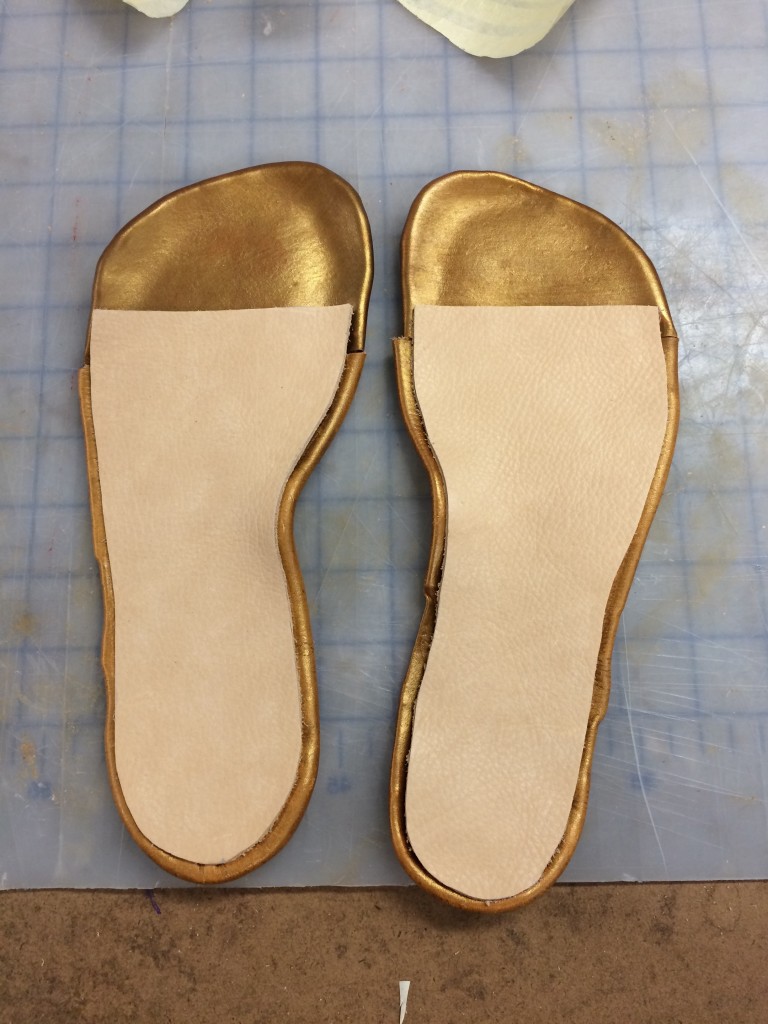 Back to the straps, I decided that I wanted a smooth look with no stitching, so I basically created leather bias tape. Easier said than done! It involved skiving the leather down until it was very thin, then glueing, folding it over, and hammering with a soft mallet. I loved the final look, and luckily had more dye on hand to patch up all the mallet dings. 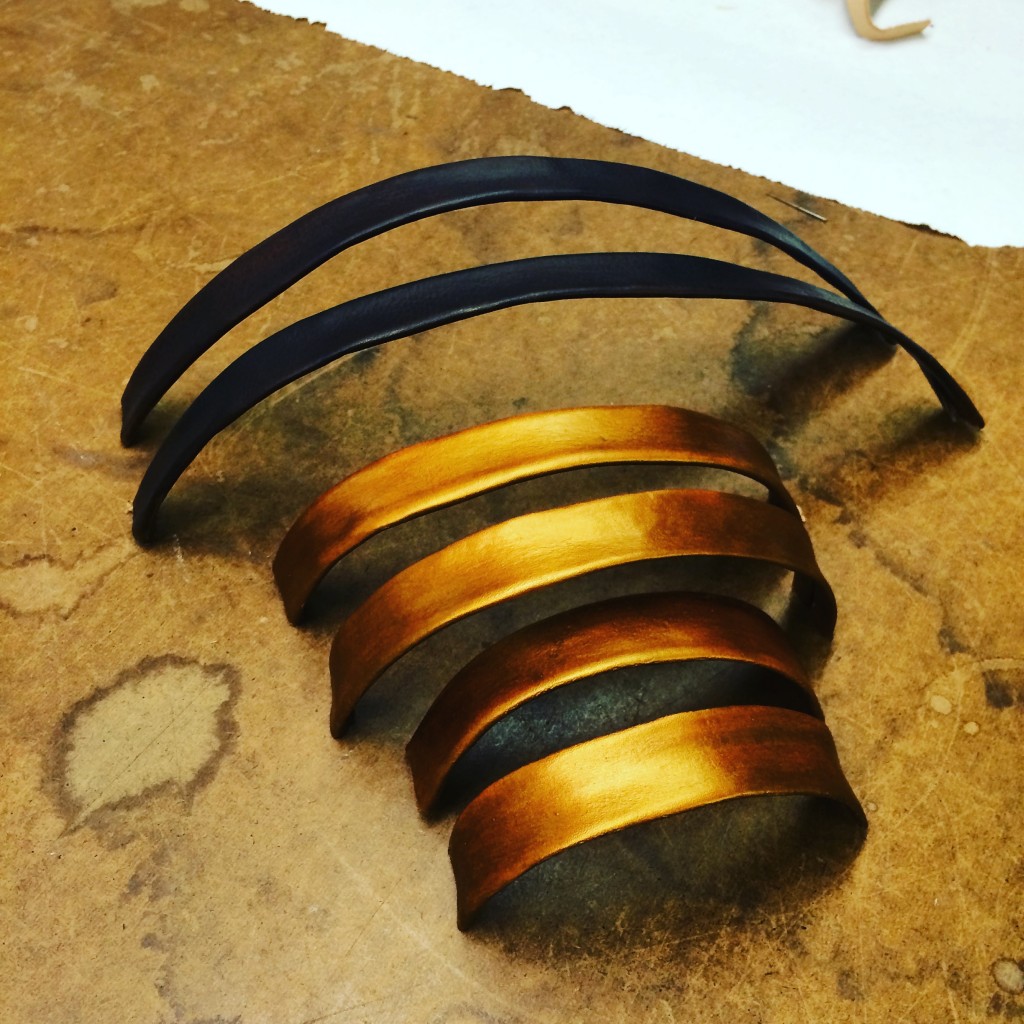 When I went to put the buckles on the straps I realised that I’d made a bit of a measurement error.. but managed to work around it by cutting a bit off each side of the strap towards the end, and I think it isn’t too noticeable. 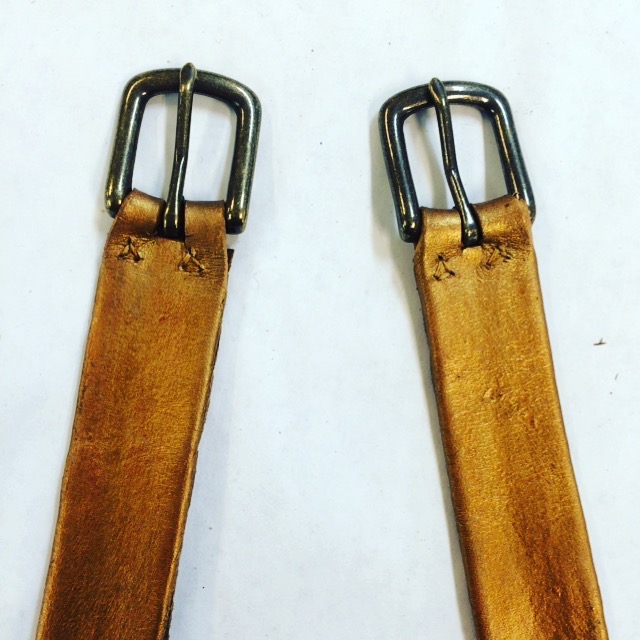 First strap to go on was the vamp strap over the toe: 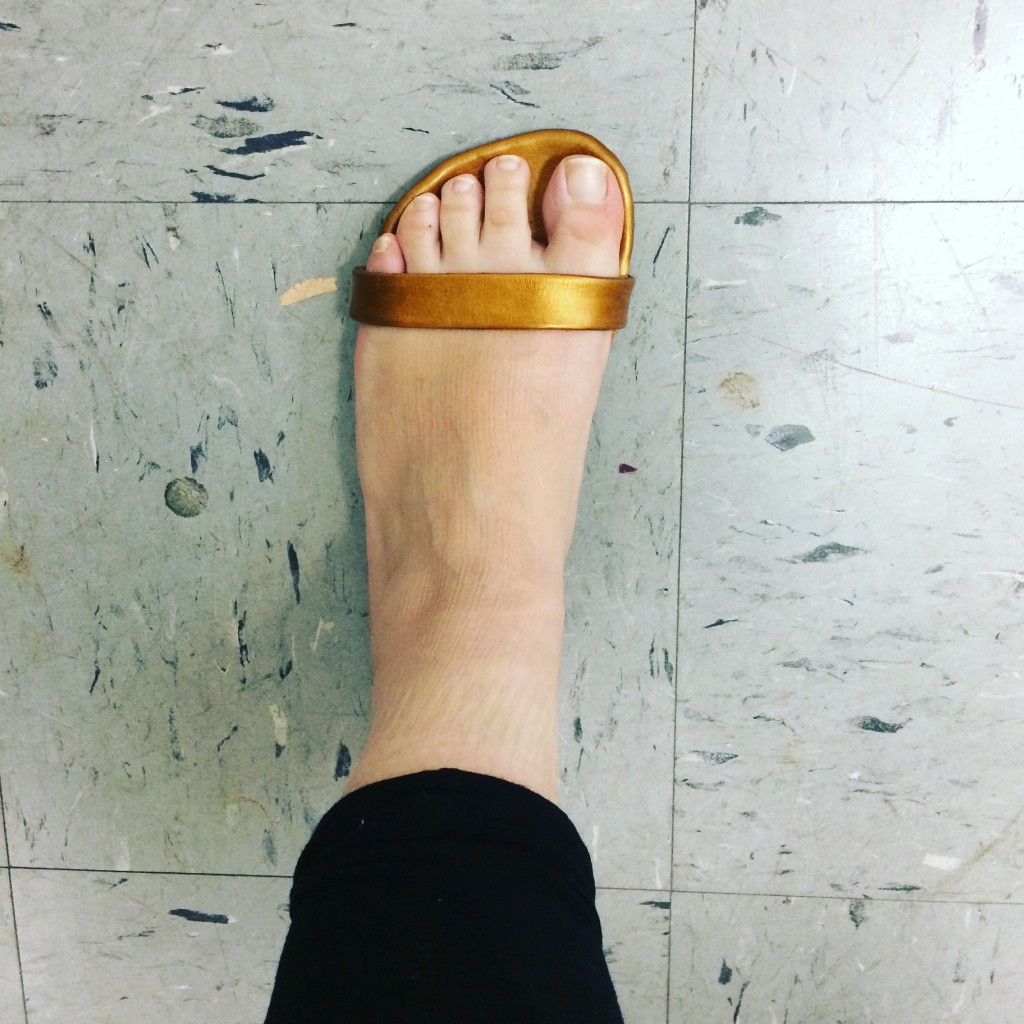 And then the ankle ones went on! 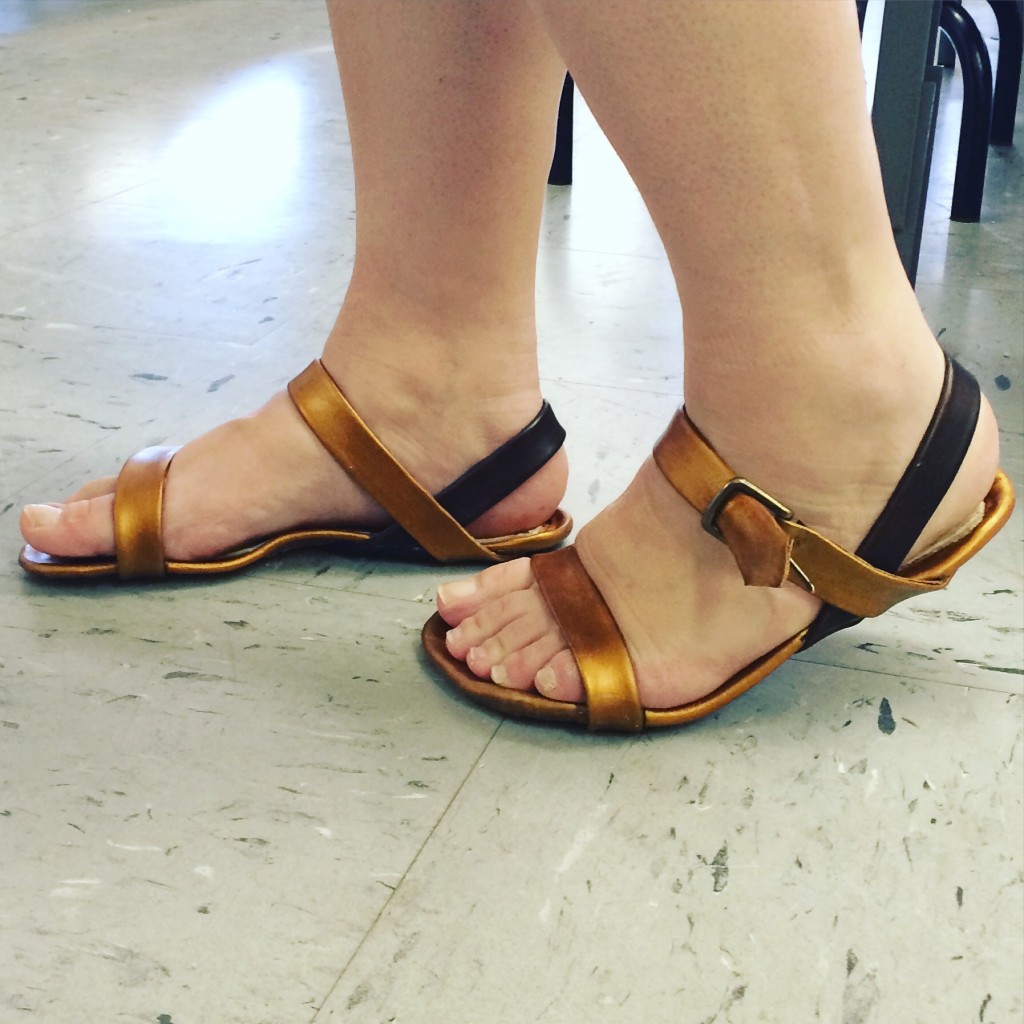 Next up, shanks went on the back of the heel to stiffen the sandals – these were actual fiberglass which we cut off a roll, heated up, and left to set so they go super hard. Then, tons more skiving and insets of leather to make the bottom of the sandals flat. 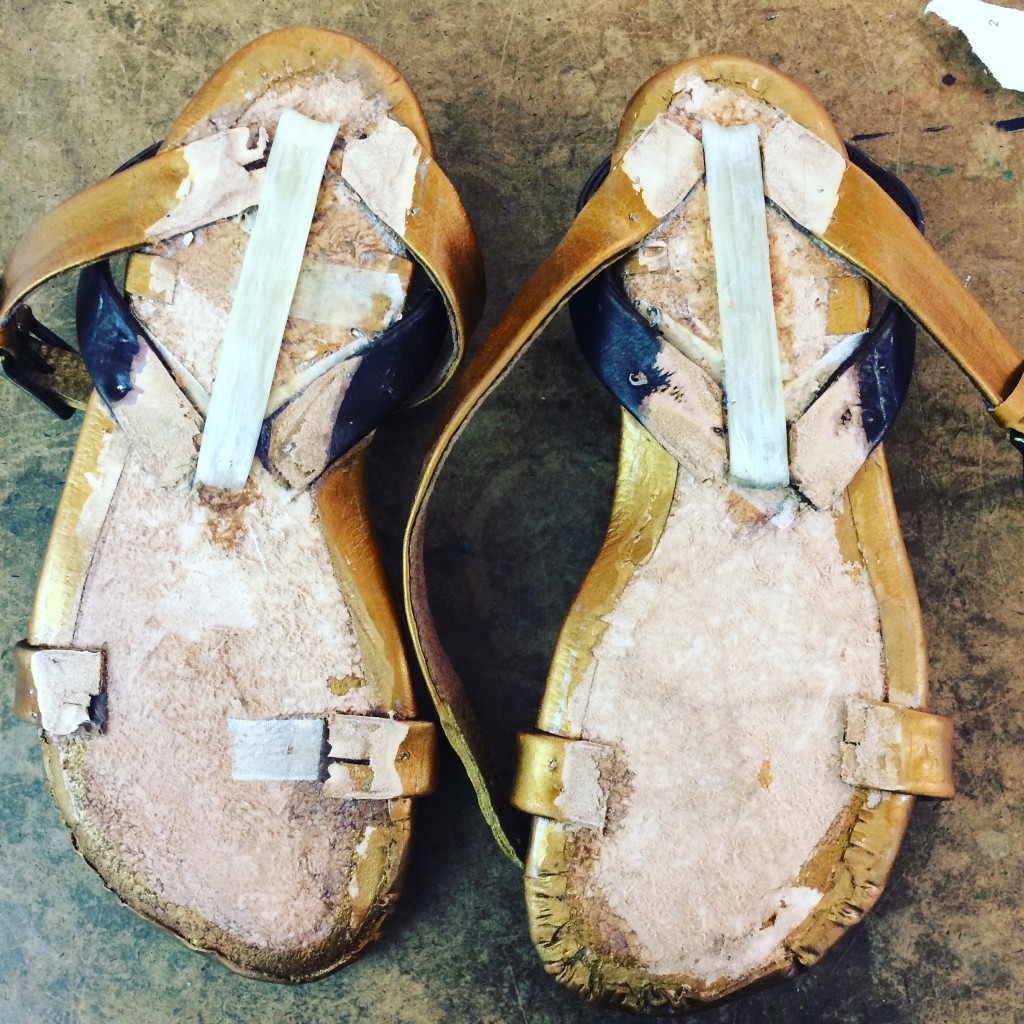 Then, on with the final soles! To make the edges nice, we used sandpaper, and then a piece of paper and water, which surprisingly polished them up into a lovely gloss. I nailed down all the straps with little tacks, and glued the insoles in; then, cut a little flat heel out of very hard plastic, and glued and nailed that on.

Oh, and then there was tassel making! I used a bit of purple suede and made little gold leather rings to hold them on. 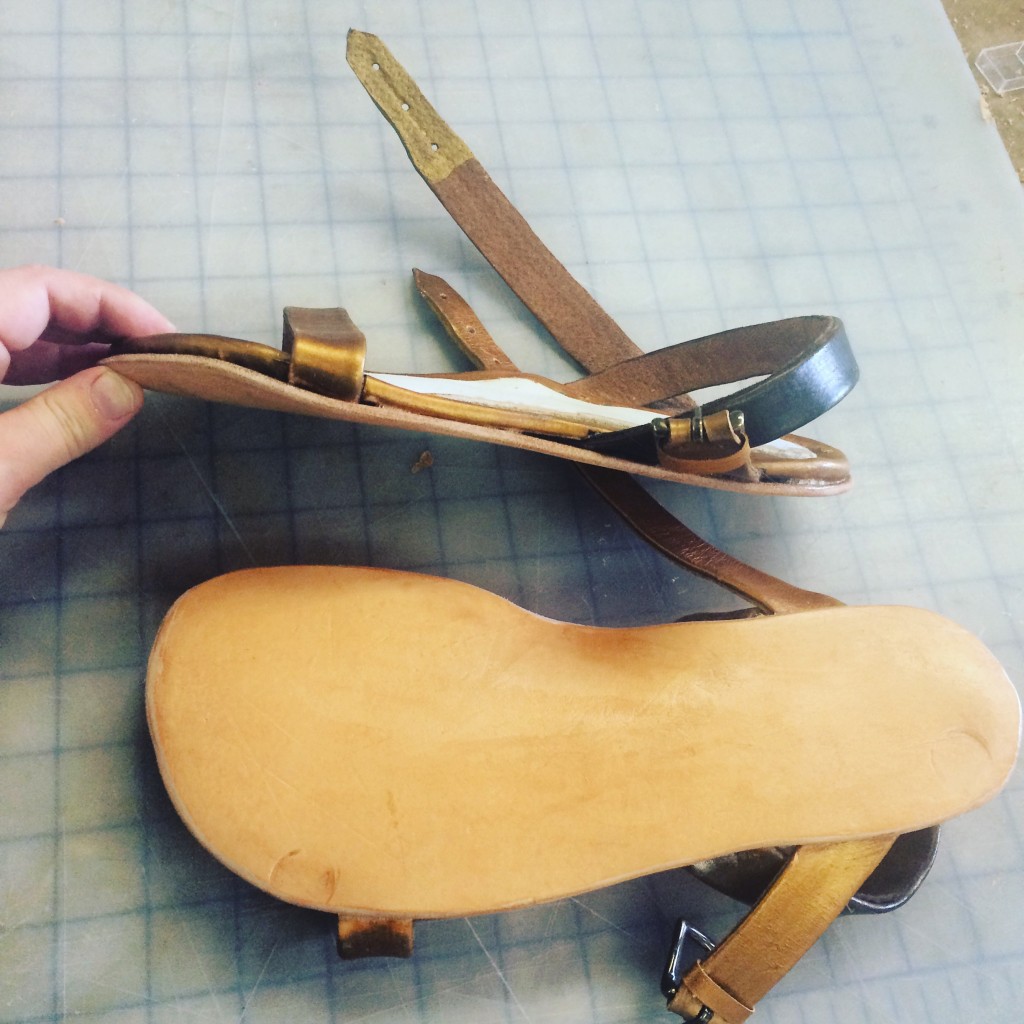 Et voila! My entirely hand-made sandals! Honestly, they came out much better than I expected, and while I learned a *lot* which I’m sure would mean I’d do much better next time, these are surprisingly wearable for a first go. 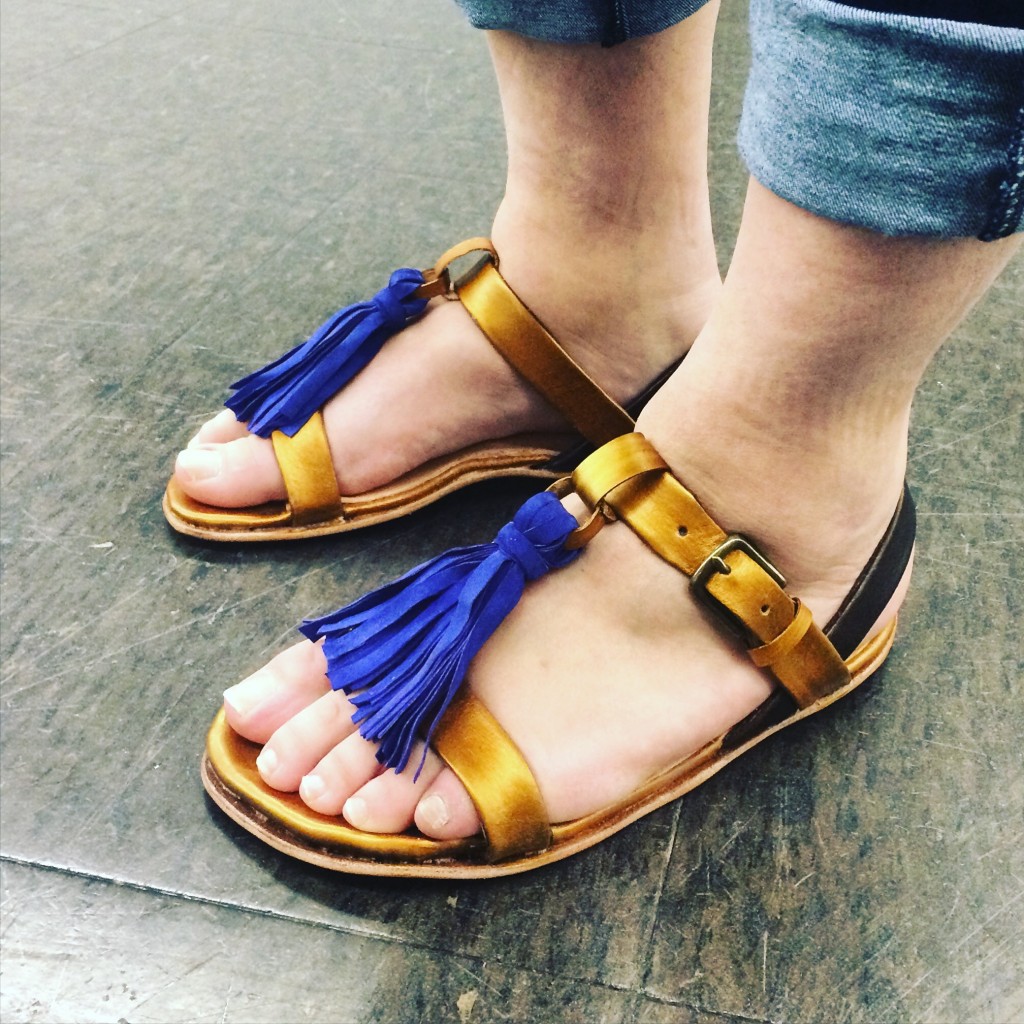 They even look quite a bit like my original sketch: 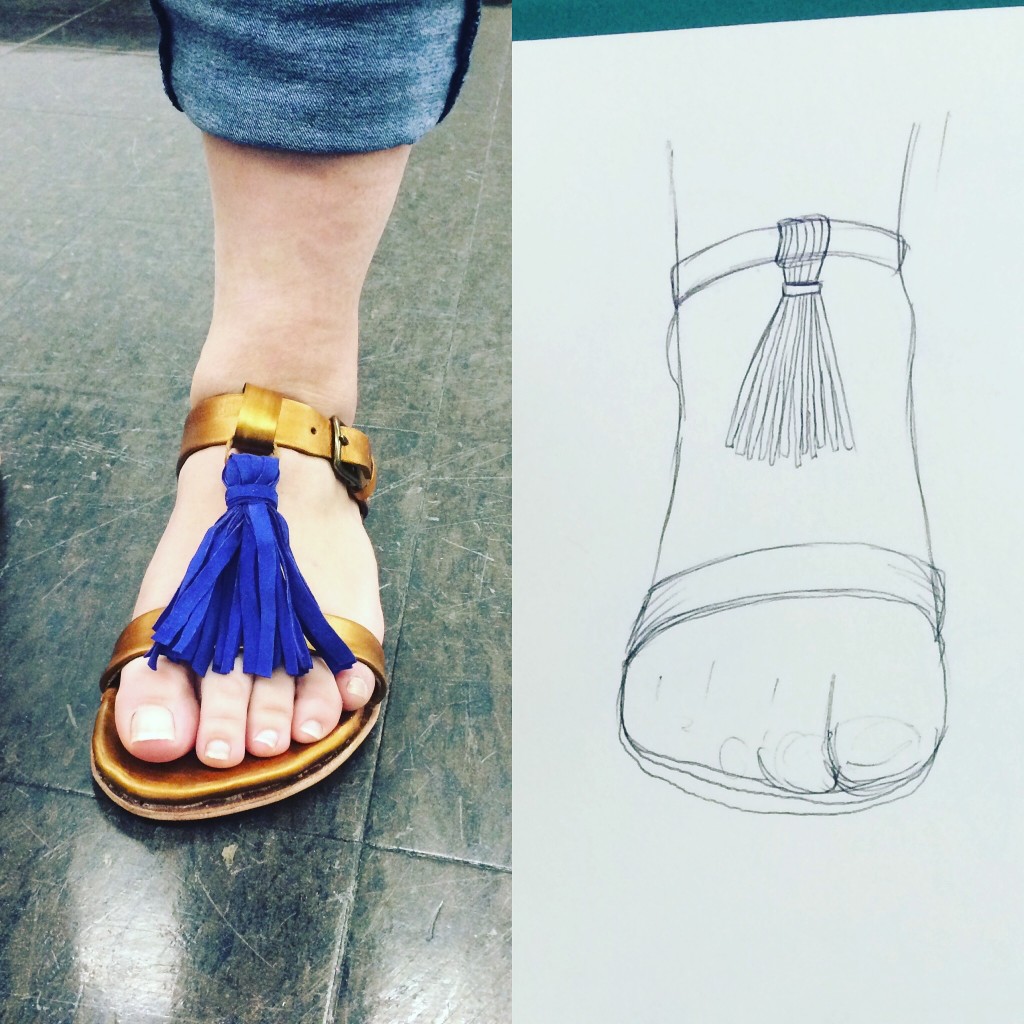 I left my sandal-making week totally exhausted but happy at having learned a new skill. Throughout the class, I was constantly comparing shoe-making with sewing, and here’s where I netted out:

Ways in which making shoes is  like sewing clothes:

And… ways it’s not

I’m looking forward to wearing my sandals this summer! And when people ask me where I got them, enjoying the bemused look on their faces when I say I made them. What other crafty hobbies do you think are great for sewists? I’m really keen to expand my skills and see if there are other things I can find that I’ll love as much as sewing!

Sign up for our newsletter and you’ll receive exclusive offers, curvy sewing news, and 10% off your next purchase.
END_OF_DOCUMENT_TOKEN_TO_BE_REPLACED