Never one to be told what to wear when, I made some white jeans, just in time for Labor Day (non-Americans: you’re not meant to wear white trousers after Sep 7th here!).

Ever since Heather launched the genius that is the Ginger Jeans pattern I’ve been pining after a white pair. I know they used to be naff… are they cool now? I have no idea. I do feel a little Liz Hurley when I wear them. But if it’s good enough for Hugh Grant’s main squeeze it’s good enough for me!* 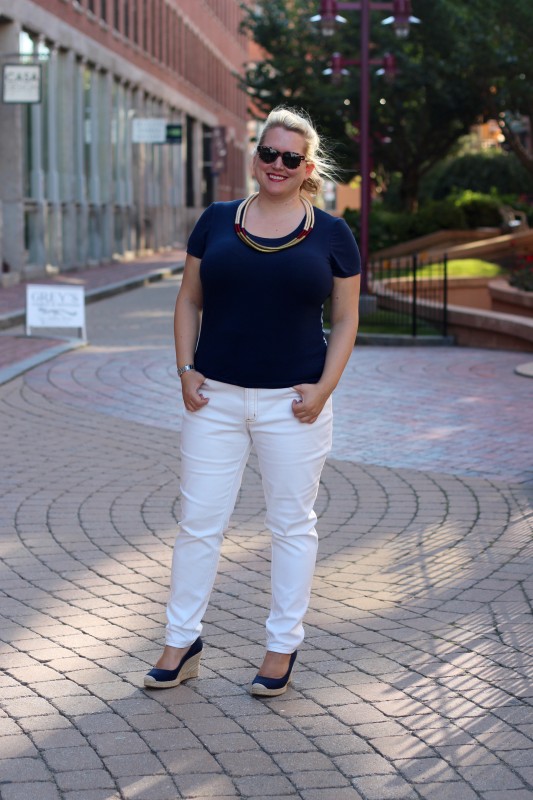 The main challenge was finding white denim: so much harder than you’d think! I’ve been stalking online stores for a solid year now, as well as popping in to the stores in NYC whenever I’m in town. No luck finding something the right weight with the right stretch. Eventually I stumbled across a listing from this seller on eBay and snapped some up.

The resulting jeans are… OK. Nowhere near as good as my triumphant first pair (still going strong!). They have less stretch than the other denim I’ve used, but peculiarly the jeans were coming up big and I kept on shaving more and more off the side seams to the extent I think they’re probably the size 16 now (I started with an 18). And yet I think they’re still a touch baggy for skinny jeans. I suspect that it’s the lack of recovery in the denim that’s doing this – I’m going to wash and dry them on hot and see if that snaps them back up! 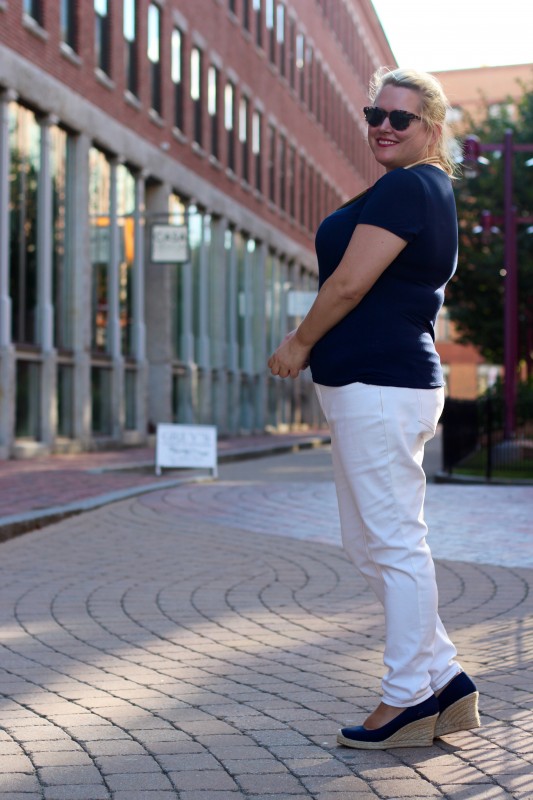 The bagginess is rather more obvious at the back… 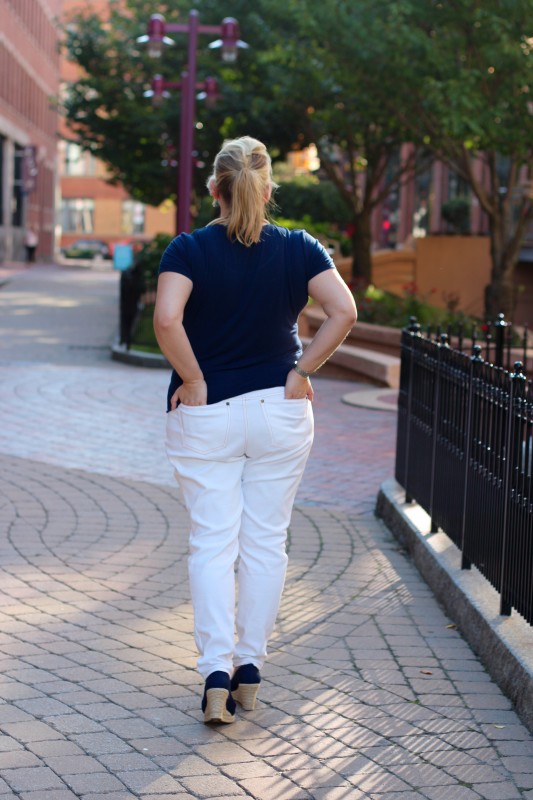 In fact, these were nearly the jeans that weren’t, because I managed to cut three back legs from my yardage, and once I discovered this I didn’t have enough left for a second front leg! Quelle desastre! Luckily I had an extra of the larger back leg, so I was able to cut a front out of it with all but a sliver of the fly.. which I then patched another bit of denim on to. As a result I have a rather jaunty angled seam at the fly, but hopefully no-one will be staring long enough to notice…! 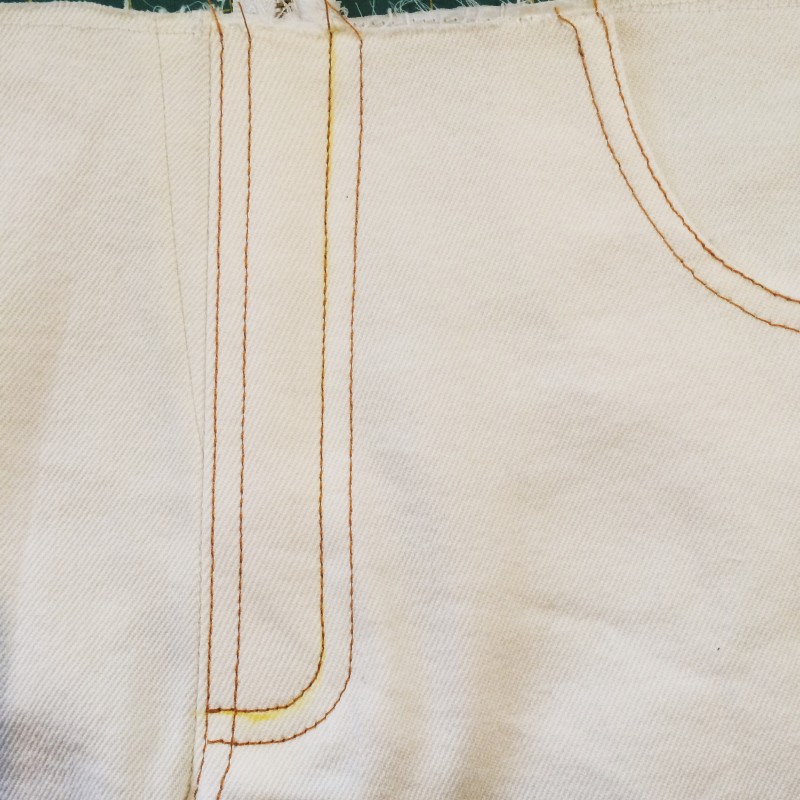 As a fun little touch, I made the waistband facing from this lovely London map print that I bought at Jones and Vandermeer. 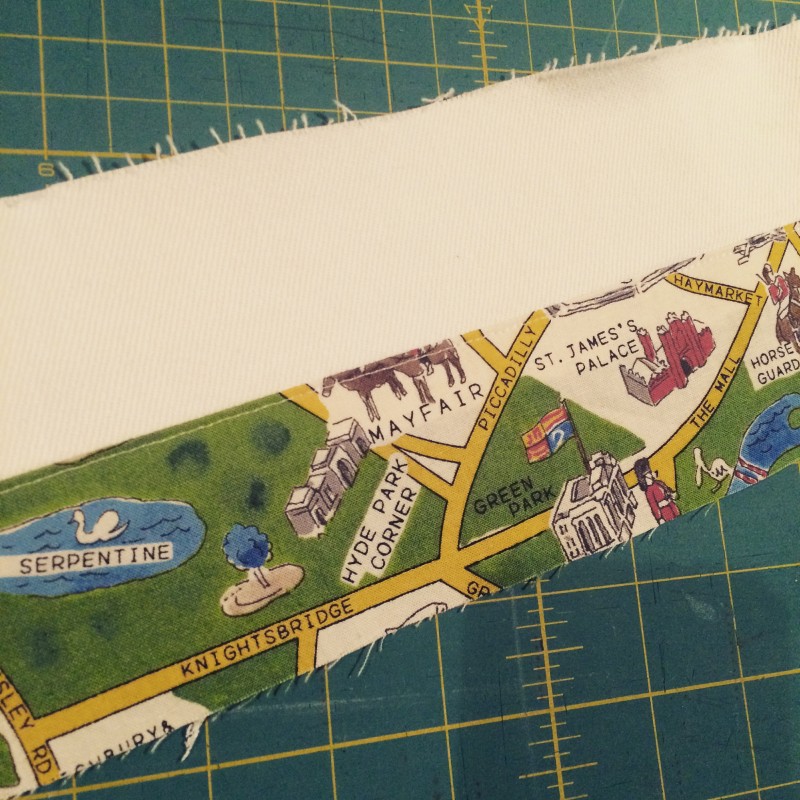 So another sewing goal achieved, yay! Now I’m starting to contemplate Autumn sewing… while still stubbornly going swimming at Walden Pond as often as possible. I’m definitely sad that summer is ending, but delighted to be back to tights + boots + coats, my favourite combo! Have you started sewing for Fall? What are your plans? I’m considering a trenchcoat… 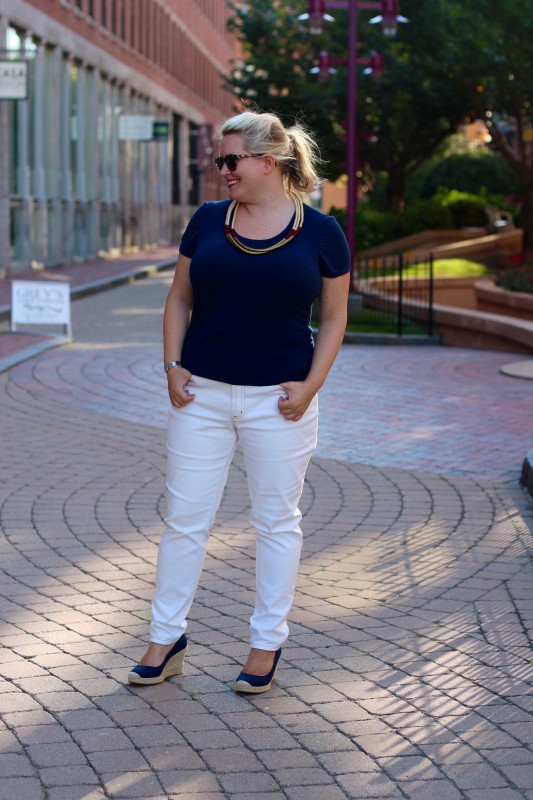 38 thoughts on “White Ginger Jeans in time for Labor Day”

Sign up for our newsletter and you’ll receive exclusive offers, curvy sewing news, and 10% off your next purchase.
END_OF_DOCUMENT_TOKEN_TO_BE_REPLACED