close
Traveling with my friend Biden is a hoot. No sooner had she turned up to join me on hols, but she declared that we were going to a horse race. I can’t say that’s something I’ve ever considered, but the prospect of a once-a-year Bajan event was too much to resist. The question, then, was how to dress for the “elegant” dress code (which was specified as “jacket and tie” because obviously the only people attending would be men /rant over).
The only thing to do? Wear some curtains! 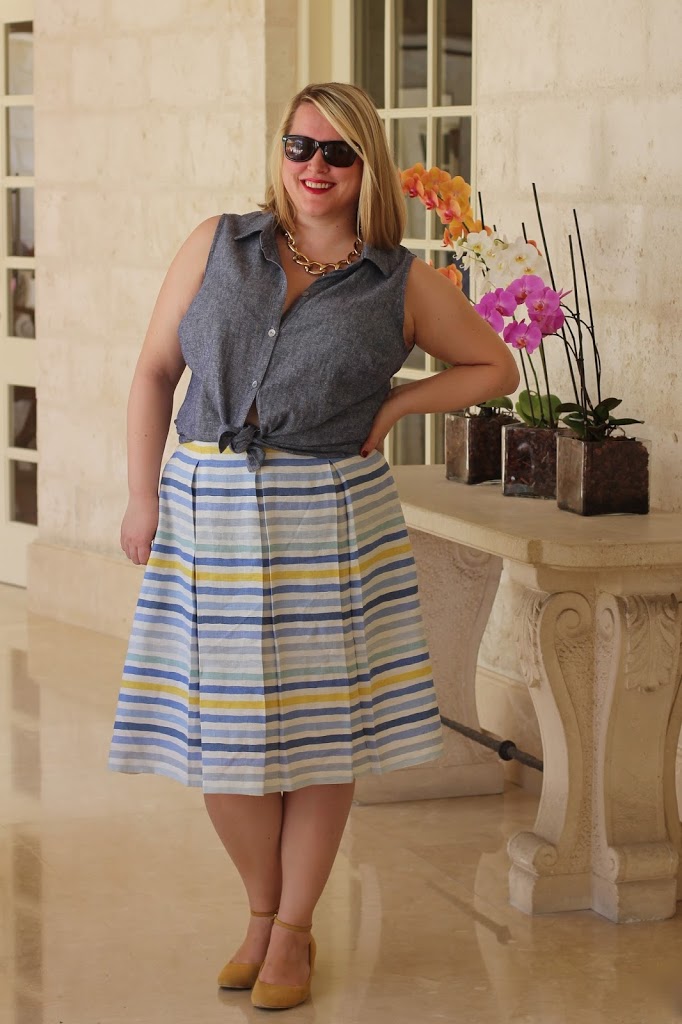 OK, OK, they’re not *exactly* curtains. But this skirt was indeed bought from my favourite upholstery-come-garment fabric store, Zimman‘s of Lynn. I popped in recently with my friend to help her buy fabric for headboards and oops! I ended up with three lengths of almost-garment-quality fabric for myself.

This here is a fairly hefty but loosely woven curtain linen, with, let’s face it chickens, no drape at all. But how could I resist those stripes? So I decided to make like Maria and whip up a skirt. It’s very simple and “self-drafted” – inverted box pleats at the front and back, a side invisible zipper and a faced waistband. I went for a slightly-below-the-knee length which I’ve been favouring recently, though I’ve no idea if it’s actually on trend. The stripes ran cross grain, so across the grain it was cut, further exacerbating the drape issue. And in an effort to make the pleats stay in, I edge-stitched the inside pleats, a tip I picked up from Oliver+S patterns a while ago. It’s hardly my finest work but it’s cheery and fun, and that counts for something at Cashmerette Towers. 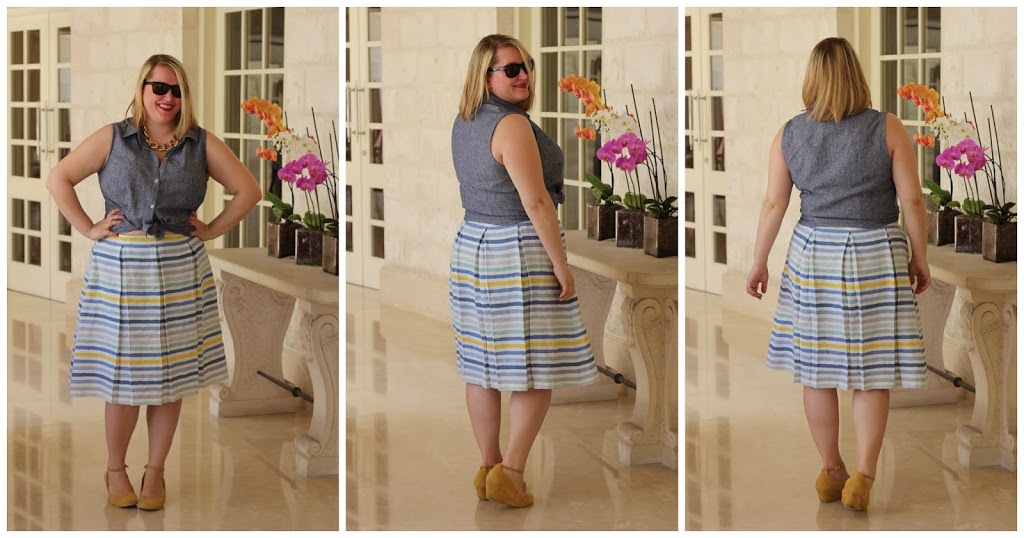 I paired it up with my chambray sleeveless M6436 and my new panama hat from Goorin Bros., and we were off to the races! 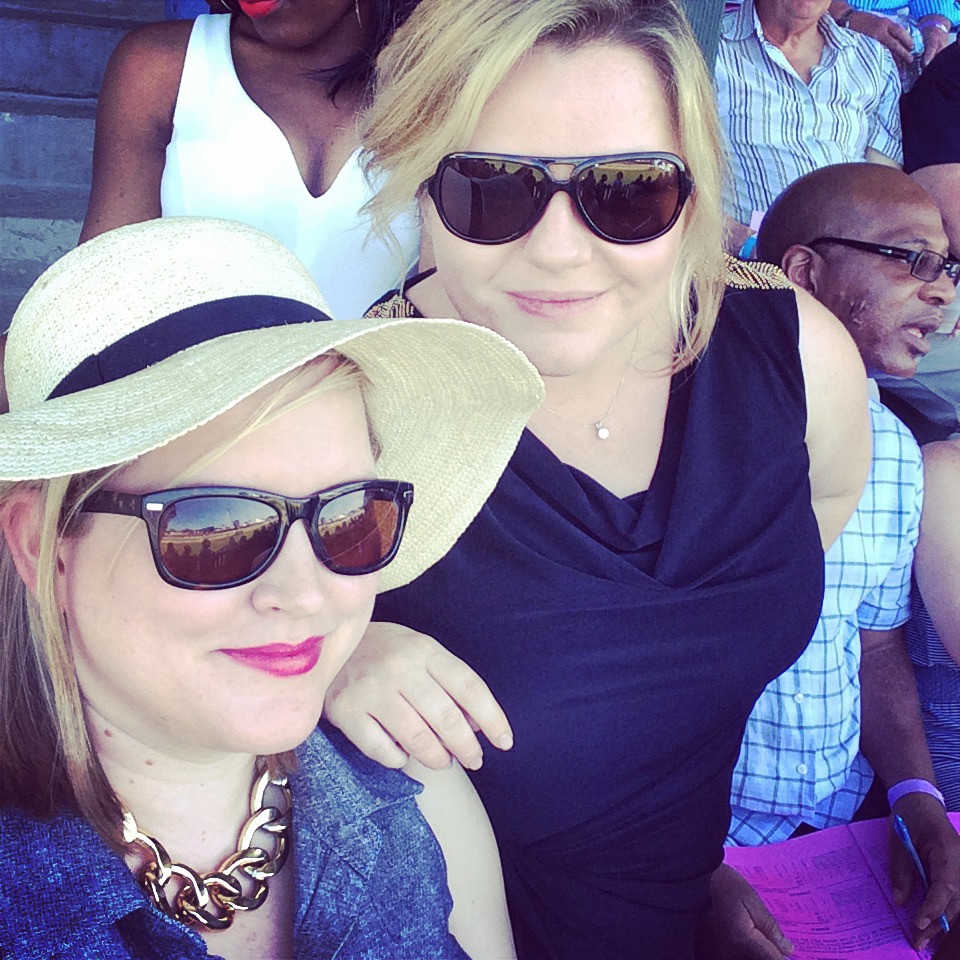 My first ever racing event was fun – I totally have a magic horse picking ability, or at least, I do the times that the horses win. Andrea on the other hand was doing complex mathematical calculations based on the form book, because apparently she knows about these types of things. I’m not the A1 biggest fan of watching sports but I will concede this was more fun than most, especially when the parade came out, because really, who doesn’t like some synchronised dancing with props? 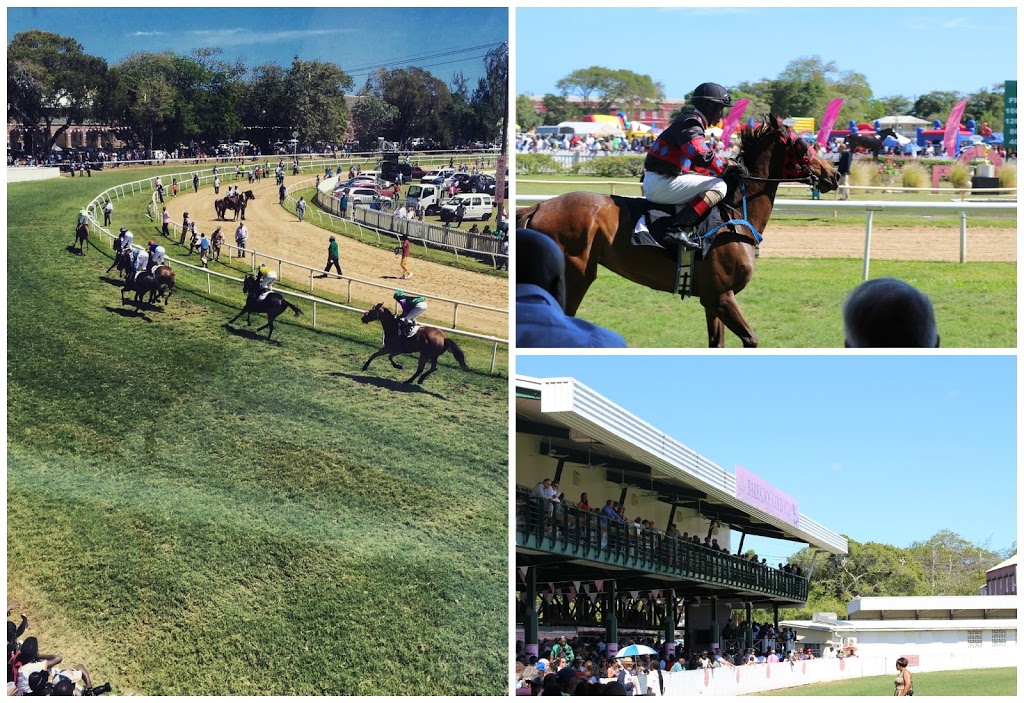 But really what kept me going was the fact that there was afternoon tea. Oh yes, Barbados, you got me right in the heart with your scones with cream and strawberries. If only I’d known cream teas were available at horse races, I’d have been along much sooner. 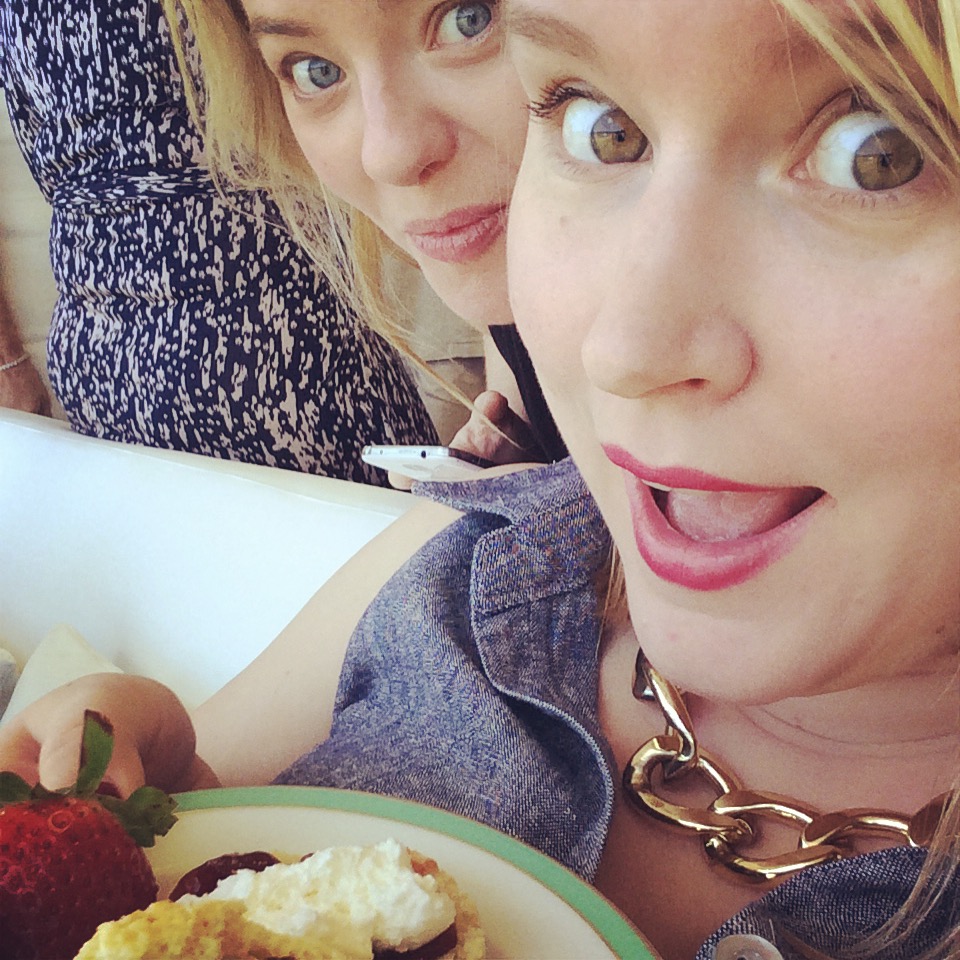 Would you wear a skirt made of curtains to a horse racing event?  Or maybe trousers made from a sofa to the Philharmonic? I want to hear your stories of the most inappropriate pairing of fabric and event, so I can see if I can match it in the future.
Share:
You might also like

27 thoughts on “Going horse racing in a pair of curtains”

Sign up for our newsletter and you’ll receive exclusive offers, curvy sewing news, and 10% off your next purchase.
END_OF_DOCUMENT_TOKEN_TO_BE_REPLACED