close
As an uber busty lady, it can be a lonely, tent-like world when you’re looking for button-down shirt patterns. The Grainline Archer is super cool – but with no darts, and billowy sleeves at the size 18, it tends to swamp the plentiful of chest. The new Sewaholic Granville shirt is also lovely – but clearly for pears and not for the likes of me without some serious FBA-ing.
Therefore, I was excited to find McCall’s M6436 – a shirt with cup sizes up to DDD. I’m a HH so not quite there, but an awful lot closer than the average pattern drafted for a B (or C if we’re lucky). And the verdict is…. mixed. 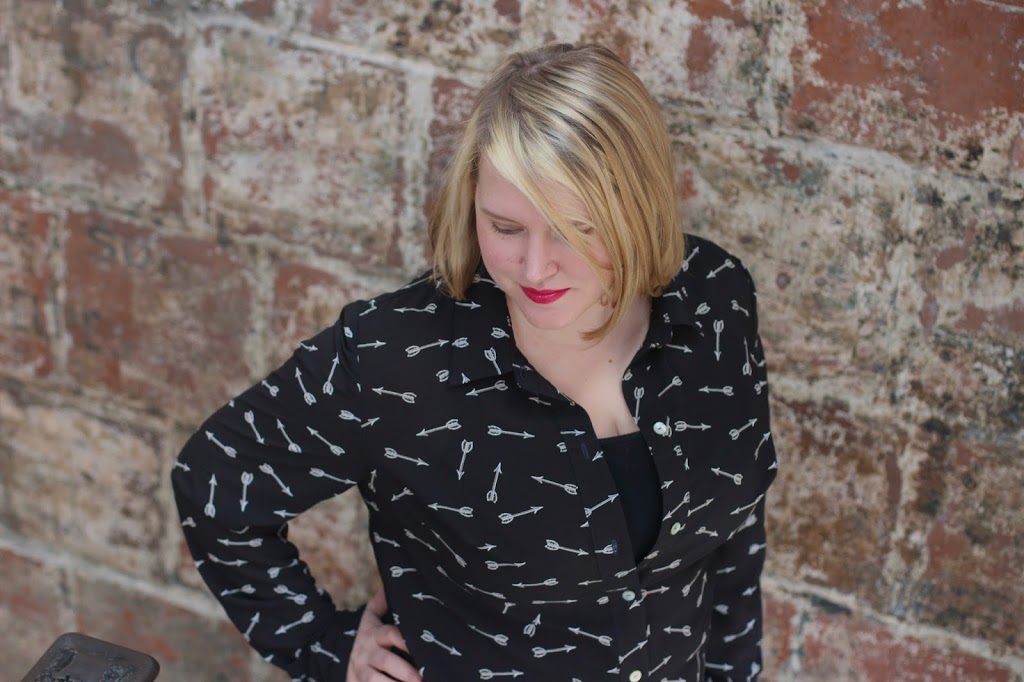 Although it goes up to the DDD cup size, it’s surprising how few alterations have been made for the busty. Basically there’s a really big dart, which goes a long way towards the apex – it ended up about 1/2 inch off mine. That doesn’t really work – it’s definitely nipply at the end – so I’ll be re-drafting the bust dart to be a good 2 – 3 inches off which is much better on busts my size. Weirdly, it’s been drafted without a dart triangle off the edge of the pattern, which means you have to cut out the body of the dart after it’s sewn. There’s no suggestion on how to finish the edges, and it’s difficult to get a nice result given this isn’t a lined garment. I ended up doing a tight zig zag and cutting it out, which I didn’t love and I’m a bit concerned about fraying when it gets washed. My other gripe is the excessive sleevehead ease – it was quite the trauma getting them in, and there are some puckers if you look close.

Anyhow! Despite these niggles, I do like my finished shirt. I made the size 20 with the DDD and the shoulders and back fit me much better than the 22 that I usually make, which is great. I used a “silk” that I bought from a roadside stand in Vietnam, and it was a little tricky to work with, but it didn’t fray too much. As to whether it’s actually silk – the jury is out! I have a suspicion it’s a poly crepe in disguise…
I like the two slim two-piece sleeve (so rare!), which also allows the simple “turn and stitch” placket finish which is much easier than a usual placket and looks great. The back is also nicely shaped with two waist darts. 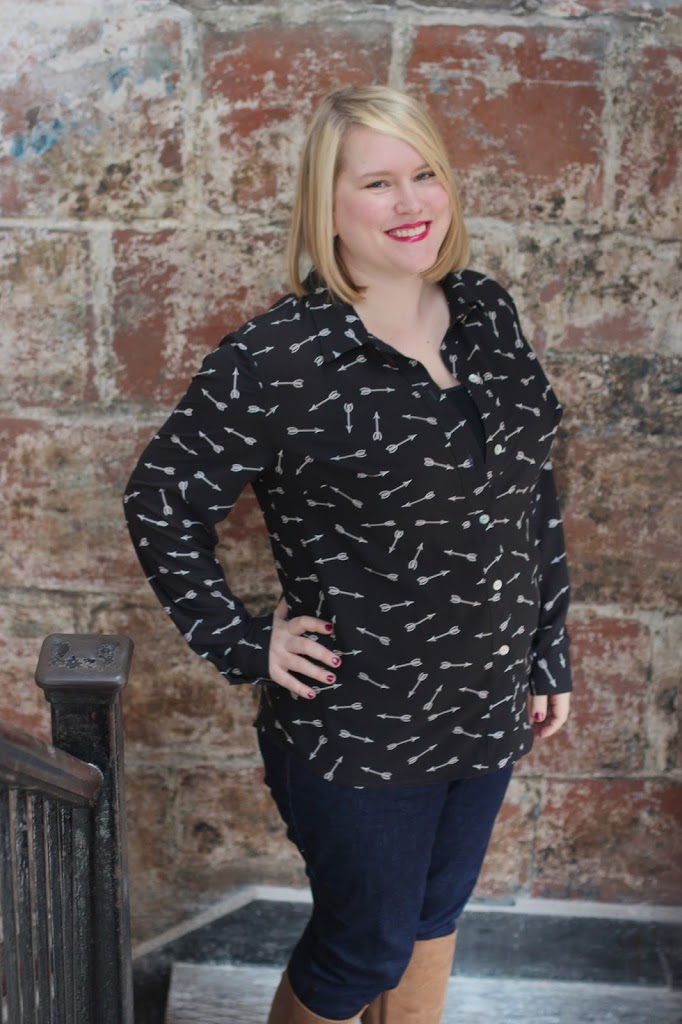 I would never normally wear a shirt done up to the neck, but here it is just to prove that it (barely) fits my chest with no FBA. 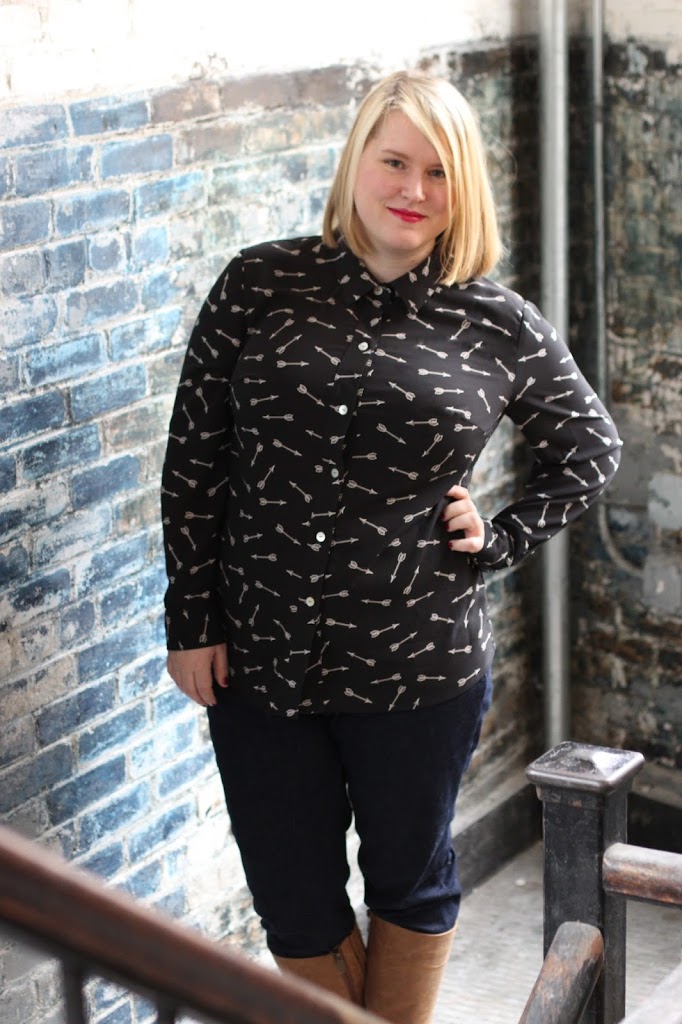 I’ve made a couple of shirts now and my techniques are getting refined little by little. I always use Andrea’s collar tutorial, my edge-stitching foot (the only way to get even topstitching in my experience), and my Bernina now plays nice with buttonholes which is a blessed relief (there’s nothing worse than ripping out the same buttonhole 5 times, weeping into your tea as the material shreds before your eyes). I french seamed the whole thing apart from the armholes – I did try to do them, but there was just too much ease for it to work. 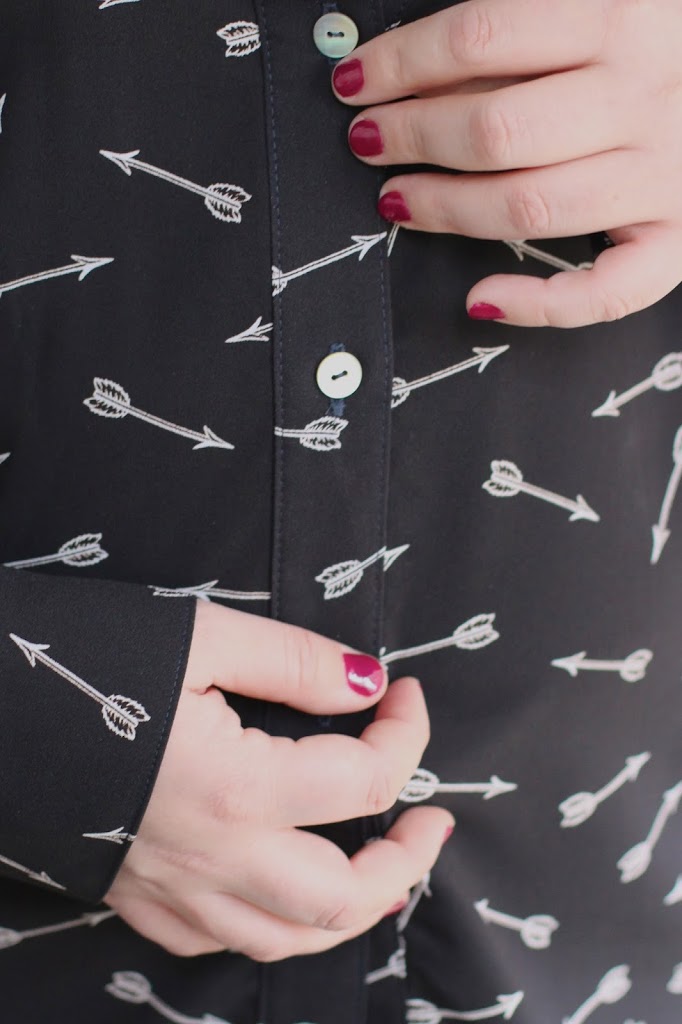 I’ll definitely be making this again, because with a few tweaks to the bust dart and adding a little bit of ease it could be great. I have a few silks calling my name…

Have you found an awesome shirt pattern that you keep coming back to? I’m still on the hunt – I think I’ll have to try a princess seam pattern next.
Share:
You might also like

Sign up for our newsletter and you’ll receive exclusive offers, curvy sewing news, and 10% off your next purchase.
END_OF_DOCUMENT_TOKEN_TO_BE_REPLACED