close
While I attempt to puzzle out my Princess Seam Problems, I decided to get on with a safer step: the back stay. This is a bit of canvas or muslin that goes across the upper back of the coat which makes it more stable, stopping it stretching out at the armholes or neckline when you move about. And it’s foolproof! (or at least, it hasn’t beaten this fool yet).
After sewing up the back, I folded it in half and laid it on some folded hair canvas on the straight grain:

Drew around the top with a sharpie, then down the side seam for about 3 inches. Then I used a french curve to go from the side seam to the back fold. 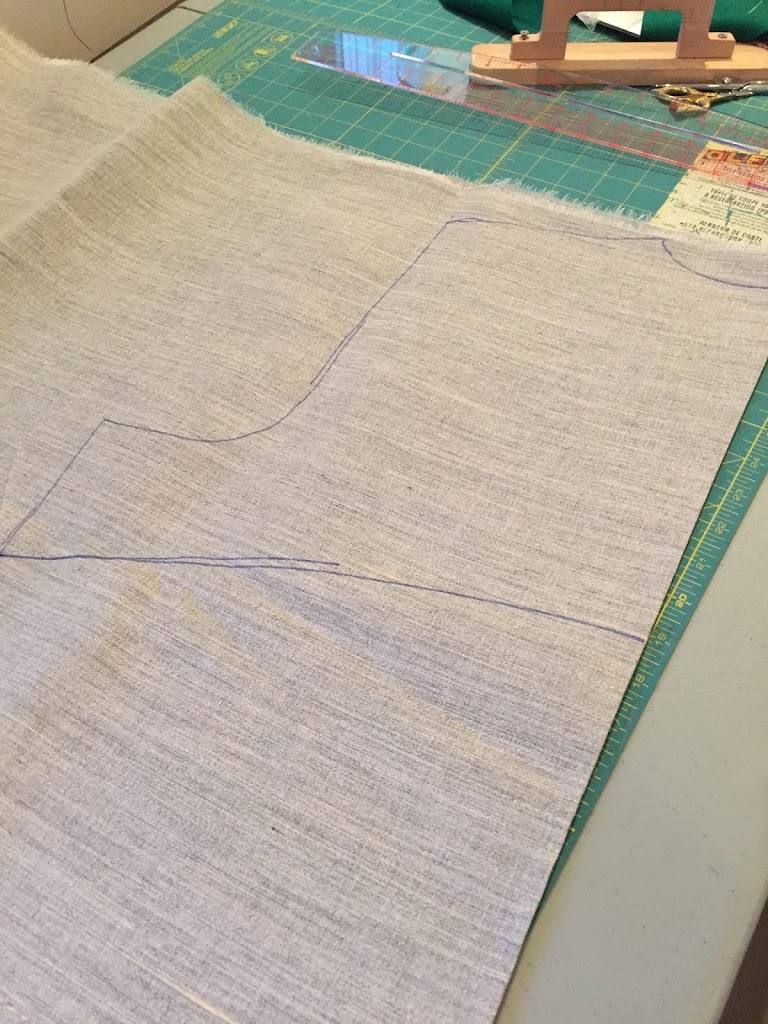 Cut that baby out, using pinking shears for the curved bottom edge so that it won’t show through the cashmere 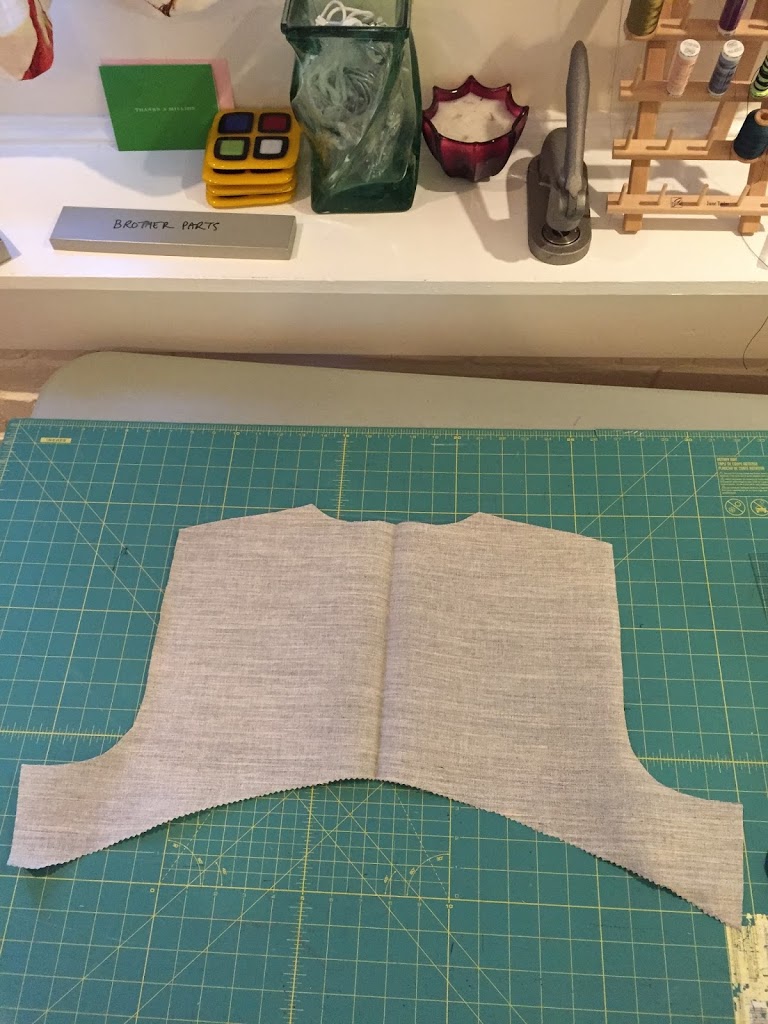 Then sewed it to the coat back along the seam allowances, before cutting out the excess hair canvas from the allowances to reduce bulk. 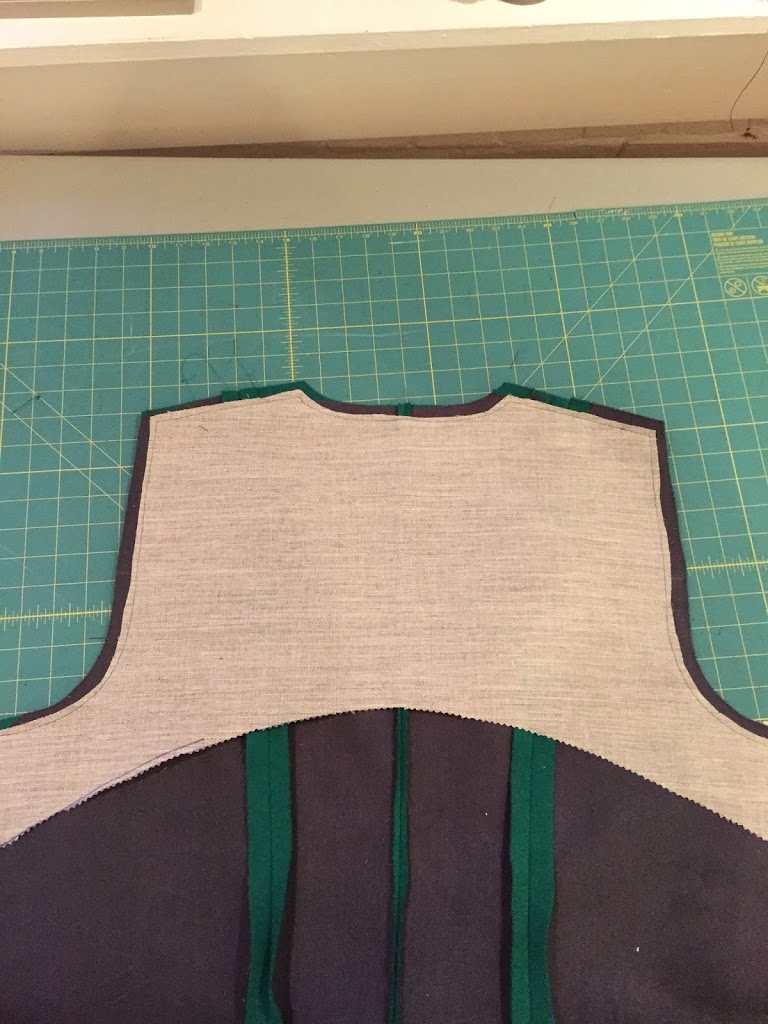 A nice diversion from the rather larger problem on the front which I am still mulling over.. Just leaving it and accepting that most coats don’t fit 100% perfectly is one option but I can’t quite decide whether I can suck that up or not, especially as this cashmere is the most expensive fabric I’ve ever bought! Still open to suggestions though, dear readers.
Share:
You might also like

2 thoughts on “Coating with Cashmerette: Staying the course (BOOM BOOM!)”

Sign up for our newsletter and you’ll receive exclusive offers, curvy sewing news, and 10% off your next purchase.
END_OF_DOCUMENT_TOKEN_TO_BE_REPLACED