close
This is the tale of a top that almost ended up in the bin.
I’ve bought a couple of StyleArc patterns from Australia in the past, excited by the really wide size range and super modern styles, but they’ve all stayed in my pattern stash. Mostly, it was because I got waylaid by other exciting projects, and I suspect that it’s also because they don’t tend to get hyped up  much in the sewing blogosphere (with the notable exception of devotee Anne the Clothing Engineer) so I would forget about them and forge on with another Moneta.
Which brings me to… the Rosie top. It was the free pattern of the month a while ago (they always send you a bonus pattern on top of the one you buy!) and I wasn’t feeling it, so I chucked it in the bin at the weekend. Whereupon my summer housemate Aussie Andrea immediately spied one of her own, fished it out of the fabric scraps and declared it to be a fine pattern specimen.
So what could I do but make it up for her? 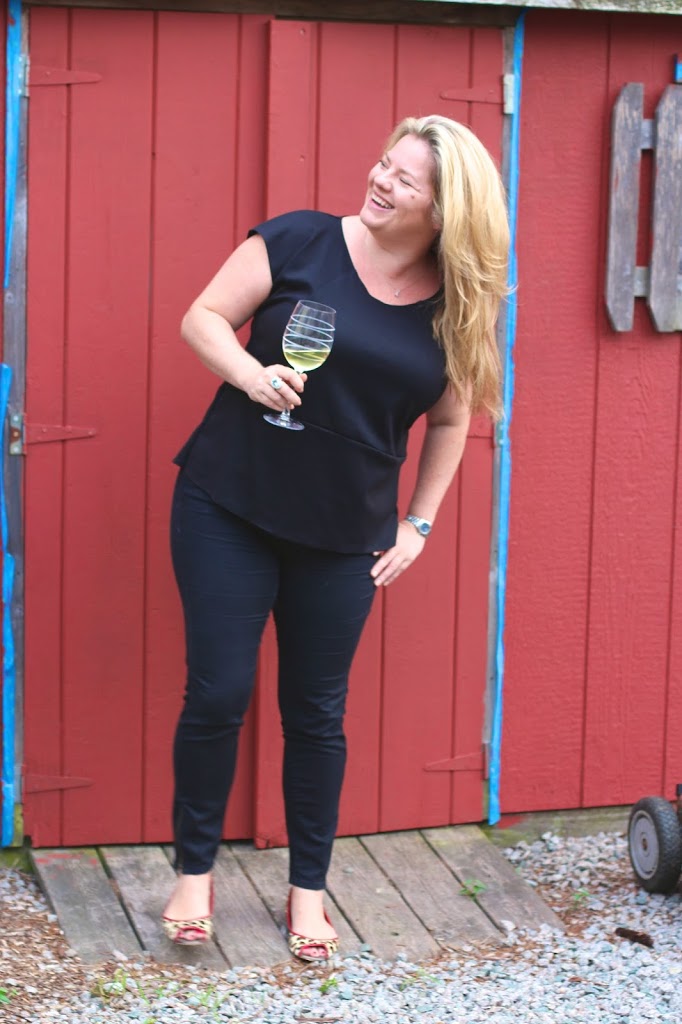 Now as chance would have it, Andrea and I have the same measurements (except she has 1″ smaller hips… apart from that, identical). That’s just as well, because StyleArc is different from other pattern companies in that they only send you the pattern in one size, which makes grading tricky and is probably a non-starter if you span multiple sizes. Although Andrea and I are pretty “standard”,  I was a bit concerned because I made my order for a knit dress in a size 18 and 44″ bust, while Andrea and I are more in the 47 – 48″ range these days. However, I decided to use a gorgeous black stable ponte knit from my stash (another John Lewis find) and see if it would work… and it did! 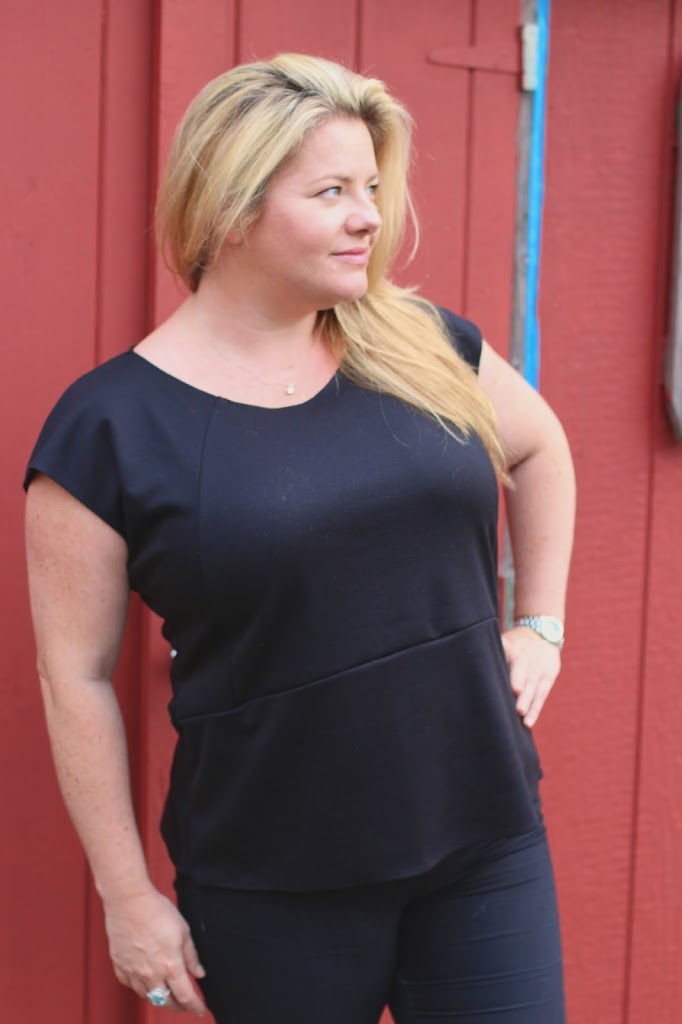 The only alteration I did was to bring in the side seams a bit (probably about an inch each side), which was a cinch with my serger. Everything else worked fairly well – the raglan sleeves have some folding, but I think that’s par for the course with raglan sleeves and busty ladies. At the back there’s a cute little pleat which still remains somewhat noticeable in ponte: 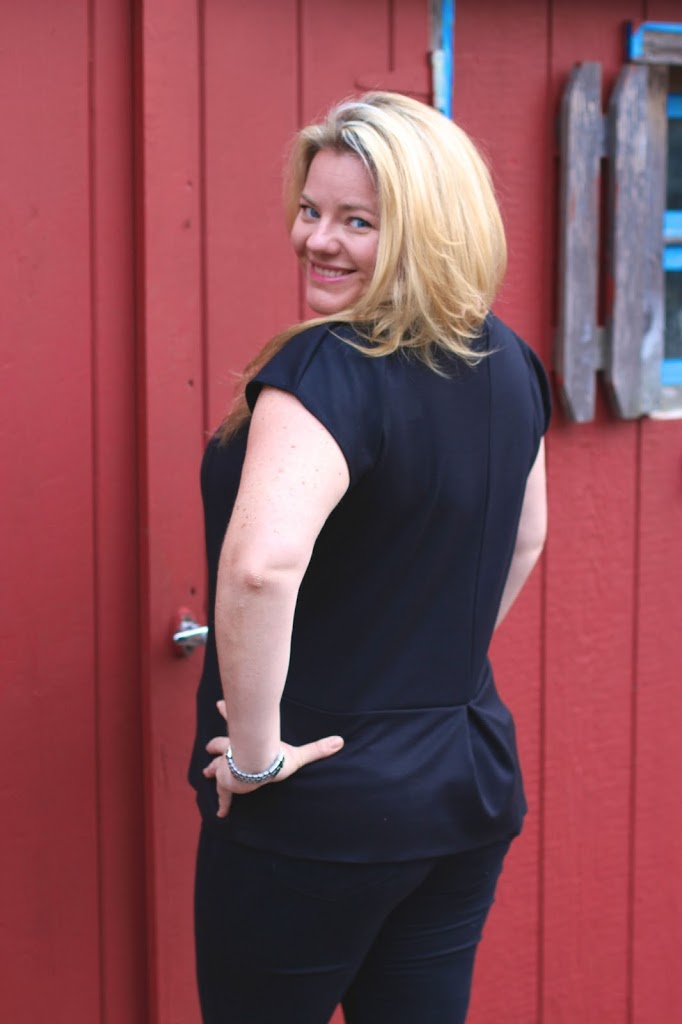 The only thing I’d change next time is to topstitch all the seams down – this ponte really doesn’t press well, so the seams (especially for the peplum-y type part) are a little puffy. It’s not too bad, but it would be nicer with a crisper finish. Oh well, I’ll just have to make myself one too! 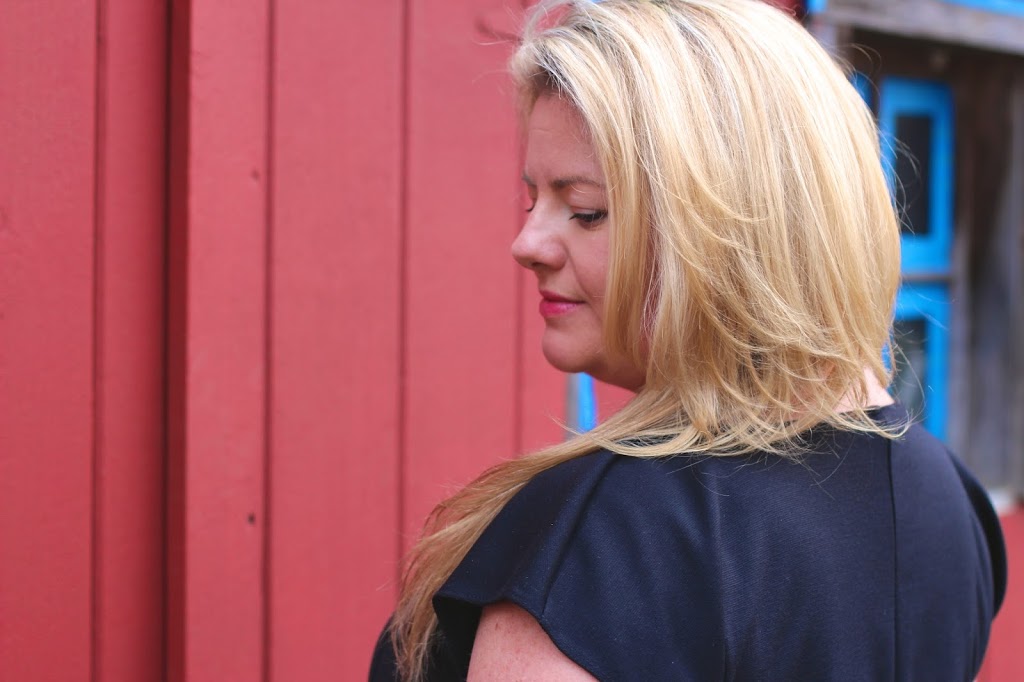 If you know Andrea you’ll know that this is *just* her style, and she now has a reward for sleeping in my sewing room for the past month and putting away all her stuff every day so I can do some sewing. See, it is worth it! 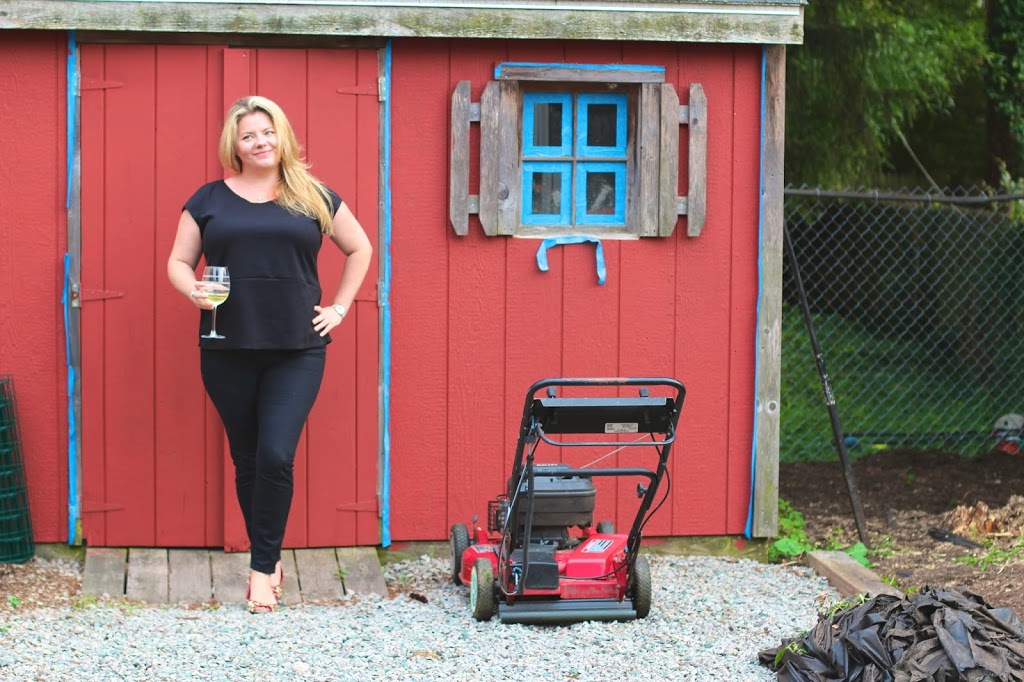 I’m also definitely planning on pulling my other StyleArc patterns out of the stash and giving them a go – if they’re anything like this one, I have high hopes! Have you made any StyleArc patterns dear readers? How did they go?

30 thoughts on “An Aussie top for an Aussie sheila!”

Sign up for our newsletter and you’ll receive exclusive offers, curvy sewing news, and 10% off your next purchase.
END_OF_DOCUMENT_TOKEN_TO_BE_REPLACED