Happy Christmas/holidays everyone! Hope you all had a great time. I am filled up with mince pies (no meat in them, Americans!), 1,000 cups of tea, and currently, a head cold. But there’s no place like home to veg out, so that’s no problem.

And now that every magazine in the house has been read (along with Gyles Brandreth’s secrets to happiness and the latest Bridget Jones – high end around here, darlings), I thought I’d jump on the sewing blog bandwagon and do some highlights of 2013.

2013 was really the year that I got into full swing, sewing-wise: able to make things that I can leave the house in and don’t look homemade (although of course I’m always DYING for people to compliment me on my outfit so I can show off and say I made it). Looking back over my blog posts, I can see that I also improved a lot during the year – hence most of my favourites are in the second half of 2013. Here are my top 5 garments that I made for myself, in chronological order:

I was very pleased to complete my first button-down shirt –  and to get it looking reasonably good first time. This has had a lot of wear, as it goes with all manner of coloured jeans and cardigans. It’s definitely baggier than something I’d usually wear, but it looks good cinched in with a belt or cardigan. I want to make some more button downs in 2014, and in fact just got some more fabric sent over from France from Atelier Brunette. 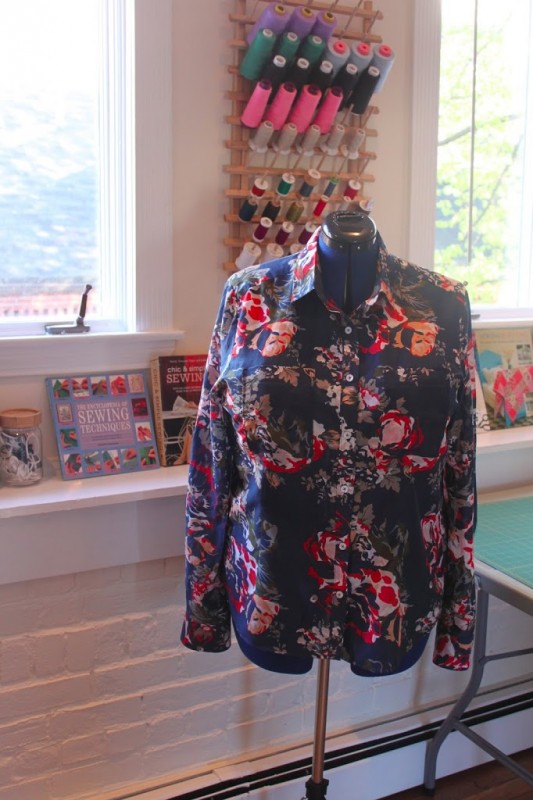 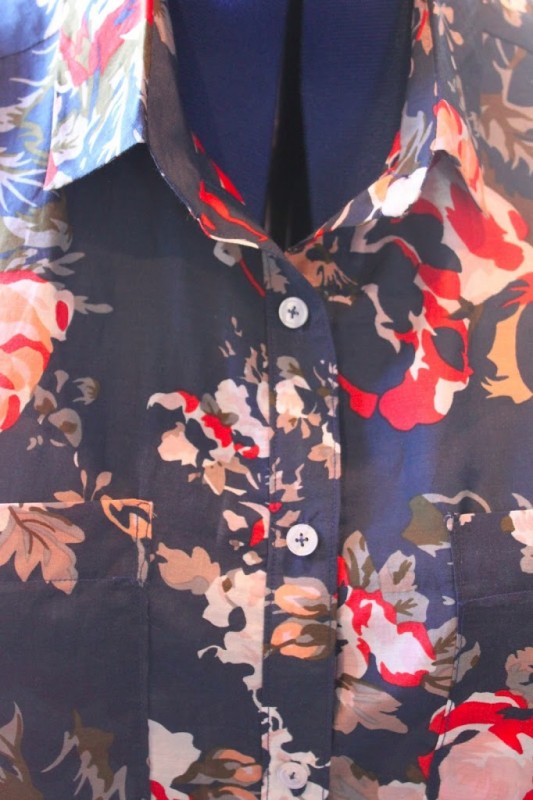 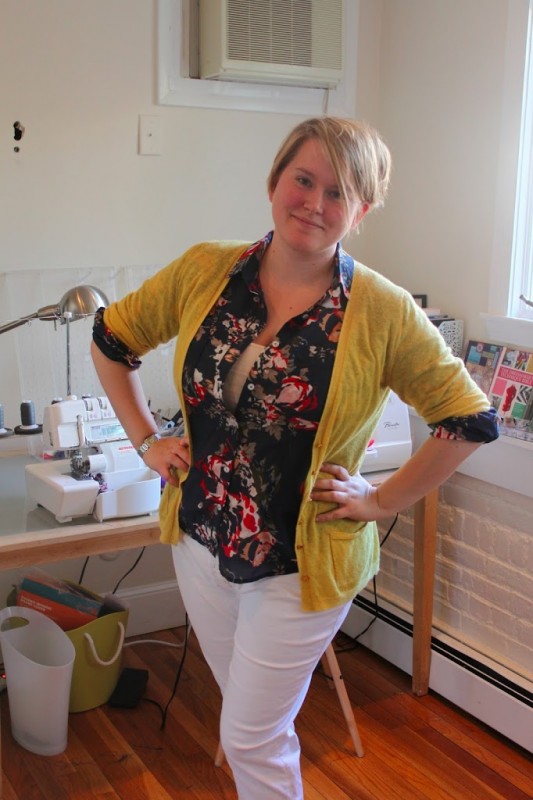 2.  A royal blue floral wrap dress
Am I a bit boring, wearing wrap dresses 90% of the time? Probably. But they suit me, and in 2013 I finally nailed it! A great Christine Jonson pattern, slightly adapted by removing the waistline seam and making it an even quicker make. In fact, I originally started sewing with the explicit aim of making them, so this is particularly satisfying. And while this dress isn’t the most exciting in the world it has got a *lot* of wear this year. Plus, on three occasions random strangers have come up to me and asked me where I got it, leading to great opportunities for quiet smugness. 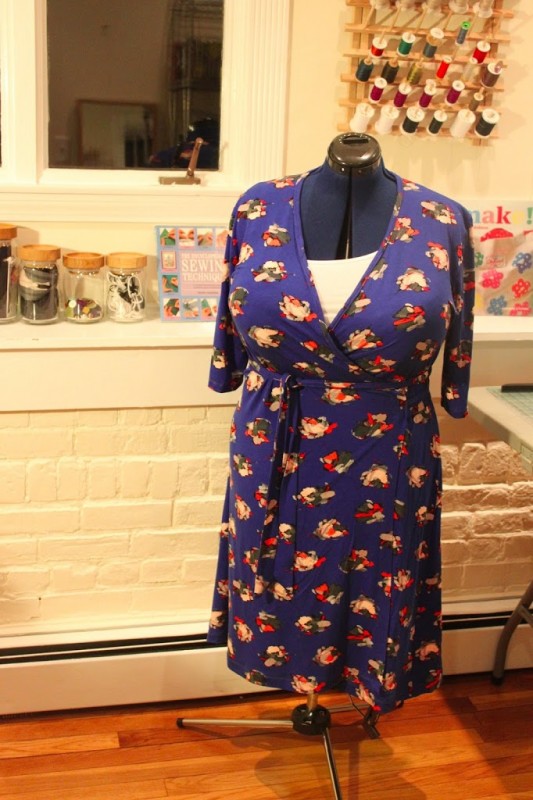 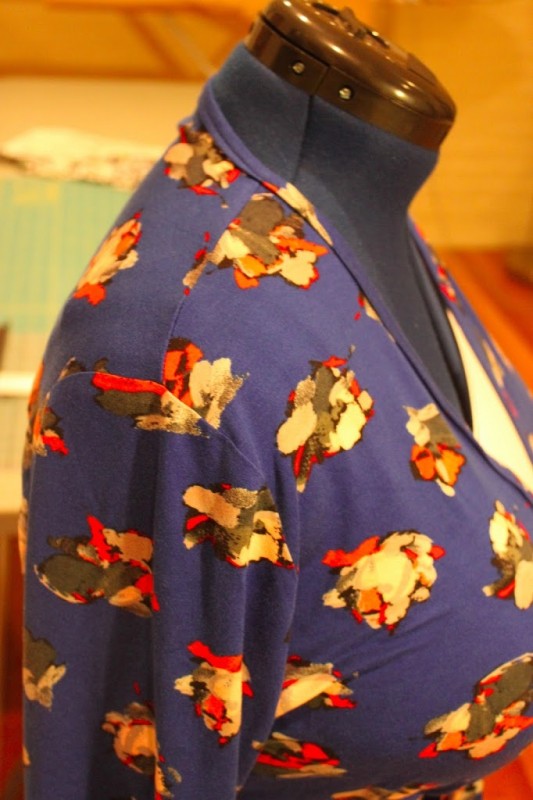 3. Dotty pencil skirt
A TNT pattern! Simplicity 2343 which fits like a dream. My first two attempts were thwarted by over-fitting, but I finally got it down and made this one out of dotty quilting cotton from DryGoodsDesign in Seattle. 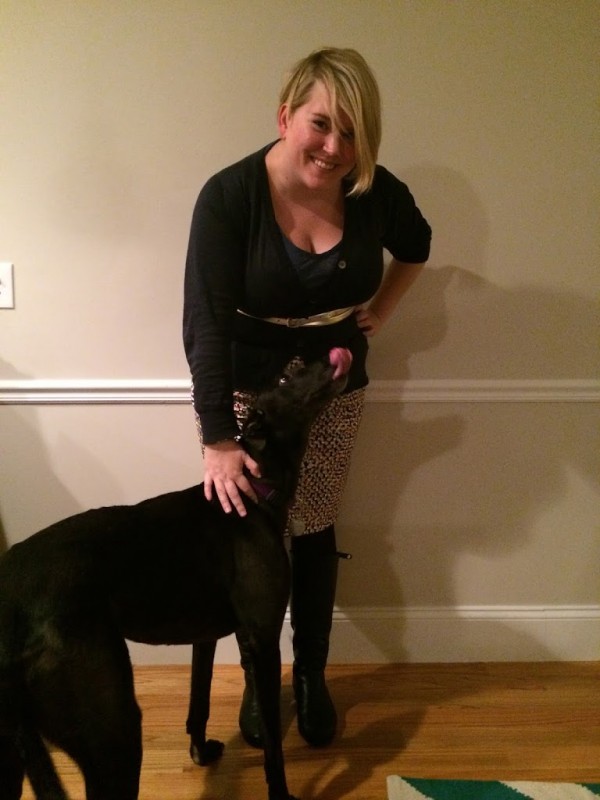 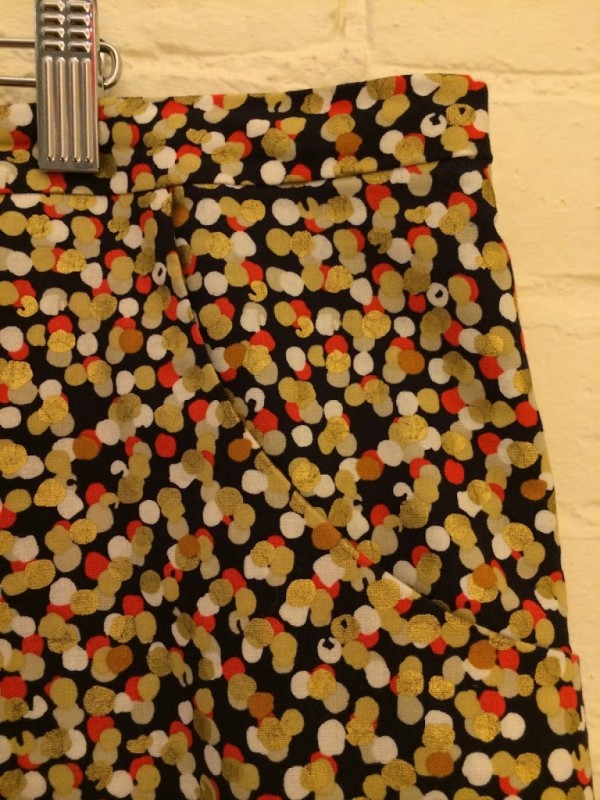 4. The deja vu skirt…
Liked it so much, I made it twice (Ok, four times if you count the two wadders….). This time, with Nani Iro linen. I’ve been wearing this tons! 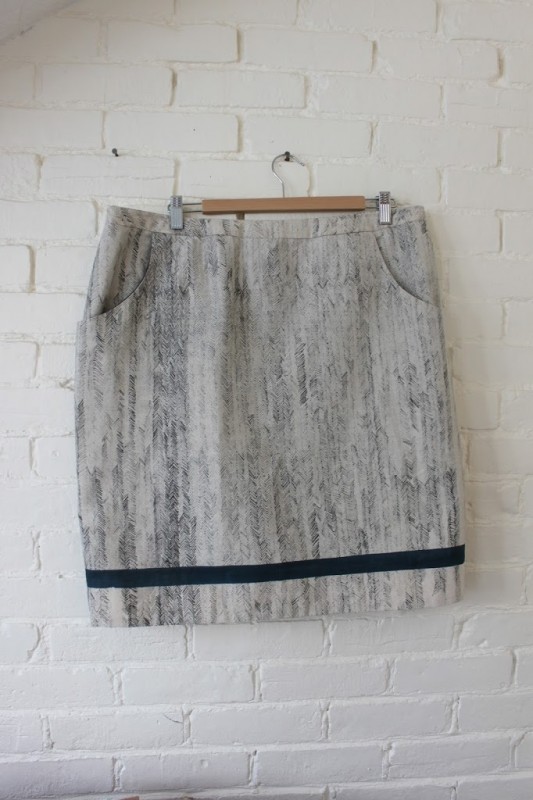 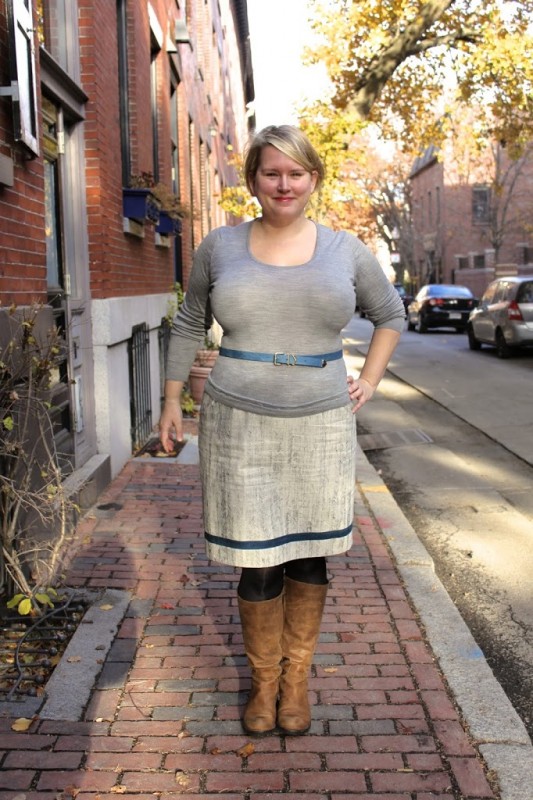 5. Another dotty number!
And finally… a non-wrap dress! Yes people, it has been done. I made it a bit on the over-roomy side, but it’s *super* comfy as a result, so I’m resisting the urge to serge up the sides and make it smaller. 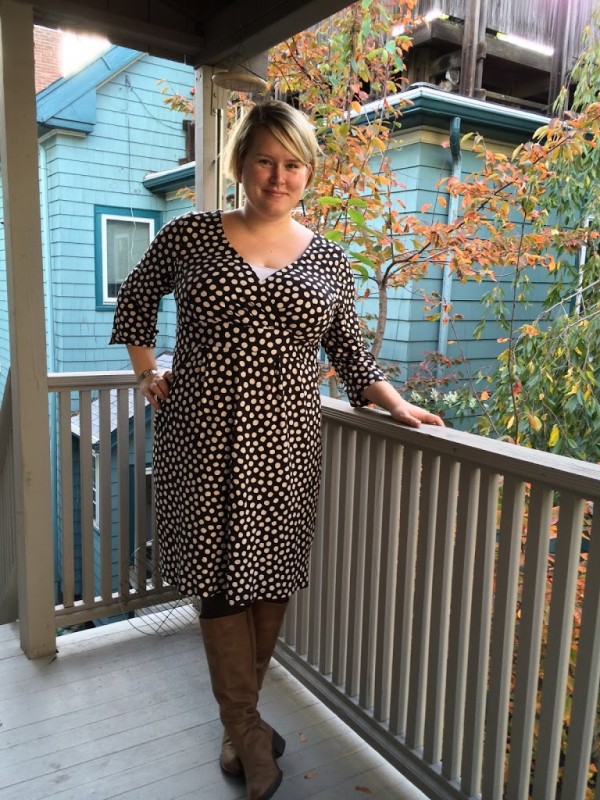