close
After a lengthy summer hiatus  – during which tea-making facilities were not available chez Cashmerette #1 and hence any civilized get-togethers were *impossible* – Crafternoons are back! 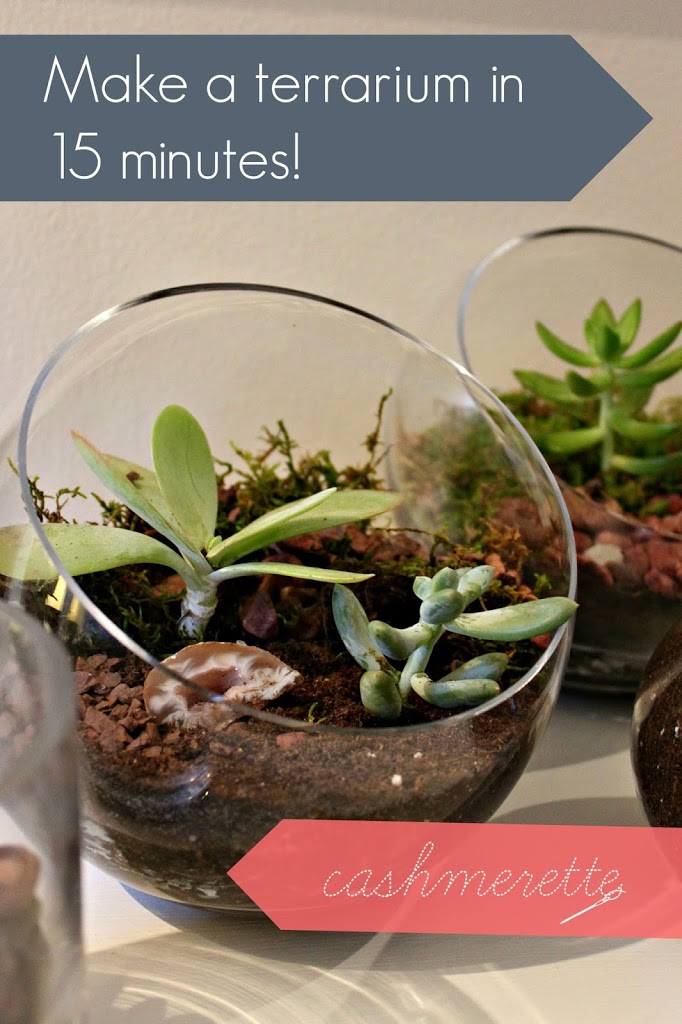 This time, we directed our attention towards that new trend: terrariums (a.k.a. terraniums). Luckily, Mahoney’s Garden Center had a “build your own terrarium” area which was extremely helpful for gathering up our supplies: glass bowl/vase things, charcoal, potting mix, gravel, moss and little plants. 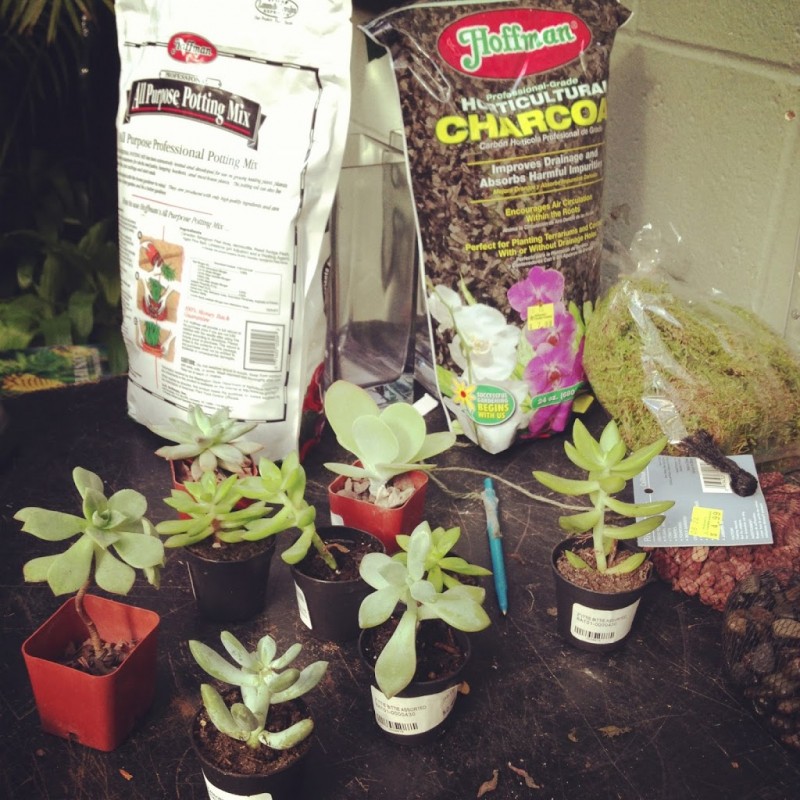 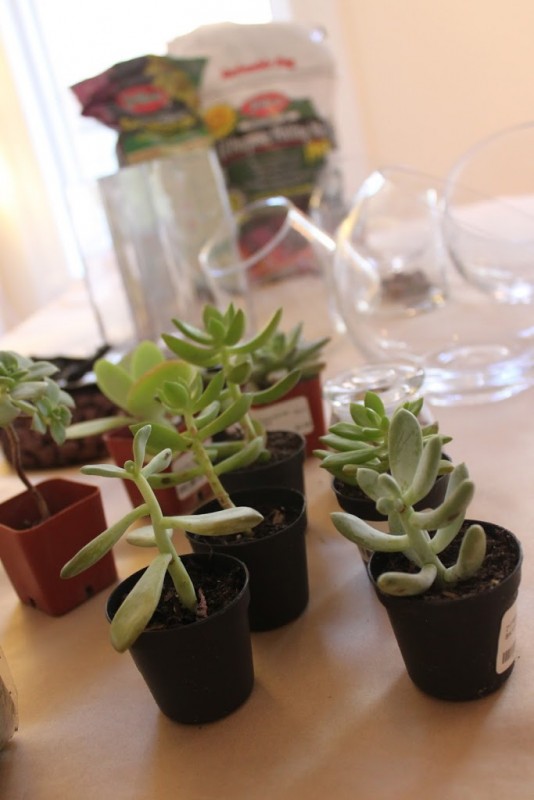 The upside to terrarium-making: they’re so cool!

The downside to terrarium-making: they are *very* fast to make. Observe:

Put a draining gravel layer in your glass bowl 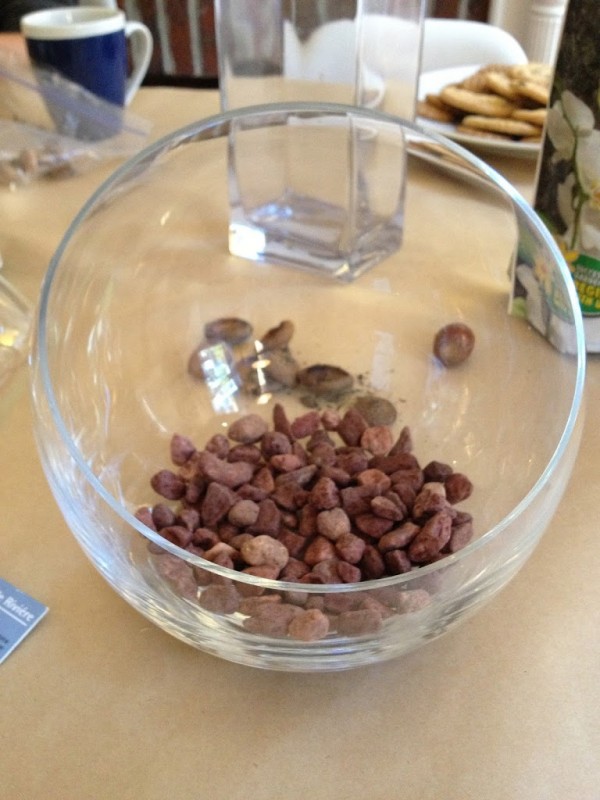 Put a layer of charcoal on top of that (apparently it stops the terrarium going mouldy given they don’t drain): 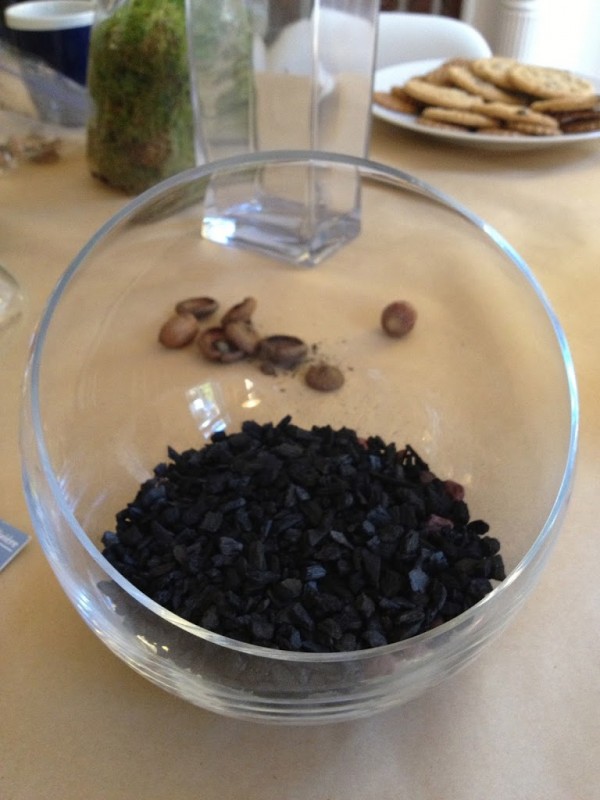 Then stick some soil in, then plants and moss! DONE! 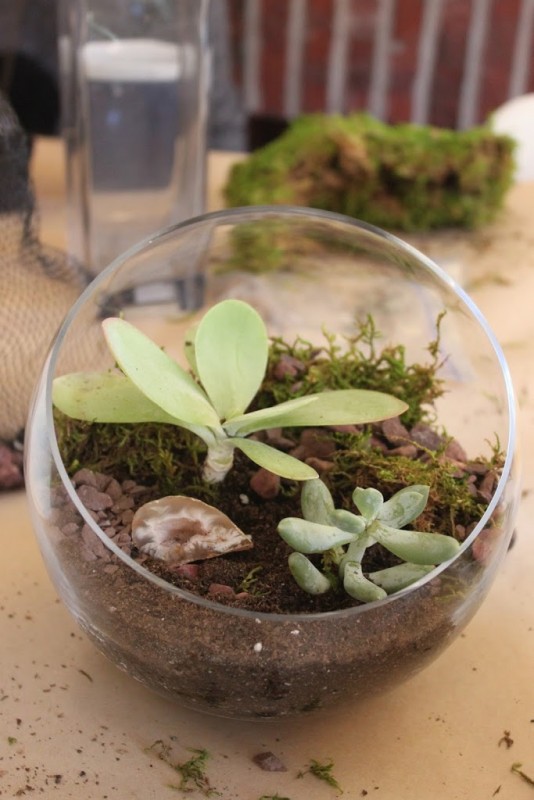 It was a small but perfectly formed group of Cashmerettians. Scratch that – we were missing Cashmerette #2, hence it was small but ever so slightly deformed 🙁 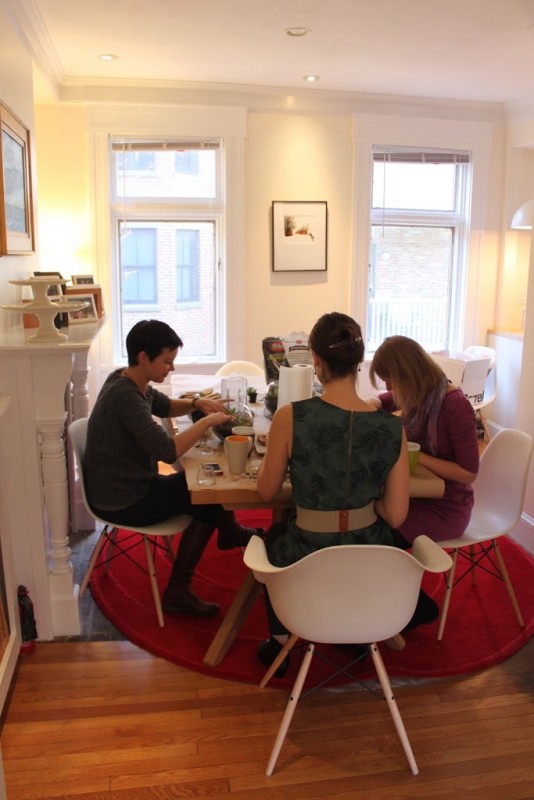 Here you can observe the high levels of detail with which crafters attend to our projects: 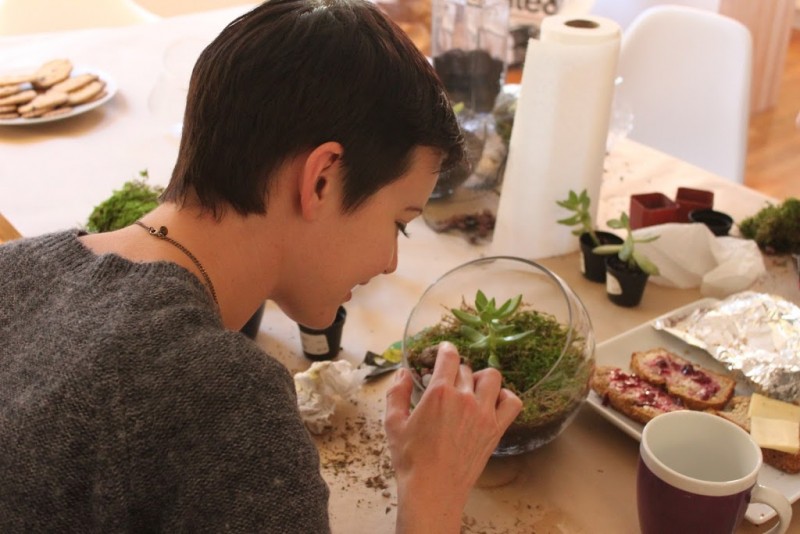 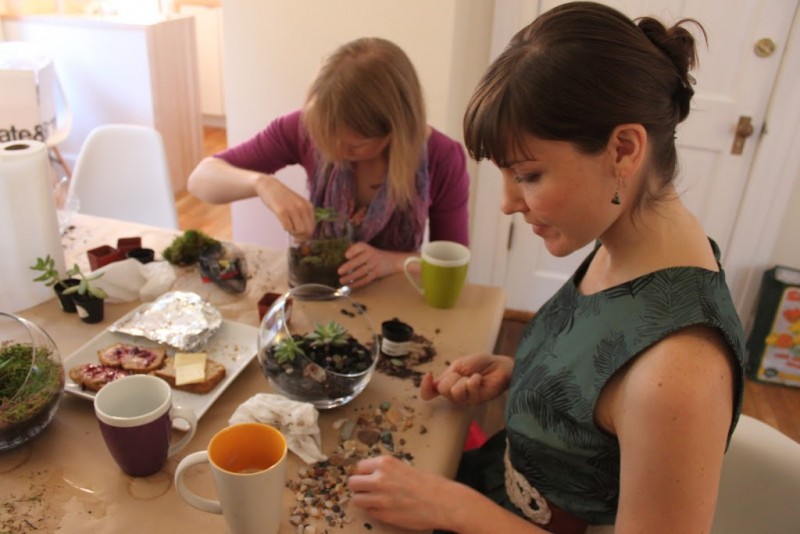 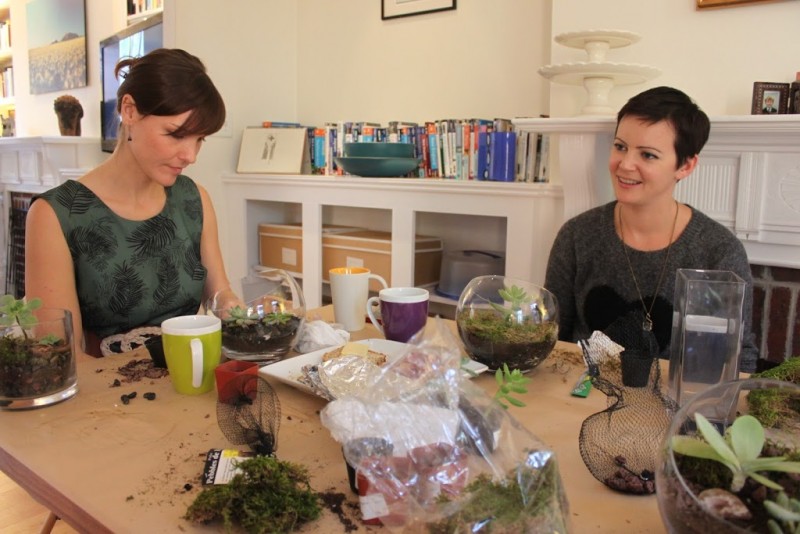 And here they are! Worthy of any hipster hangout. 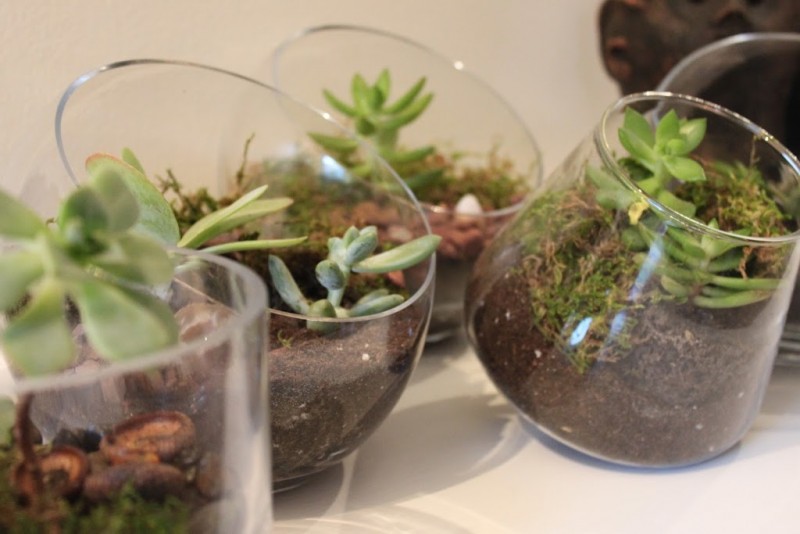 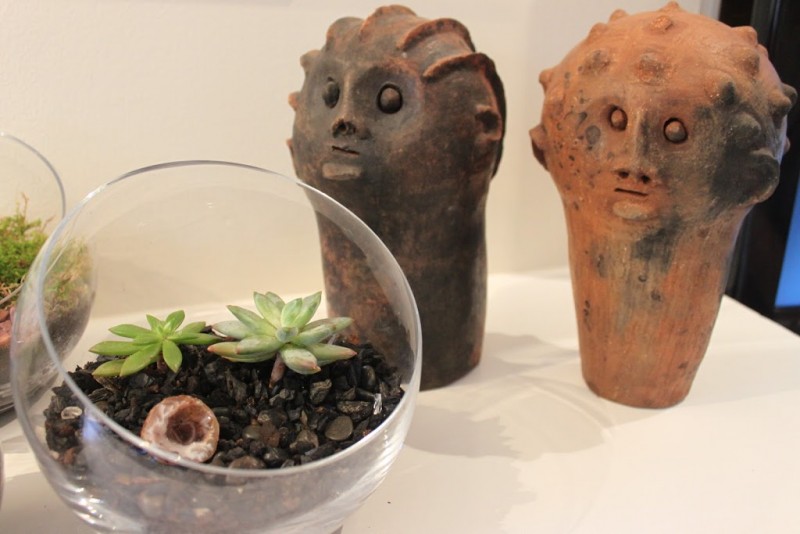 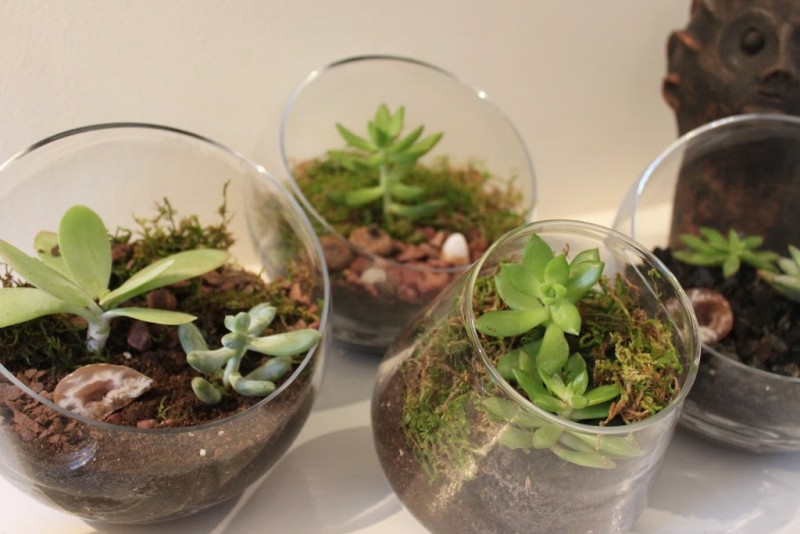 At this point, we descended into various jewellery making, picture framing, calligraphy-doing and gossiping, which was delightful.

Bring on Christmas Crafternoon! What do you think we should make?

Sign up for our newsletter and you’ll receive exclusive offers, curvy sewing news, and 10% off your next purchase.
END_OF_DOCUMENT_TOKEN_TO_BE_REPLACED