close
Just in time for my birthday picnic, here’s the couture Hazel! As modeled with my new Goorin Bros. panama hat.
As you can see, the bias panels on the side worked pretty well in the gingham, though I wish I had moved the fabric over half an inch to avoid the little segment you see along the bustline. 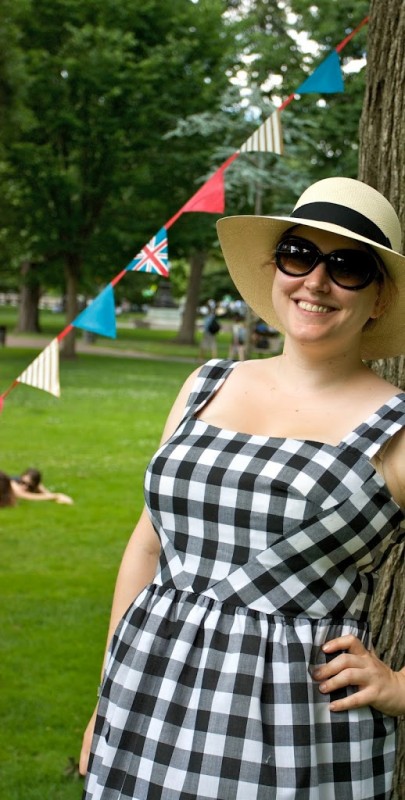 Add in a touch of British bunting courtesy of my Mum, a whole bunch of friends, lots of food and a certain bottle of “Holy Water” containing a concoction not entirely holy, and you have the makings of a lovely picnic. 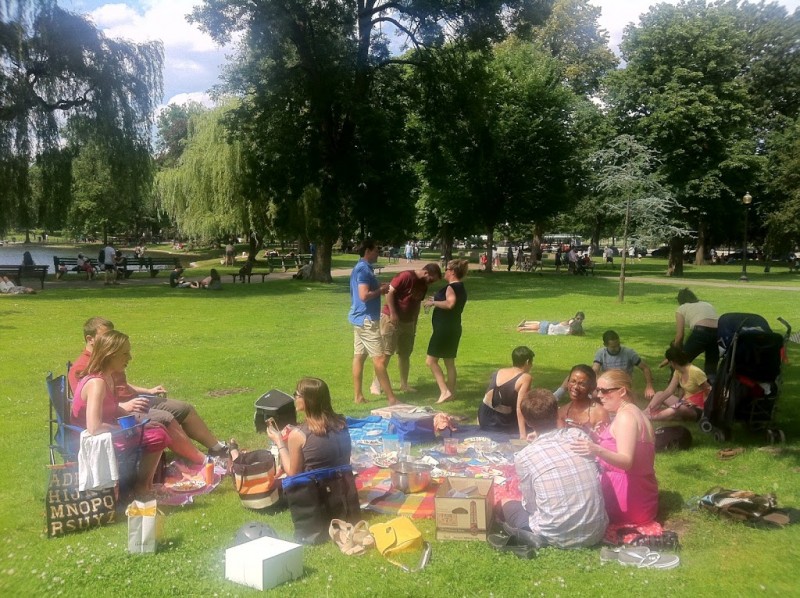 And here is me posing with Melissa’s lovely renovated Schwinn bike – a girl can only dream. 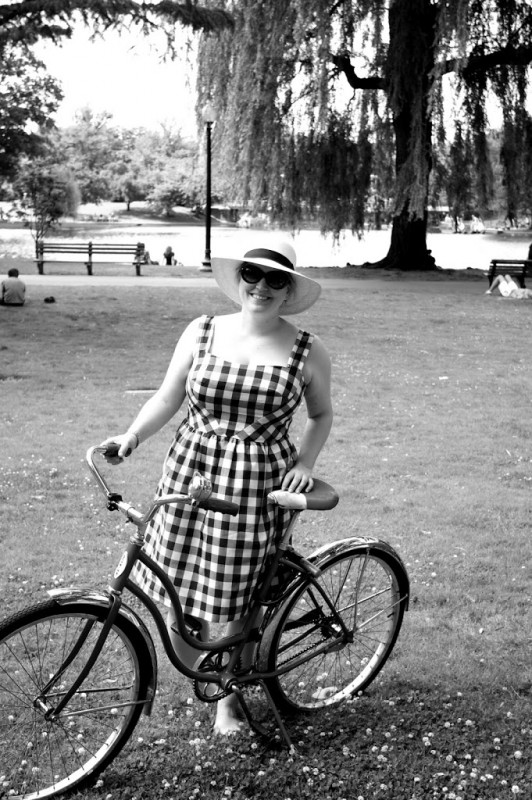 Couture sewing is definitely a beast unto itself, and I’m sure I won’t be doing *all* the steps in everything I make – not least because you can’t really use most of the techniques with knits, which is most of what I wear. However, There are some steps which will definitely get integrated into my sewing from now on, especially to do with muslins and ways of pinning and sewing. All in all, the Crafsty class was a bargain!