Following the raging success of the Christmas Crafternoon, the crafty ladies of the Greater Boston Metro Area collected again to work their magic with fabric, notions and more than a couple of cups of tea. This month’s assignment: sock monkeys! For those of you unfamiliar with such things: they are monkeys. Made out of socks. Americans like them, and so, dear reader, shall you.

The Cashmerette posse attacked this challenge with meticulous tidiness and methodical work, as demonstrated here: 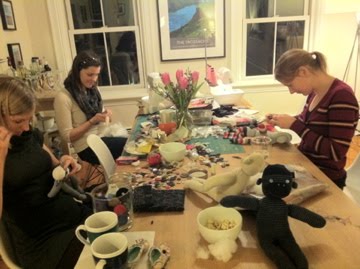 And we had a Crafternoon first: a homemade S’Mores feast courtesy of Melissa! For those not in the Yankee way, S’Mores are a delightful sugar-coma-inducing concoction of graham crackers (a bit like Ginger Nuts but less… crispy), marshmallows and chocolate. And if Melissa didn’t outdo herself with each element being homemade…. It will be a brave Cashmerettian who attempts to top that. 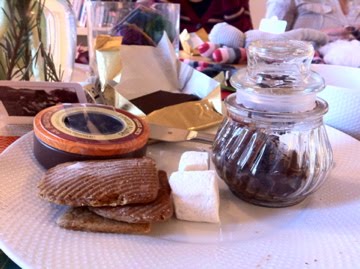 And there was another first: Anna learned how to sew! Taught by Professional Seamstress and Teacher Lauren, Anna not only did running stitch, but also whip stitch and embroidery backstitch. Not bad for a first go! 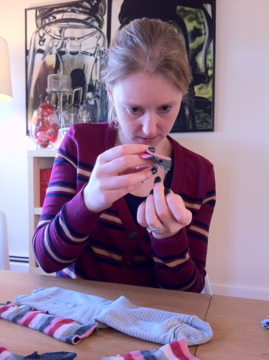 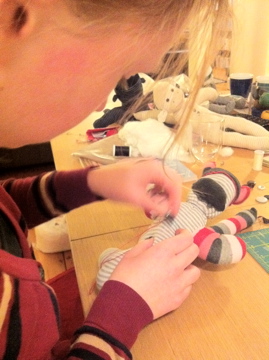 The rest of the crafters got on with our sock monkeys, each unique in their own way…. 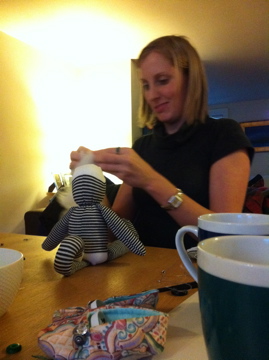 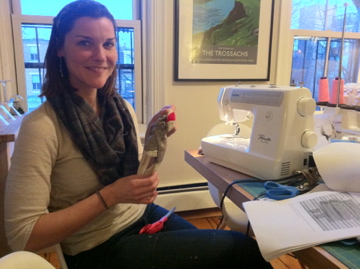 And what a motley crew they are!

Here’s Jenny’s, with a cheeky smile and a little shirt on: 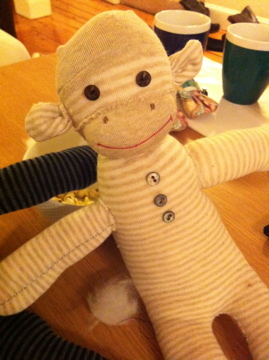 Anna’s most creative Yoga Sock Monkey ™, in lotus position with a sweatband and a lululemon “OM” shirt on: 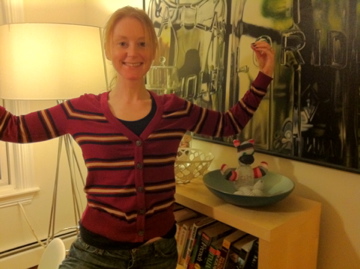 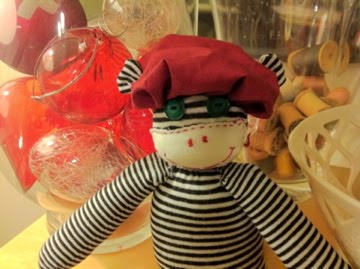 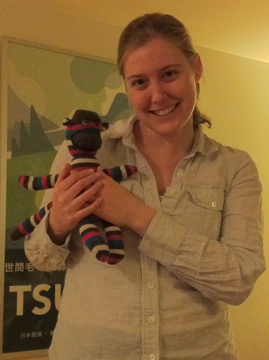 And here are the gang chillaxing in a bowl, with Melissa’s classic sock monkey wedged in the middle! 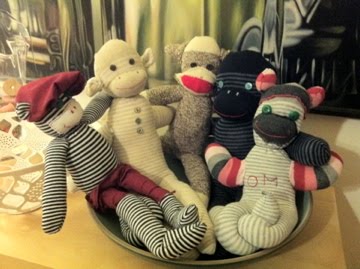 However, no sooner had the Crafternooners gone for a seventh cup of tea, but we discovered our sock monkeys having their own Simian Crafternoon! A bustle of pinning, cutting and measuring… What cheeky monkeys! 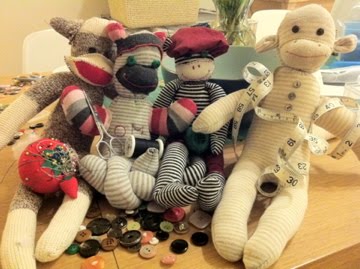 2 thoughts on “A January crafternoon of firsts”

Sign up for our newsletter and you’ll receive exclusive offers, curvy sewing news, and 10% off your next purchase.
END_OF_DOCUMENT_TOKEN_TO_BE_REPLACED