So, one final push this evening, and The Prep Is Over. And it wasn’ t quite as bad as I anticipated, especially once I twigged to the fact that quilting is all about patient repetitive work. The prep is clearly not the last of it….

First, I had to cut this: 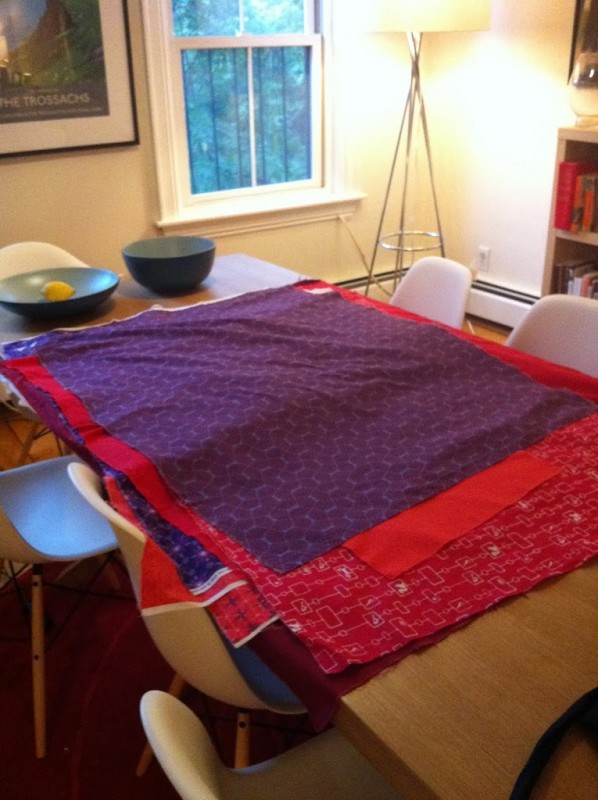 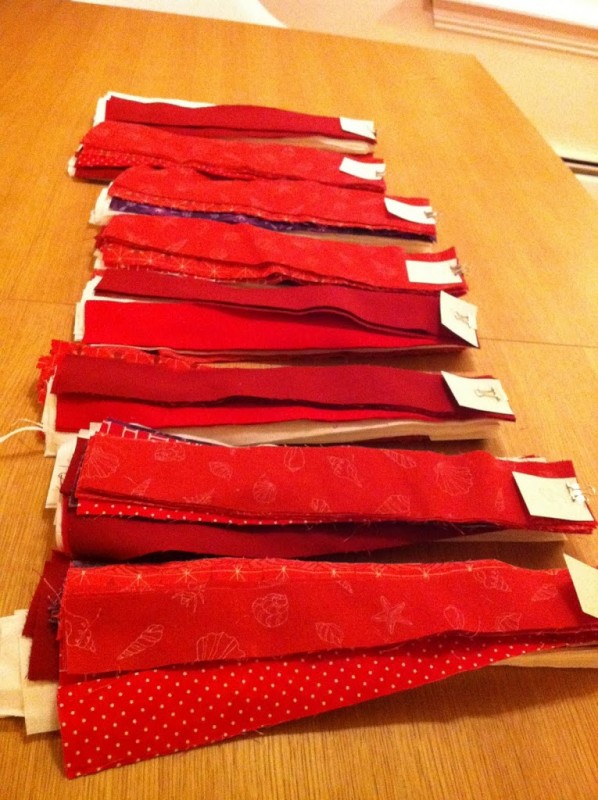 A bit of maths, and some rotary-cutting skills (include two hand lacerations. sigh.) and voila, piles marked A – H, each subtly different (though you can’t tell from the photo). Actually it’s a little more complicated than that: ultimately there will be 33 blocks which start with a white A, then red B, white C, through to H. Then another 23 blocks which start with a red A, then white B etc etc.

Trying to evenly distribute the 7 patterned reds and 2 solid reds through the blocks was a bit of a challenge, but hey, it’s meant to be “rustic”. I started by following the book’s advice to lay out the blocks to see how the colour balancing was going but rapidly realised that I wouldn’t have enough space. See that “quilt” below people? That’s 10 squares big. I have 56 to do. Yikes!

(Note that the final pattern will also be different – you alternate the red A and white A blocks, and turn some upside down so there is a random pattern – not consistent white and red stripes). 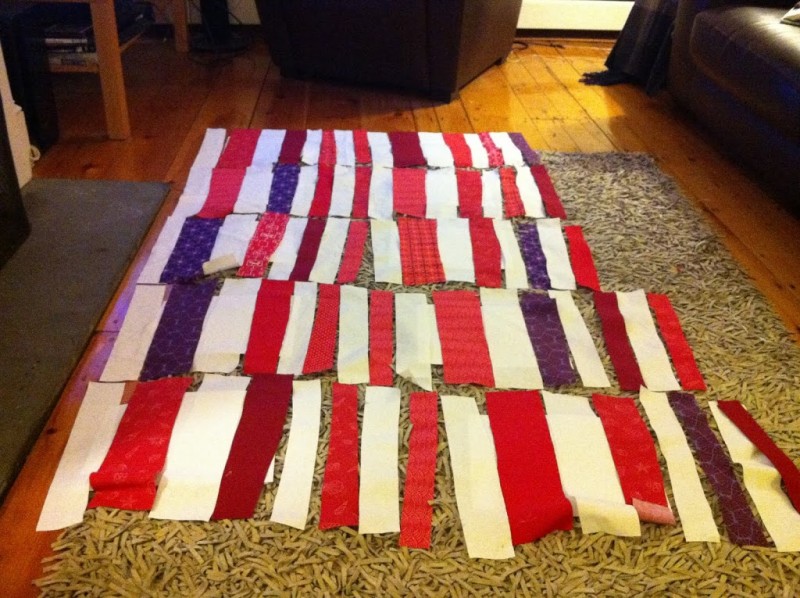 Given there wasn’t enough room to lay them all out, I went for the “pile” approach where you lay each piece on top of each other (i.e. A at the top, then B, C etc.) and pin the block together. And here’s the final result: 33 white A blocks, and 23 red A blocks. 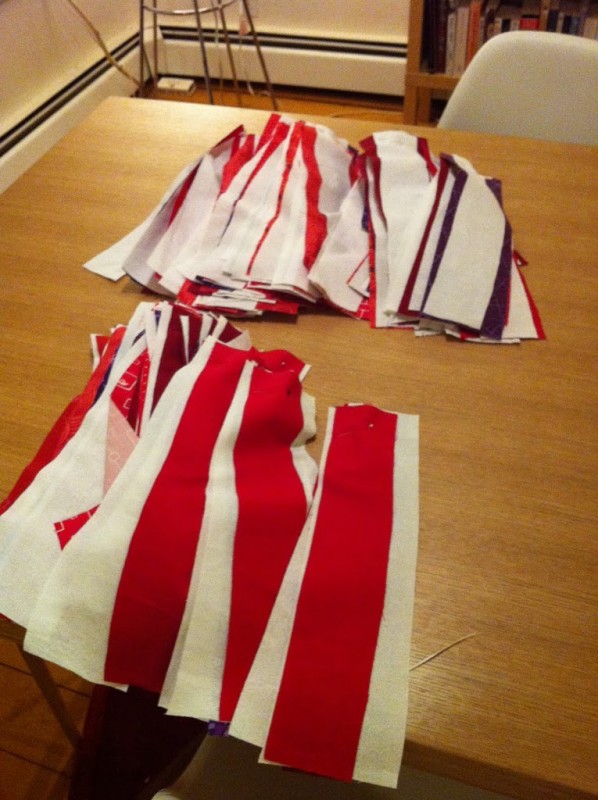 Next up: sewing. While prep has been fairly rapid, I think that the next stage is going to take quuuite a long time. Wish me luck.
Share:
You might also like